The Buddhist gods, meditating in their sequestered shrines which peep out over the cliffs of Jiuquan in northwest China's Gansu Province, have witnessed the desert change over a millennium. Although this pivotal oasis along the ancient Silk Road may appear a small sandpile without any unique characteristics, for the trading and cultural exchanges of the East and the West, this couldn't be further from the truth.

It is a common question for the tour operators like us.

What to Visit in Jiuquan?

Jiuquan has been a transportation fortress from the Central Plains to the Western Regions. Yangguan Pass is a crucial gateway to ancient Chinese land transportation and the necessary pass of the Silk Road. The Jade Gate is an essential military pass and traffic route during the Han Dynasty. Dunhuang is one of China's representative business cards, and it contains an incredibly profound cultural background. Dunhuang studies such as study the Mogao Grottoes have long been widely discussed internationally as a subject. Among them, the Echoing Sand Mountain & Crescent Moon Spring, and Yardang Landform are unmissable desert wonders. 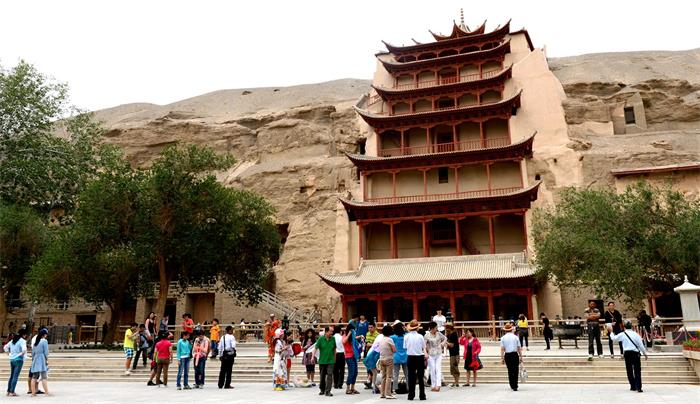 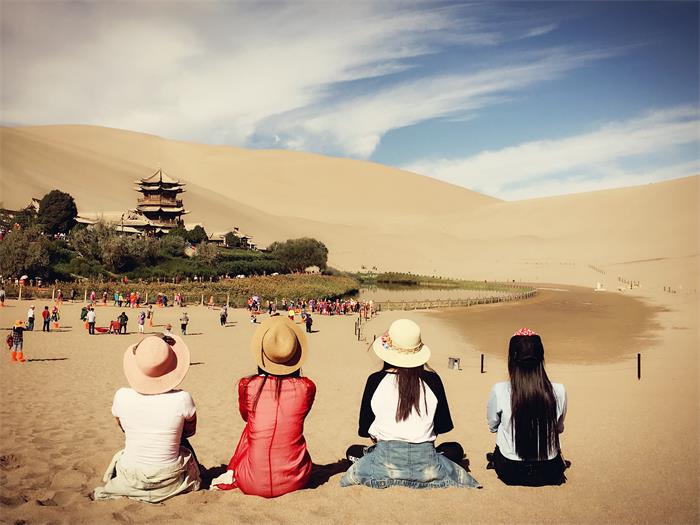 Jiuquan Satellite Launch Center is the earliest and largest integrated missile and satellite launch center and is currently the only operated space launch site in China.

The history of the Jiuquan can be traced back to the legendary era of mythology. The long history and unique geographical location have also created a vibrant, diverse, and profound culture. As early as the long Neolithic age, the ancient Qiang people, known as the "Western Shepherd," created a Fire Burning Valley ( Huoshao Gou ) culture. Later, the nomadic people galloping on the vast grasslands carved their hopes and feelings for life on the rocks, injecting a thick connotation into the rough and bold grassland culture. The Great Wall of Han and Ming Dynasty, Yangguan Pass, and Jade Gate ( Yumenguan Pass ) has added the splendid history record to the majestic Great Wall culture. The ancient caves, including Mogao Grottoes and Yulin Grottoes, have represented the art of Jiuquan. The ancient Great Wall and Guanai Ruins represented by Jade Gate, Yangguan, Han Great Walls, and other beacon towers, etc., all trace the old style have shown the variety of the Jiuquan culture.

Climate and Environment of Jiuquan:

Jiuquan is located in the northwest inland, with a vast territory, and the Gobi and desert in the area. It belongs to an arid continental climate, with dry and cold weather, and rare precipitation. It is dry and hot in summer, cold and long in winter, and the temperature is different between day and night. In winter and summer vary widely from 24.7 °C (76.5 °F) in July to −9.3 °C (15 °F) in January. The best seasons to visit Jiuquan are summer and autumn, which is to say in May, June, September, or October. At this time, Jiuquan has a comfortable climate, and you can also enjoy the magnificent scenery. Furthermore, there are few rivers in the territory, and the water source mainly comes from the Nanshan glacier snow area.

How To Get to Jiuquan:

There are three ways to go to Jiuquan: Flight, Train, and Driving

Many ethnic groups are living in Jiuquan, including Han, Mongolian, Kazak, Hui, etc., mainly Han. The Aksay Kazakh Autonomous County and the Subei Mongolian Autonomous County in the administrative divisions are significant settlements for ethnic minorities.