Grottoes of the Silk Road

The Silk Road is a civilized road connecting the Eastern and Western worlds. This road, across time and space, tells people about its vicissitudes of thousands of years of history. This road runs through the past, the present and the future.
Once the Silk Road was opened, the Buddhism was accompanied by the camel bells, crossing the Gobi desert and the snowy mountain plateau, coming with the tide and spreading to the East.
On the Silk Road, there are many historical sites, as one of the treasures on the silk road, these Grottoes have been well preserved from ancient times to the present.

Luoyang Longmen Grottoes
As one of the four major grottoes in China, Longmen Grottoes is a must-see attraction in Luoyang, Henan Province, bordered by the Yihe River, the grottoes are divided into two parts: the West Mountain and the East Mountain. The West Mountain Grottoes, excavated in the Northern Dynasty and the Sui and Tang Dynasties, are the essence of the Longmen. They include the Lushena Buddha statue of Fengxian Temple and the "Twenty Goods of Longmen" in Guyang Cave.
Longmen Mountain View is the first of eight sceneries in Luoyang since ancient times. As Bai Juyi once said, "Four Seizures in Luoyang, the victory of mountains and rivers, Longmen topped the list". it has picturesque scenery and the pines and cypresses, between the two mountains, the Yihe River ripples, and the silky surface ripples in layers, which is quite magnificent.

Tianshui Maijishan Grottoes
As one of the well-known grottoes in China, Maijishan Grottoes were excavated during the Hou Qin Dynasty of the Sixteen Kingdom Period.During the Beizhou Dynasty, Liyunxin built the Seven-Buddha Pavilion in memory of his deceased father. Emperor Wen Di of the Sui Dynasty ordered the construction of a Buddhist nun site. The present dagoba on the top of the mountain was rebuilt in the Qing Dynasty. A lot of the original temples have been destroyed, but a lot remain. There are very old frescoes dating from before the Sui Dynasty.
The artistic style in these grottoes show the influence of Central Asian cultures. The Maijishan Grottoes display the features of the culture of the Central Plains because its geographical position is near the Central Plains. The Yungang Grottoes, Sichuan Dazu Rock Carvings, Huangze Temple Caves and the Maijishan Grottoes impacted each other in style.
Maijshan Grottoes is an isolated mountain surrounded by steep cliffs and green plants. It has beautiful scenery, it can climb the cliff's overhanging trestle road, it can not only enjoy wonderful Buddhist art, but also appreciate the surrounding scenery and experience the excitement of the tunnel underfoot.

Lanzhou Binglingsi Thousand Buddha Caves
As one of the five major grottoes in China, Bingling Thousand Buddha Caves is on the cliff of Xiaojishi Hill. Located on a branch of Gansu part of the Silk Road, the Bingling Caves were started by some Buddhist monks from as early as the West Jin Dynasty (265-316) though the official carving began in 420. After many years' work, there are 183 caves existing with 694 stone statues, 82 earth statues and murals of 900 square meters (9, 688 square feet). Another pleasant surprise on your way to Bingling Caves is the beautiful Liujiaxia Reservoir. The crystal water lying among the yellow earth mountains is quite a sight. At the end of the Reservoir, the green water connects to the yellow water while the blue sky connects to the yellow earth. Perhaps this can only be experienced in Liujiaxia.

Wuwei Tiantishan Grottoes
As one of the well-known scenic spots in Gansu province, Tiantishan Grottoes are situated on the Huangyang River, about 60 km south of Wuwei (originally Liangzhou) and Twere excavated during the Northern Liang dynasty (397–439 CE).
On the basis of the style, content, and inscriptions on the wall paintings and landform, archaeologists believe that the Tiantishan grottoes may be the Liangzhou grottoes mentioned in historical documents, such as the Fa Yuan Zhu Lin. According to historical records, the Liangzhou grottoes were ranked with the Yungang and Longmen grottoes as the three major cave temple sites to have exerted profound influence on the development of Chinese painting and sculpture.

Dunhuang Mogao Grtottoes
Mogao Grottoes, also known as Thousand Buddha Caves, are located in the southeastern side of Dunhuang City. Grottoes were built in the Eastern Jin Dynasty and the Sixteen Kingdoms Period. Grottoes were excavated for thousands of years until the end of the Yuan Dynasty. With a large number of murals, grottoes, cultural relics and so on, it is a world-famous Buddhist art resort. Here you can enjoy the large-scale and rich content of grottoes and mural art, but also through explanations and movies to show the development history of Buddhism in Dunhuang for thousands of years, is the first choice for tourists to visit Dunhuang.

Turpan Bezeklik Caves
Bezeklik Caves was excavated in the late Northern and Southern Dynasties, as one of the Buddhist centers in the Western Regions, There are 83 numbered caves; among them 40 preserved murals totaling 1200 square meters. These caves are first excavated in Qu`s Gaochang period. The exising caves were reconstructed or newly extended by Uighurian people. In some caves one can find that Buddhish murals are painted on Manichean murals. Themes of the murals are mainly the stories about causes. On front walls flanking the door of the cave are generally painted Uighurian donors and written Chinese and Uighurian inscriptions. The Bezeklik Caves now is a major cultural site under state protection.

Kuqa Kizil Grottoes
As one of the four main grottoes in China, Kizil Grottoes excavated on the cliff of Qul-tagh Moutain by the Muzart River. The listed 236 caves can be divided into four parts: west of the valley, inner valley, east of the valley and back mountain, the shape of caves and the murals inside all have a vivid style of ancient Qiuci area.
Compared with other grottoes, Kizil Grottoe is an earlier and largest grotto in China. Its special grotto shape, mural theme and artistic style profoundly reflect the situation of Qiuci Buddhism, represent the cultural and artistic level of the Qiuci nationality, and is an important place to visit and study the Buddhist culture and art. 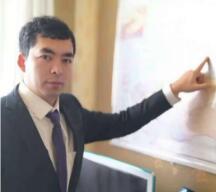 About the author - Ali

I have been working as an english guide for ten years,I feel so great whenever I see my clients have smiling face .Your satisfaction is my goal.It is my honor to be your guide. All of my visitors are welcomed . With our trip, you will be invited to taste sweet grapes, melons and plums,dry fruits , drink tea, and join the lively dancing. Grapes and Hami melon are well known in the market for their sweet and juicy taste and loved by both the domestic and overseas customers.