Kuqa was known as Qiuci in ancient times; it is one of the essential towns on the ancient Silk Road. Kuqa is known as the "Hometown of Songs and Dances," "Music Land of the Western Regions," and "Hometown of Melons and Fruits."

What to Visit in Kuqa?
Kuqa is a national historical and cultural city; here, we mapped out some tourist attractions, including Tianshan Mysterious Grand Canyon ( Kuqa Grand Canyon ), Kizil Thousand Buddha Caves, and Kuqa Royal Palace, etc.
Kuqa Grand Canyon is called "Kiziliya" by the local people, which means "red mountain cliff" in the Uyghur language.  It is a rare natural wonder in China that exhibits the typical yardang landform's typical character with its rocks covered by many ridges and grooves in either bright red or golden yellow. 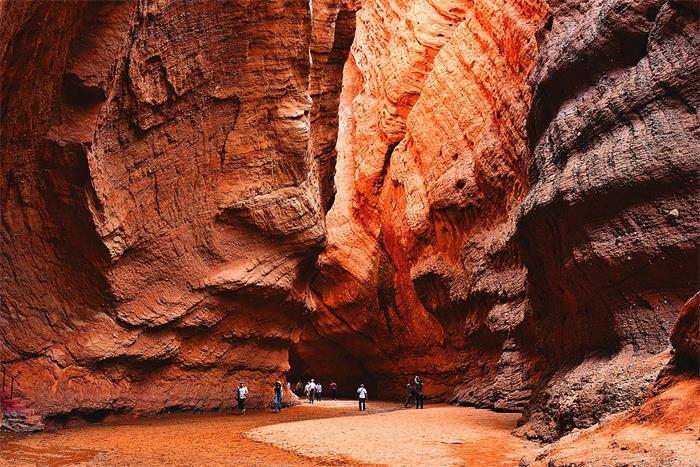 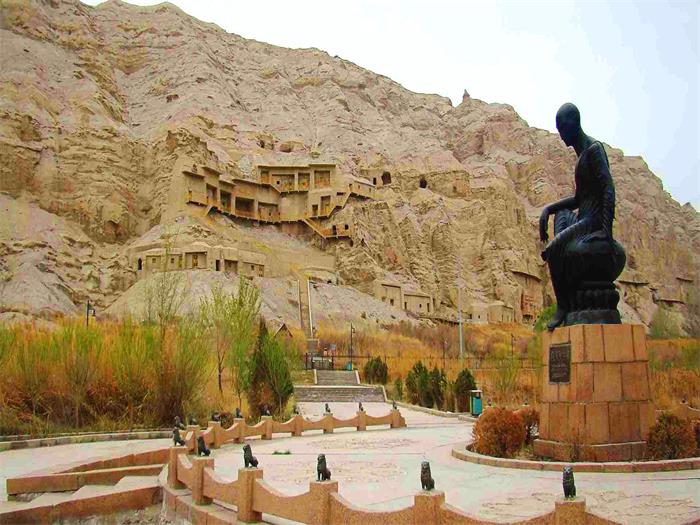 Kizil Thousand Buddha Caves is one of the "Four Great Grottes" in China; the caves are representative of the Qiuci Grottoes. However, these caves were severely damaged due to historical reasons such as invasions and plundered by Western explorers. Just admiring the remains, you will be stunned by the exquisite murals & art.
Kuqa Royal Palace is the best travel destination to experience the profoundness of the Qiuci culture and learn the story of the royal family's glory and disgrace, as well as the history of social and economic development in Kuqa.
Kuqa Old Town is the maze-style towns featuring Islamic culture; it inhabited by residents who have lived here for generations, and they still keep traditional customs. Communicating with them is a very exciting and impressive experience.
Note: Please read this if you are interested in Kashgar Old Town.

History and Qiuci Culture in Kuqa:

Kuqa belongs to a warm temperate continental arid climate; due to the complex landforms in the territory, there are apparent regional climate differences. The annual average temperature is 9.9-11.5℃, with the rare precipitation, hot in summer, cold and dry in winter.
Best time to Visit Kuqa: September - October


How to Get to Kuqa:

Kuqa has excellent geographical and transportation conditions. National Highway 314 and 217 run through the county, and Dushanzi - Kuqa Highway connects the north and south of Tianshan Mountain; the southern Xinjiang railway connects with the Eurasian Continental Bridge; the route of Qiuci Airport runs directly to Urumqi and other places.