Post Time:2020-01-16 Views:
Tian Shan Mountain- Name Card of Xinjiang
Tian Shan is located at northwest of the Taklamakan Desert and due north of the Tarim Basin in the border region of Kazakhstan, Kyrgyzstan, and Xinjiang in northwest China. In the south area, it connects with Pamir Highlands and to northeast it meets the Altai Mountains of Mongolia. The east parts of Tian Shan is known as Bogda mountain. Chinese cartography from the Han Dynasty to the present agrees, with Tian Shan including Bogda moutain and Barkol ranges. 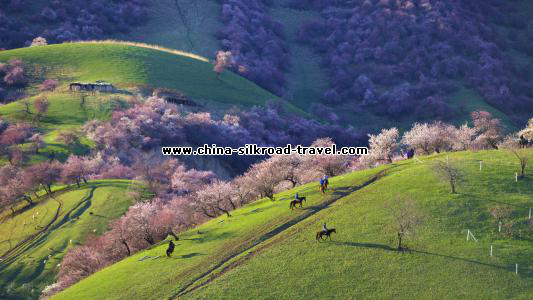 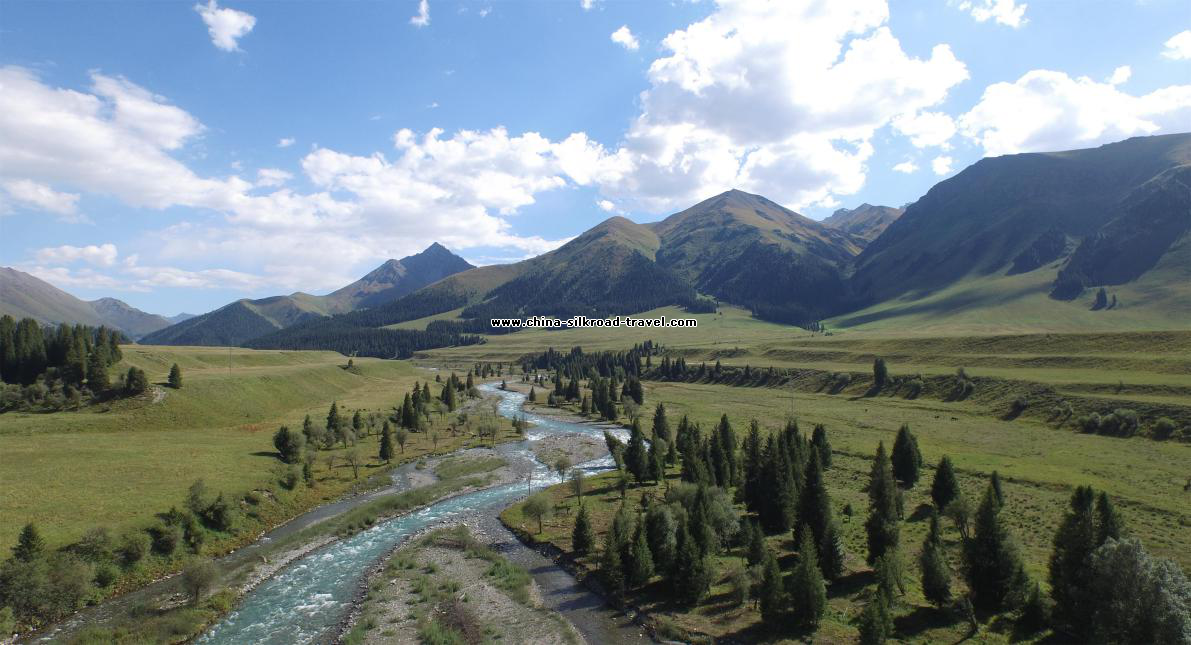 The highest peak in Tian Shan is Jengish Chokusu on the border of China. At 7,439 meters high, it is the highest point in Kyrgyzstan. Tian Shan's second highest peak, Khan Tengri (Lord of the Spirits), straddles the Kazakhstan-Kyrgyzstan border and at 7,010 meters is the highest point of Kazakhstan. Mountaineers class these as the two most northerly peaks over 7,000 meters in the world.
The Torugart Pass, at 3,752 meter, is located at the border between Kyrgyzstan and China's Xinjiang province. The forested Alaty ranges, which is at a lower altitude in the northern part of Tian Shan, being inhabited by pastoral tribes that speak Turkic languages. Tian Shan is separated from the Tibetan Plateau by the Taklamakan Desert and the Tarim Basin to the south.
The major rivers rising in Tian Shan are Syr Darya, Ili River and Tarim River. Aksu Canyon is a notable feature in the northwestern Tian Shan. Continuous permafrost is typically found in Tian Shan starting at the elevation of 3,500-3,700m above the sea level. Discontinuous alpine permafrost usually occurs around 2,700-3,300 m, but in certain locations, due to the peculiarity of the aspect and the microclimate, it can be found at elevations as low as 2,000 m.
Glaciers in Tian Shan Mountains kept shrinking rapidly and have lost 27% of its ice mass, or 5.4 billion tons annually, since 1961 compared to an average of 7% worldwide.It is estimated that by 2050 half of the remaining glaciers will melt.

Tian Shan starts north of Kumul City (Hami) with U-shaped Barkol Mountains, from about 600 to 400 kilometers east of Urumqi, while Bogda mountain (god mountains) is from 350 to 400 kilometers east of Urumqi. There is a low area between Urumqi and the Turpan Depression. The Borohoro Mountains start just south of Urumqi and continuous northwest 450 kilometers, separating Dzungaria from the Ili River basin. Their north end abuts on the 200 kilometers (120 mi) Dzungarian Alatau which run east northeast along Sino-Kazakh border.

In the Karakol valley (Issyk-Kul Region, Kyrgyzstan).)
Snow-capped peaks of Tian Shan seen from an Issyk Kul Lake beach
In Urumqi , people can easily see Tian shan Mountain while hanging out on the streets. In my childhood, my families and friends often go to Tianshan Grand Canyon or Tian Chi (Havenly lake) for a picnic by Car. People always bring grill, pans, coal, seasoners, water, rice and sometimes even one whole sheep etc. Renting a private tent from Kazak herdsman and enjoy two or three days vacation with family inside the mountain. Currently, the travelers to Tianshan Grand Canyon or Tian Chi (Havenly lake) can not fire for cooking, due to the regulations of the administration of committee of forest, to prevent the forest fire. And more and more volunteers using the free time to Tianshan to collect the rubbish during the travelling season.