As one of the historic Xinjiang Tour destinations along the silk road, where you can visit the historical relics and experience the history of Gaochang State.

Introduction of Gaochang Ruins:
Gaochang Ruins is situated at Mutougou Delta about 40 kilometres east of downtown Turpan. It is the central town of Turpan Basin from the Western Han Dynasty to the Yuan and Ming Dynasties (1st century BC-14th century A.D.). It has gone through the periods of Gaochangbi, Gaochang County, Gaochang State, Xizhou and Gaochang Uighur in the Tang Dynasty, and the time span is about 1400 years.

What to visit in Gaochang Ruins?
The existing Gaochang Ruins is shaped largely as an irregular square, Including outer part, inner part and court part. The wall of the outer city is 12 m thick, 11.5 m high and about 5.4 km in circumference: it is made of hammed earth, 8 to 12 cm thick with a small amount of clay blocks and very clear pot holes, in the perimeter there are well preserved protruding abutments. In the south could be three gates and in the other directions two gates for each. The gate on the north side in the west is best preserved with zigzagging barbican.
The inner city is located in the middle of the outer city, where the walls were all made of hammed earth and well-preserved on the west and south sides which was built earlier than the outer city. For court city, located at the northern end the north wall is the north wall of the outer city and the south wall is the north wall of inner city.
Let's continue to visit, when you enter the scenic area, you will see a large monastery in the southwest of the outer city. Xuanzang, a great monk of the Tang Dynasty, was once passed Gaochang state, when he was travelling to the west to collect sutras. In the spring of the second year of Zhenguan (628), he lectured in this monastery for more than one month.
In addition, there is a small irregular square castle in the north of the inner city, which is called "Khan Burg" by the natives. In 1961, Gaochang Old Town was listed as a national key cultural relic protection unit.

When is the best time to visit?
Every March to September are the best time to travel to Turpan, among them, from June to July is the hottest time in Turpan, the temperature will be above 40 degrees.
Though spring may be cooler, but there are often sandstorm that are much harder to deal than the heat.
Autumn is probably the ideal time to be here though the winter can come fast, bringing with it the biting cold of the desert.
By the way, the annual Turpan Grape Festival will be held in August, so at that time, tourists can not only taste the juicy grapes, but also enjoy the various of traditional Uighur activities and performances, such as Dawazi performance, Mukam folk songs and dances and so on, that is quite worth to visit.

Historical sites of Gaochang Ruins:
The historical relics which was unearthed in Gaochang Ruins include pottery, copper, iron, wood and stone tools to name just a few. Among them, potteries are the main historical relics, and most of them are pottery fragments, according to the characteristics, it can be divided into urns, cylinders, pots, pots, bowls and calves, pots and urns. The mural fragments unearthed in No. 1 dwelling house are Thousand Buddhas with round face, fat body, high hair bun, shoulder-length clothes and bottom of lotus seed, which is obviously the artistic style of the Tang Dynasty.
The "Kaiyuan Tongbao" was unearthed in the stratum south of No. 1 dwelling house, and the No. 3 dwelling is superimposed on the eastern part of the building. Moreover, "Jianzhong Tongbao" coins was unearthed near the Buddhist temples, and Song Dynasty "Huangsong Tongbao" coins unearthed in the upper collapsed soil.

Travel tips of Gaochang Ruins:
1.Turpan is located in the basin, but tourists are still suggested to prepare sunhats, sunglasses and moisturisers.
2.Tourists have to respect the life and beliefs of the local minorities.
3.Travelers can take a leisurely tour by donkey cart in the scenic area.

How to get there?
The scenic spot is far from the urban area, so tourists are advised to charter a car to get there.
Self-driving route: Turpan City - Old City East Road - Donghuan Road - G312 - Lianhuo Expressway - X052. 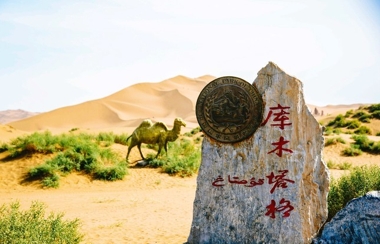 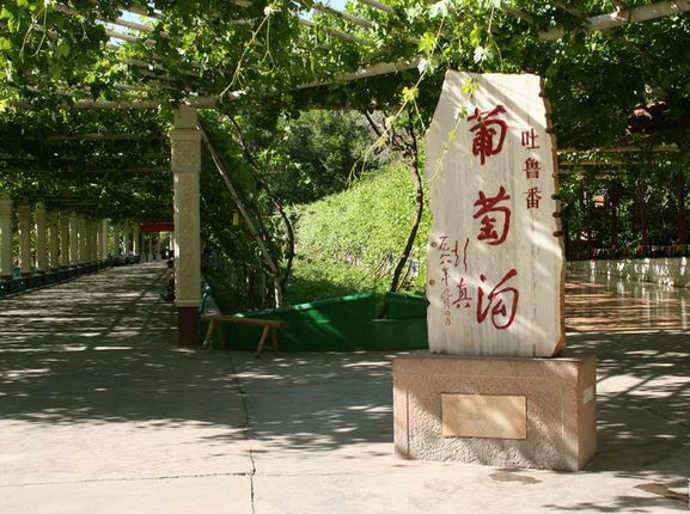 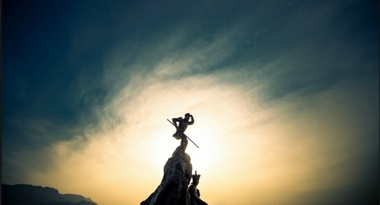 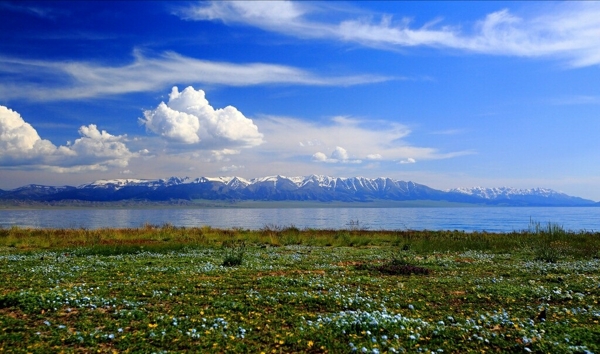