Qinghai is located in the eastern part of the Qinghai-Tibet Plateau; it has abundant history and humanity scenery. From the splendid Qinghai Lake to the fertile grasslands, we will unveil the top attractions in Qinghai.

What to Visit in Qinghai

Qinghai Lake: The largest inland lake and the largest saltwater lake in China, is surrounded by mountains on three sides with magnificent sceneries. Plateau lakes and grassland, snow-capped mountains, and deserts made up the primary landscape of this area. 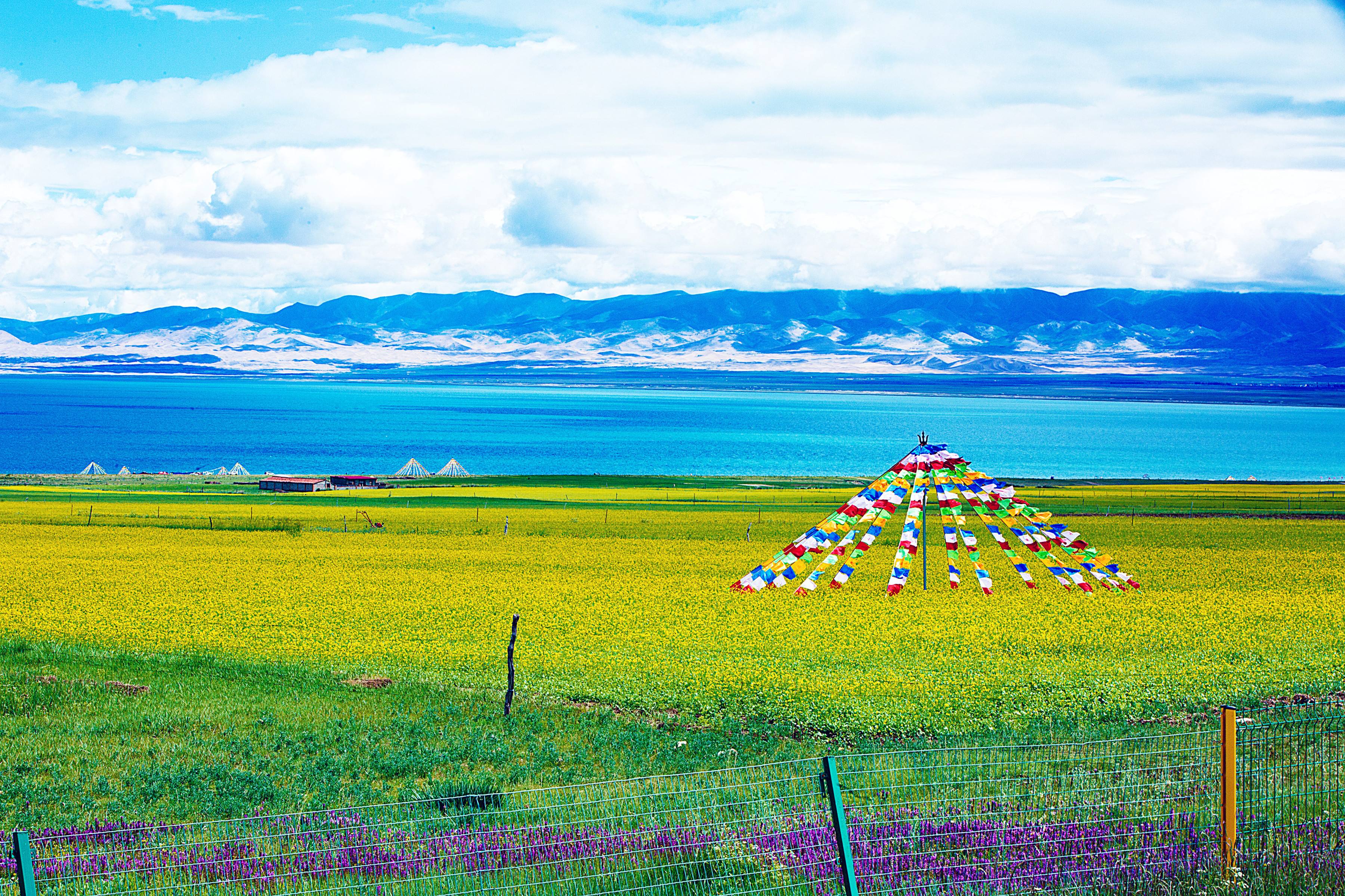 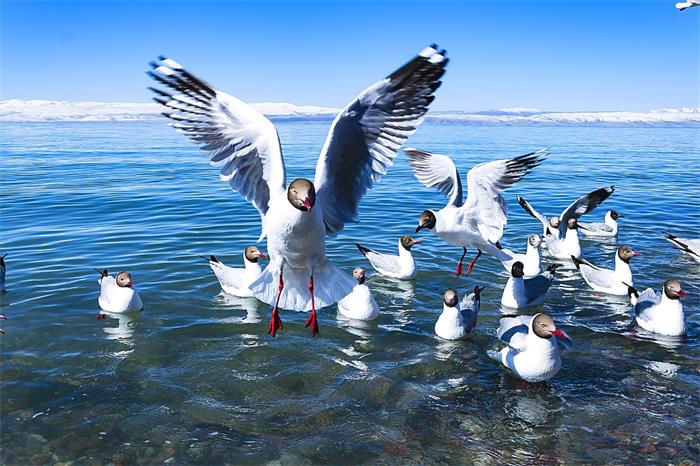 Bird Island the most attractive area of Qinghai Lake. Every April to June, migratory birds amounting to 100,000 are seen perched on the islands, very spectacular Bird Island mainly consists of two small islands of different sizes, with the one in the West called Haixishan, also Egg Island. The big island in the east is Haixipi, with bar-headed goose, fish birds gulls, brown-headed gulls as the main types of birds. With complete tourist facilities, Bird Island is the most popular attraction of the Qinghai Lake.

Erlangjian is formerly known as 151 Base; it is the test base for torpedo's first emission. The scenic spot meandering its way to the Qinghai Lake abounds for ecological and natural resources, such as grassland sandy beaches, animals and folklore activities. Attractions are Bird Viewing Platform, Deer Viewing Garden, Lake Viewing Bridge, Lake Viewing Pavilion, and sculpture "Four Auspicious Animals."

Sand Island is formed by the lake dune protruding out of the water and is accumulated by wind and sand. It is like a crescent-shaped dune floating on the water. The rolling sandhills on the lake's eastern shore constitute a unique desert landscape in the lake area. The northeastern end of the Sand Island has been connected with the lake's coast, where you can see scattered lakes, flocks of birds, green grass. The water and the sky merge in one color. The scenic area is facilitated with a large variety of sports entertainment.

Fairy Bay features a wetland where it is the home to the rich biodiversity on the Earth, referred to as the Earth's" "kidneys." This place has a large Tibetan culture deposit with Aromatic Plant Burning Platform, Lake offering Altar and Pulpit construction, and their stories. It is the home of whooper swan in winter and the ocean of flowers In summer.

As the biggest monastery of Tibetan Buddhism in Qinghai Province, Kumbum Monastery (Ta'er Si) comprises the Han and Tibetan art styles with more than 1,000 yards and 4,500 halls and temples such as the Great Golden Roof, the Small Golden Roof. The Longevity Hall, the Great Hall, and Ruyi Tower. Ta'er Monastery is rich in fascinating arts. The famous murals. The parabolas. And the butter sculptures are considered to be the three most unique arts of superb craftsmanship. 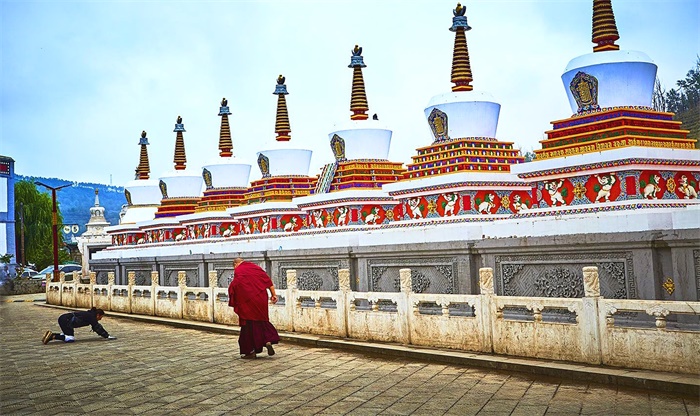 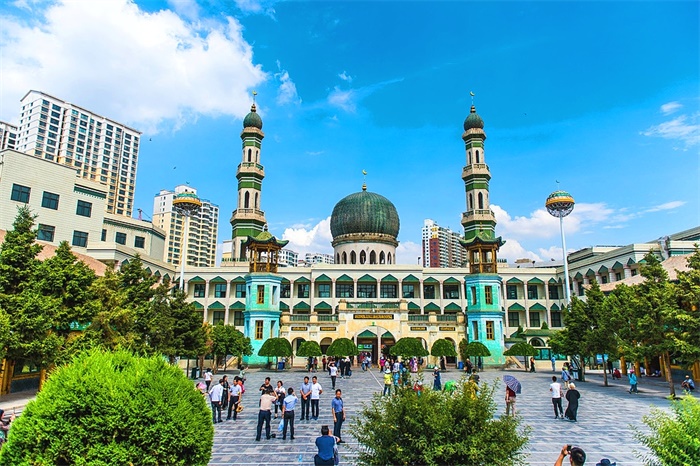 Dongguan Mosque is the perfect combination of the ancient Chinese architectural features and Islamic style. The building is decorated with carved beams and painted roof. It is glorious, magnificent, very bright, and spacious. It can accommodate more than 3,000 Muslim prayers.

Ma Bufang Official Residence, known as "Sweet Cottage formerly was the private residence of Ma Bufang and later was kept as a museum. The house comprises the front yard, the mid yard south yard, west yard, No. I west yard, No two west yard. No. Three west yard and the back garden. Blind passes connect all the yards and major halls and houses. The design of the compound is exquisite and delicate, and the building simple and elegant.

Beishan Tulou Taoist Temple, also known as "Northern Buddhist Temple," is the earliest religious building in Qinghai Province. The Temple has a diverse landscape blended with Buddhism and Taoism. The old buildings are hidden among green pines and cypresses and flowers neatly and orderly. The existing buildings are the Palace of the Queen Mother of the West, Lingguan Palace. Xuannu Palace, Cheng Huang Palace, Sanqing Palace, and so on.

Known as Qinghai's Xishuangbanna, Mengda Heavenly Pond is enclosed by 550 kinds of ancient trees, including spruce and Huashan pine. Some rare animals and birds can be seen in the dense forest, including blue sheep and snow cocks. As a perfect health resort, this area has become a nature reserve.

Longwu Monastery is the most famous and largest Tibetan Buddhist monastery in South Qinghai. Before entering this holy place in Amdo, you will see a substantial gold-white Guanyin statue on the Temple square. The yellow gate of Longwu Temple stands majestically, and the black lacquered plaque on the door reads "Longwu Grand Temple," which is quite solemn.

Wutun Temple( Sengeyangxia Temple ) has a large Sutra Hall, Maitreya Hall Protector Hall, and a tea house covering 80 acres. Many important cultural relics are collected in the Temple, including sandalwood carving, Maitreya Buddha, and other provincial cultural relics of the Qing Dynasty.

Kanbula National Forest Park is located in the northwest of Jianzha County, Huangnan, 130 kilometers away from Xining. The Park has a spectacular view, which is the typical Danxia landform. However, Cambra is also the birthplace of Tibetan Buddhism after the Houhong period, Zhongzaxi Temple, Nanzong Temple, nun temple, to name just a few. Due to the rich cultural connotations, the Park has already become a holy place for Tibetan Buddhism.

As the Bayan Har Mountains' highest peak, Nianbaoyuze Peak is 5, 369 meters above sea level, and famous for its unique, magnificent, and precipitous views. Here, mountains rising one after another with the central peak covered in snow all year round The spectacular ice and the cliffs and the 180 lakes, convey a mysterious veil. Now this place has been designated as a national geological park.