Today your flight will touch down in Xining, the capital city of Qinghai. We will expect you at the airport after your baggage reclaim and customs clearance, and then escort you to check in at the hotel. Relax during the rest time of the day to recover from the jet leg and prepare for your pilgrimage tour.
Accommodation: In Xining 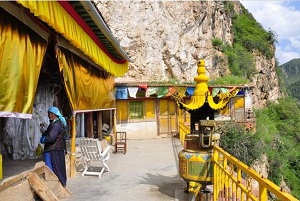 After breakfast, we will meet you at the hotel lobby and head to our first stop Datong Hui Minotity People's Autonomous, visit the Guanghui Temple, is located in Datong County, formerly known as Guomang Temple, Guanghui Temple back from east to west rolling hills Huang Po Pass, the face of lush, evergreen pine kite ditch. Surrounding ground open flat, fertile fertile phase. After that, transfer to Huzhu County, visit the Chuzang Temple, one of the four famous Tibetan monasteries, it is a Tibetan Buddhist monastery of Gelug sect in the Huzhu County of Qinghai province, China. Monastery was founded in 1649 during the reign of the Khoshut Mongols inside the Khoshut Khanate. In the 1950s it had about 150 monks. During Cultural revolution was mostly destroyed and now being recovered. Then we are going to Gonlung Monastery, it is composed of a lower monastery complex with several temples and meditation halls and an upper, smaller hermitage that has meditation caves where Buddhist monks go to meditate silently for months or even years. You can explore the courtyards and monastic halls of the main temples and meditation halls.
Accommodation: In Xining 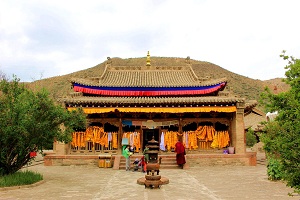 This morning, you will start your journey from Ping’an County, visit the Baima Si, "Temple of the White Horse", a major lamaist monatery. It is a Buddhist temple built into the sandstone cliff north of Ping'an county town. thereafter, we will drive to Ledu, visit the Drotsang Gonpa, located just 20 kilometers south of the county town of Ledu, as is often referred to as "the mini Forbidden City" by the local. This Tibetan temple has been strongly influenced by the Han architectural style of Ming Dynasty, the murals and frescos there are extremely valuable and rare. then we will drive to Tongren, upon arrival, visit the Wutun Monastery, which is located in the Wutun village just outside of Tongren; the Temple is divided into the "lower" and "upper" temple. This classically styled temple is filled with ancient Tibetan treasures: frescos and weavings. The temple is widely renowned across Qinghai; these two half-temples combine a comprehensive record of the religious history of Tongren and Qinghai.
Accommodation: In Tongren 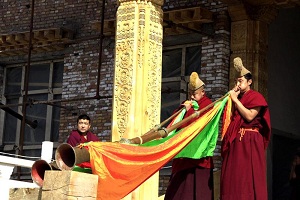 Breakfast at the hotel, you will first visit the Longwu Temple, it was first built in 1301. It has a history of 699 years. Longwu Temple faces the east. It has grand architecture scale, stately model, and luxurious decoration. Then we will head to Hualong, visit the Xiaqiong Monastery, one of the oldest Tibetan Buddhist Monasteries in Qinghai, It is the birthplace of Tsongkhapa, the founder of the Gelug sect of Tibetan Buddhism, Since its founding, the Xiaqiong Monastery has built successfully the Miaoyin Bodhisattva Hall, Maitreya Hall, Goldcrest Hall, Atisha Hall, Vajra Hall, Zhizha Buddha Hall, Incense Hall, Ksitigarbha Bodhisattva Hall, Jianhe Maitreya Hall, Mountain Buddha Hall, Protector Deity Hall, and eleven other halls, constituting a combination of Han and Tibetan art styles in the ancient architecture. After that, proceed to the Ditsa Monastery in Hualong, a very pure, Gelugpa monastery with strict discipline. If you can take some time off to visit Ditsa Monastery, what you see will increase your faith in the Buddhadharma.
Accommodation: In Guide 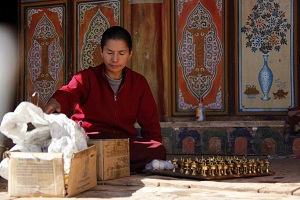 This morning you will visit the Nanzong Buddhist Nunnery, located in the area of Kanbula, where the religious cultures are very advanced. It is also the birthplace of Tibetan Buddhism in its later period. Nanzong Buddhist Nunnery and Nanzongzha Temple are the only religious Buddhist places with monks and nuns coexist with each other in Qinghai Province China. Afternoon drive back to Xining, visit the Ta’er Monastery, Located 26km south of the Xining city proper, the sacred Kumbum Monastery, or Ta'er Si, is the best of the sights in the Xining area. The ancient monastery, built during the 39th year (1560 AD) of the reign of emperor Jiajing of Ming Dynasty, boasts a Tibetan name, Kumbum, which means a grand place housing 100,000 Buddhas.
Accommodation: In Xining

According to your international flight schedule, we will pick you up from the hotel and transfer you to the airport. Wish you a pleasant journey home.