Dunhuang: From Silk Road to Belt and Road

Post Time:2019-10-26 Views:
Set on the edge of the Silk Road, Dunhuang may seem like an unlikely place to find an oasis of Buddhist art. With towering dunes in the background, the caves here reflect the power of divine inspiration.

Introduction of Dunhuang:
Dunhuang City, in northwest China's Gansu Province, is a pearl on the ancient Silk Road. It is more than a city's name, it's a witness to the history of cultural treasures that date back thousands of years.
The first of the city's eponymous grottoes was built in 344 AD, spawning a collection of caves that have become symbolic of the city. 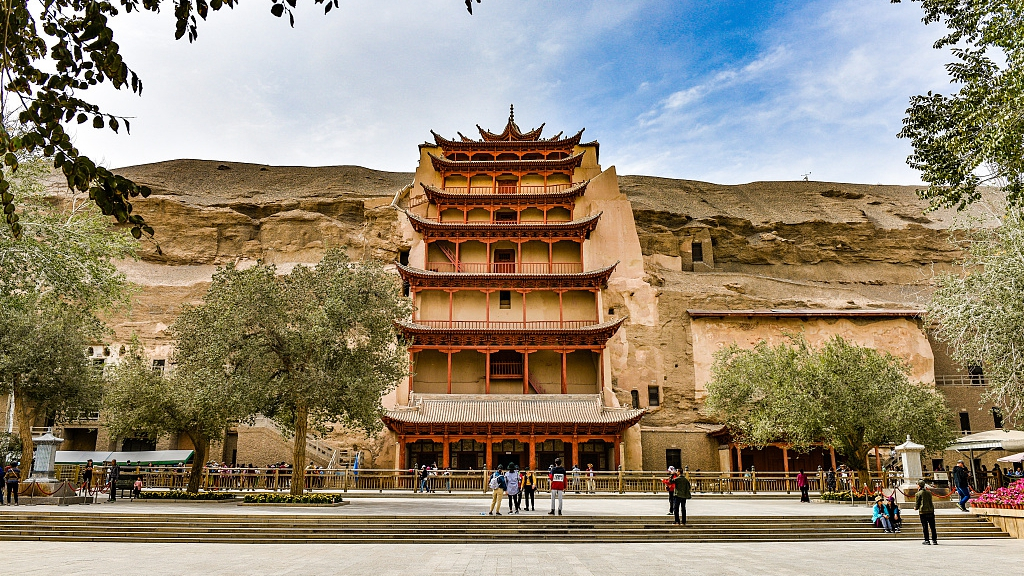 The benefits of the Silk Road
The Buddhist gods, meditating in their sequestered shrines which peep out over the cliffs of Dunhuang, in what is known as Jiuquan City in northwest China's Gansu Province, have witnessed the desert change over a millennium. Although this pivotal oasis along the ancient Silk Road may appear a small sandpile without any unique characteristics, for the trading and cultural exchanges of the East and the West, this couldn't be further from the truth.
Over 700 years ago, when Italian Marco Polo first visited Dunhuang, a city surrounded by a myriad of Buddhist grottoes, he was spellbound by the fusion of thriving international trade and vibrant culture. In his well-known book "The Travels of Marco Polo," the Venetian adventurer detailed the city as an international economic and cultural hub, for it created an unprecedented connection between the East and the West.
Centuries later, following the reinvigoration of the ancient Silk Road into the new Belt and Road Initiative, Dunhuang has once again caught the world's attention.
"Dunhuang, a city that boasts openness and respect to other cultures, preserves its ancient allure in the modern era, as international cooperation and mutual understanding between countries are highly desirable today. These core values are imprinted in the history of Dunhuang".

Mogao Grottoes:
The craving for global cooperation and respect to different cultures are part of the reason for China's rise as an ancient superpower. We can find evidence for this in the Mogao Caves. Rediscovered in 1900, the 1,652-year-old Mogao Caves are home to more than 2,000 exquisite sculptures and 45,000 square meters of frescos, featuring many different cultural elements. Here you can find Greek-style columns, abstruse manuscripts written in ancient Hindu, and decorative patterns originating from Persia.
In 2017, a Hungarian researcher proposed a scientific hypothesis, noting that the ancient cultural exchanges between the East and West may be more frequent than first thought after he discovered traditional Hungarian decorative patterns on a mural within the Mogao Caves.
As a well-preserved global cultural vault, the Mogao Caves have provided valuable materials for the restoration of some cultural relics along the Belt and Road. For many centuries, the Mogao Caves had been absorbing ideas and culture from Central and Western Asia, as well as Europe. People from these regions can easily find traces of their aboriginal culture here, showcasing the cultural fusion between China and its foreign counterparts.
Post: An impressive way to admire the Mogao Grottoes. 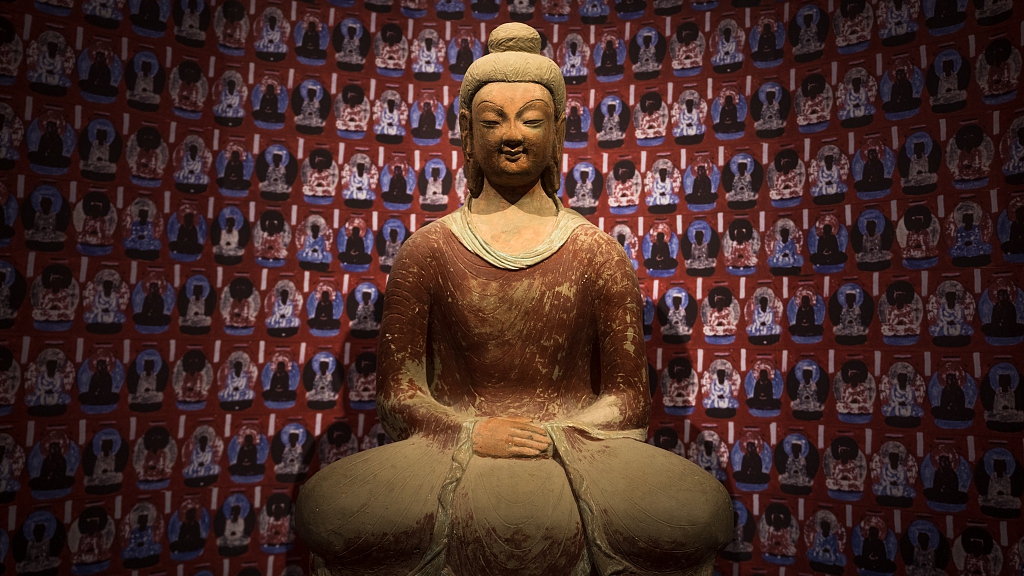 The Flying Apsaras
The apsaras in the Mogao Caves are the best example of such cultural fusion. Originating from Hindu Buddhist culture, apsaras are female spirits of the clouds and water, but in the Mogao Caves, the Hindu goddesses have developed a Chinese style, including both genders and connotations of Chinese mythology.
Read this post: Explore the Flying Apsaras in Mogao Grottoes. 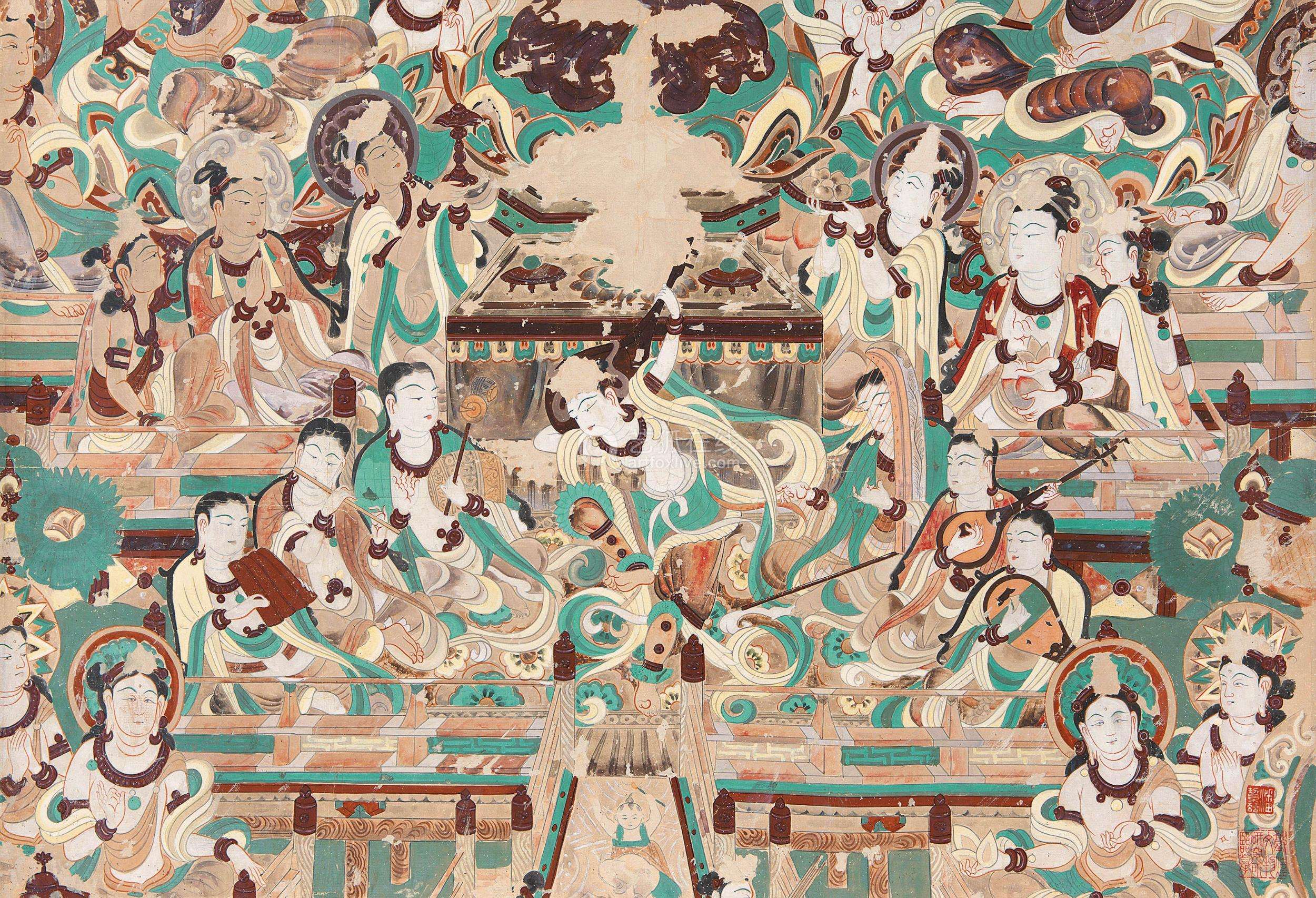 The digital display centre
In the digital centre of the Dunhuang Research Academy, seven graphic designers work on a digitization project to create a database to catalogue high-definition copies of the ethereal statues and murals, so that the dust-laden cultural relics can be turned into online-entertainment products, including games, cartoons and music in multiple languages. Among them, "Millennium Mogao" is an introduction to the history and culture of Mogao Grottoes, it will help the tourists to have a better understanding of Mogao Grottoes. Another "Dream Buddha Palace" is a ball screen film that shows a lot of caves that are not open now. 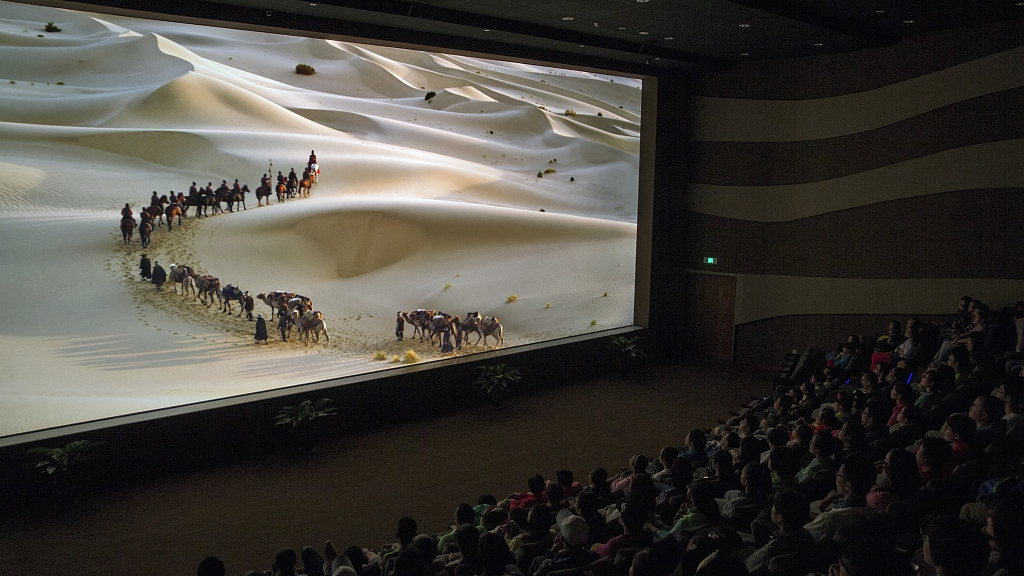 Travel Notice:
The total number of visitors is limited to 6,000 per day, so it is necessary to book your tickets in advance, especially during the peak season (May 1 to October 31). One can reserve a ticket online through the official website of Mogao Caves 30 days in advance.
Individual visitors who booked entrance tickets are required to provide their valid ID documents used for the reservation to get their tickets. Foreign visitors can use their passports.

Tips:
1. Transportation: Fly to Dunhuang Airport and the destination is about 25-minute drive from the airport.
2. In Mogao Grottoes, you are not allowed to use the torch and the mobile phones, The torch used by the commentator is a special cold light lamp, otherwise, it will have an impact on the murals. To protect cultural relics, please do not take pictures secretly! Camera flash can cause great damage to murals.
3. Caves are closed in severe weather, such as cloudy and rainy days or sandstorms.
4. Shuttle bus service is available between the caves and the Digital Exhibition Center.