The story of the flaming mountain

Post Time:2020-05-20 Views:
The story of the flaming mountain
The flaming mountain lay in the middle of the Turpan. Which is a bare stone mountain with no plants cover. It significantly influences the climate in Turpan Basin, and it’s like a giant natural dam of the underground reservoir in the basin.
There is a fairy tale said that the mountain was caused by the Monkey king , who is very famous in movie figure original from the Chinese classical novel - <Journey to the West>, this is the story: before the Monkey king started the journey to escort Monk Tang to India to get the Buddhist scriptures, he was a very naughty monkey and had a severe fight and made a lot of troubles in heaven. At last, he was been captured by God and jailed in a special oven, which was used to make the pills of immortality for the emperors. Instead of being burnt and melt down, the monkey was becoming to a immortality body, broke the oven and escape. One piece of oven bricks fell down from the heaven and dropped to the ground, the landing place is the flaming mountain. It made the flaming mountains so hot and so dry. In the early time, the whole range was full of the fire,it kept with permanent fire until a lady appeared in this area, whose named the iron fan princess. She had a magic fan which could control the fire of the Flaming Mountain. When she shook the fan once, the fire would be less strong, second shake would extinguish the fire, the third shake would create the wind and the rain. The local people had to pray and worship and sacrifice the animals and food to the princess for the rain and the water. When the Monkey king arrived at the place escort with his master - Monk Tang, they were stopped by fire. And the iron fan princess want to kill the Monk Tang. So monkey king fight with the princess into a fierce battle. At last, the Monkey king got the magic fan under the help of the Goddess of mercy, and defeat the princess, then Monkey king exerted all his strength to move the fan for 47 times. All the Monkey king had done not only put out the fire but also caused a big flood to this area. The water irrigated the fields, created a famous “Moon Lake”and provided enough drink water for all peoples.

Second, the legend story said: long time ago ,there was an evil dragon hiding in the deep side of Tianshan Mountain Range. It ate the children as sacrifice, destroyed the farmland and family houses, and didi a lot harm to the animals and lives. One Uygur guy ,named kalakhoja volunteered to kill the dragon, they fought and struggled, on the seventh day, Dragon was killed and cut into seven pieces, and the hero was too exhausted and dead. Their blood sank into the ground and dyed the rock and soil into reddish color. And the seven wounded parts changed into beautiful valleys full of trees, the seven parts are the Turpan grape valley, Turpan Thousand Buddha Caves,Turpan Tuyu Valley, Danxia Valley in Zhangye, Buring mountain in Changji, Kanas in Altay, Muztagh Ata in Kashgar. 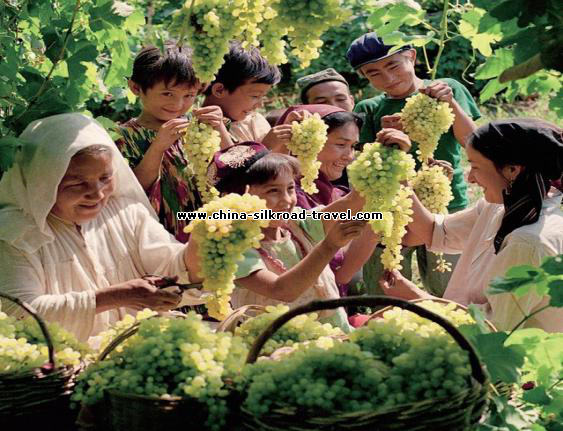 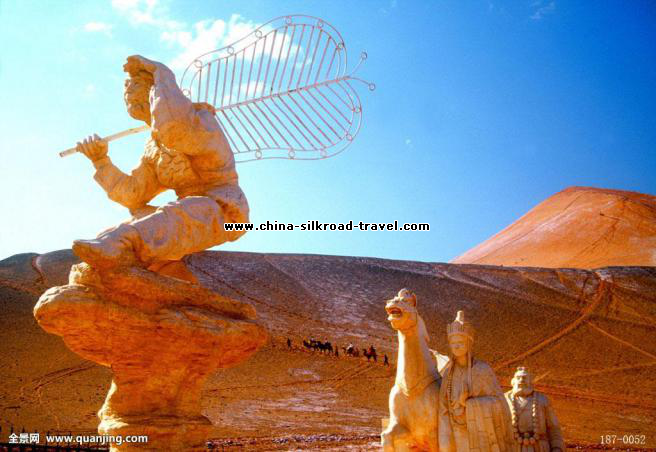 Flaming mountain is just like the Disney land in Turpan, actually the flaming mountain was formed in the orogenic movements of the Himalayas. In millions of years, the crust movements caused the natural weathering and the numerous folded belts, and have formed the undulating lie and crisscross gullies and ravines of the flaming mountains, under the blazing sun ,the red rock glows and hot air curls up like smoke as though it were on fire, hence its name. The surface temperature at the foot of the flaming mountain used to reach at about 80 C and local people said the eggs could baked under the sand .
Situated on the north route of the ancient silk road, the flaming mountains have many cultural relics and often told ancient tales - the unbelievable topography, splendid cultural relic. Welcome all visitors from the world.
Xinjiang Travel
Xinjiang Guide
China Tours
Silk Road Travel Guide
Travel Advisor