In China, there are many places with the same name, but the scenery is totally different. For example, there are two beautiful Tianshan Grand Canyons in Xinjiang.

Xinjiang mysterious Grand Canyon or Tianshan Grand Canyon also known as Kuche Grand canyon, it is located at the south foot of the Tianshan mountain. The Tianshan Grand Canyon is about 70 kilometres away from Kuche County and 1026 point of No 217 Highway. It runs from east to north, about 5.5 kilometres deep. Many years of natural erosion over the red rock have formed this natural wonder. The canyon is characterized by oddly-shaped rocks, craggy pinnacles, rugged cliffs and deep ravines. The width of the canyon changes due to the terrain. While the broadest point is 53 metre wide, the narrowest place is 0.4 metres, too narrow for one person to squeeze through sideways.

The ruin of thousand Buddha--Cave A-ai Grotto inside the canyon cannot be missed. These caves were chiseled at the zenith of the Tang Dynasty. The canyon is standing at the middle way of golden route, it is unparalleled landscape draws more and more visitors. 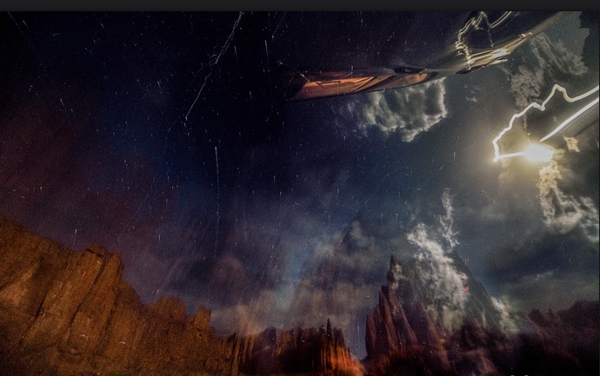