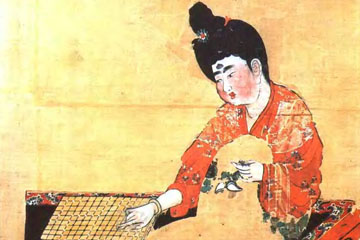 Our nice guide will meet you at the airport and then start your Xinjiang Adventure. City sightseeing in Urumqi.
Visit Xinjiang Museum, Erdaoqiao Market & International Bazaar,
Xinjiang Museum,the museum is the main institution to collect and investigate the unearthed cultural relics and specimens in Xinjiang. There are more than 50 thousand pieces of various kinds of cultural relics stored in the museum, among them, the ancient mummies represented by ‘the Loulan Beauty', manuscripts in Chinese, Kharosthi, Qiuci, Yanji, Tibetan, Uigurian and other characters prevailed in ancient Westen Regions, the silk ,wool, cotton and hemp fabrics and folk rainment, etc., are unusual tidbits in the world.
Erdaoqiao Market & International Bazaar The Erdaoqiao Bazaar is the largest in Urumqi. You'll find a bustling market filled with fruit, clothing, crafts, knives, carpets and almost anything that you can imagine. On Sunday, there are more stalls and more goods to buy than any other day. The old streets around the bazaar are really worth seeing.Here is the most welcomed place by tourist especialy by ladies where they can buy some traditional Uygur make up cosmetic. 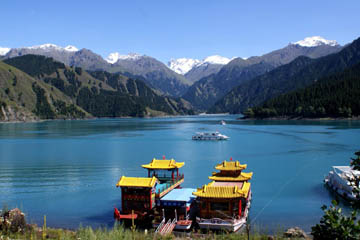 After breakfast head to Tianchi, experience the local Kazak's lifestyle in the deep of Tianshan Mountain.
Heavenly Lake, 110 kilometers from Urumqi, the Heavenly Lake is a long and narrow gourd-shaped moraine lake, 3400 meters long, about 1500 meters wide, 105 meters at the deepest point, with an average depth of 40 meters, covering an area of about 5.9 square kilometers. There are eight beautiful scenic spots in the lake scenic area, they are “A Ray of Stone Gate”, “Dragon's Pool and Green Moon”, “Magic Needle for Guarding the See”, “Three Stones Bearing the Sky”, “the Snowcapped Southern Mountain”, “Pine Billows in Western Mountain”, “the Hanging Waterfall”, and the “Sea Peak's Sunrise”.
Kazak Yurt, The yurt was fully decked out, with electricity and primitive coal-based heating. And decorated with over-the-top Kazakhstan carpets, draperies and details; LOVE IT! It’s large enough to sleep 10 people and includes all the necessary bedding 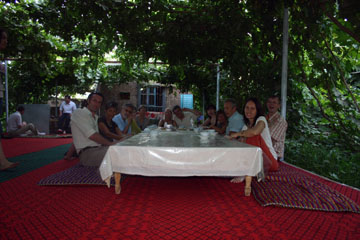 In the morning, enjoy the fresh air of the lake and take the nice pictures of the Tianshan Mountain. and after breakfast provided by the local Kazaks. Then head to Turpan, the famous for the grapes, hot weather and historical sites.
Upon arrival, visit Bezklik Grottoes, Astana Tombs, Tuyoq Valley.
Bezklik Grottoes . “Bezeklik”means “a place with beautiful decoration”. These caves are first excavated in Qu`s Gaochang period. The exising caves were reconstructed by Uighurian people.
Astana Tombs are the graveyard of the residents lived in the Gaochang City in the Jin-Tang times.. Between 1959 and 1975, a great number of cultural relics have been unearthed, including Chinese documents, textiles, epitaphs, coins, clay sculptures, pottery, wooden wares, silk-paintings, crops and foods ,etc.,. Known as “the Underground Museum.
Tuyoq Valley, constructed iin eastern and western cliffs in Tuyoq valley . more than 40 caves, there are 10 preserving murals. They are considered to be the earliest caves in Turfan, Murals are mostly damaged, but unique in style. 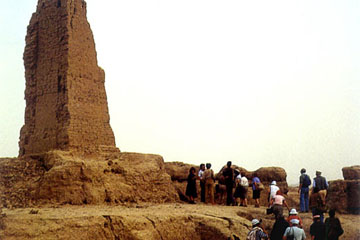 AM visit Jiaohe Ruined city, Karez Irrigation system, Sugong Minerat,
Back to Urumqi after lunch in Turpan. and then be transferred to the airport and fly to Kashgar
Jiaohe Ruined. running from northwest to southeast, 1760 meters long and 300 meters across at the widest part. The city includes city gates, streets and lanes, government office, temples, domestic houses, cave houses, wells, and an underground temple.
Karez Irrigation System is a unique irrigation system in Turfan, which, taking advantage of the slopes, draws the underground water to flow by itself to irrigate farmland. It consists of four parts: vertical wells, underground channels, ground canals and small reservois
Sugong Minerat was built in the 41st year of the Qianlong period of the Qing Dynasty,It is an embodiment of the ancient architectural arts of the Uygur nationality. The tower is 37 meters high and 10 meters in diameter at the base. The body of the tower is cylindroid in shape, built with bricks arranged in various symmetrical patterns on the outer wall. 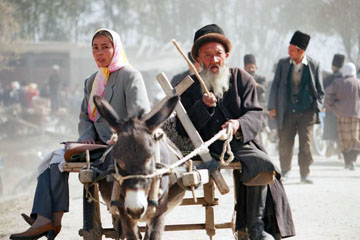 After breakfast visit the Sunday Bazaar,  Apak Hoja Tomb,Old Town.
Sunday Bazaar (livestock Market)Streets near this big market are choked on Sundays with farmers and buyers arriving by donkey cart, truck, bicycle, horseback, ute, motorbike or on foot, with their animals. It's loud, lively and cheerful as they arrive, eat breakfast, set up their animals and check out the action. Cattle, sheep (they definitely look different), goats, donkeys, horses have their own sections; sellers show their animals are "good eaters"(most go as livestock not meat) and the entire experience is fascinating and fun.
Old town will provide a sense of what this legendary Central Asian hub was like in the days when the Silk Road was at its zenith. 500-year old remnants of the city wall, narrow lanes and colorful multi-ethnic crowds combine to make Kashgar's historic district a highlight of any visit to the city. 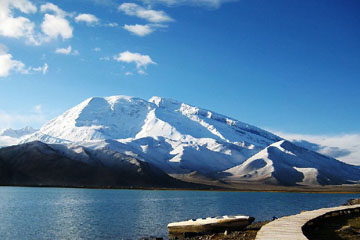 After breakfast take the drive on the China and Pakistan highway to visit the Karakul Lake and enjoy the Pamir landscape. and overnight in Yurt by the lake of Karakuli Lake.
Karakul Lake,At an altitude of 3,600 m. it is the highest lake of the Pamir plateau, near the junction of the Pamir, Tianshan and Kunlun Mountain ranges. Surrounded by mountains which remain snow-covered throughout the year, the three highest peaks visible from the lake are the Muztag Ata (7546m), Kongur Tagh (7,649m) and Kongur Tiube (7,530 m). The lake is popular among travellers for its beautiful scenery and the clarity of its reflection in the water, whose color ranges from a dark green to azure and light blue. There are two Kirgiz settlements along the shore of Karakul Lake, a small number of yurts about 1km east of the bus drop-off point and a village with stone houses located on the western shores. 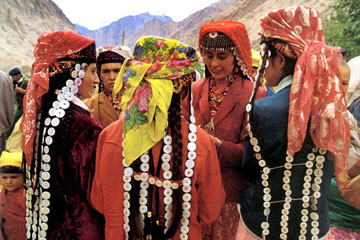 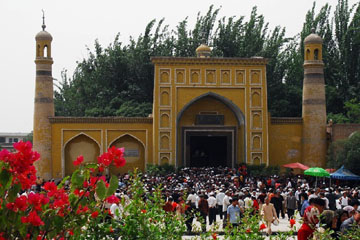 AM back to Kashgar, check into the hotel and Visit Id Kah Mosque, Handicraft Street
Id Kah Mosque It is the large Mosque in China and most famous one in Xinjiang. The Mosque started to build in the mid of fifteenth century, and has gradually developed to the present size. Id K ah Mosque, with about 16800 square meters in area, consisting of Pray Hall, the Koran teaching Hall, The Corridor, the Arches and other buildings attaching to it. The Pray Hall of the mosque can hold 4000 prayers is supported by 140 carved wooden pillars.The buildings of Id Kah Mosque look magnificent and solemn , and display the artistic styles of Islamic mosque architectures.
Handicraft street,Streets near this big market are choked on Sundays with farmers and buyers arriving by donkey cart, truck, bicycle, horseback, Ute, motorbike or on foot, with their animals. It's loud, lively and cheerful as they arrive, eat breakfast, set up their animals and check out the action. Cattle, sheep (they definitely look different), goats, donkeys, horses have their own sections; sellers show their animals are "good eaters"(most go as livestock not meat) and the entire experience is fascinating and fun. .

You will be transferred to the airport and take the flight back to your destination based on your flight schedule.

1 All lunches and dinners, and breakfast on the train
2 Personal expenses, tips to the guide and driver.
3 Other activities such as camel riding, horse riding and boat cruise ect.