Through the ages, Karez Well System in Turpan has nurtured the many generations of descendants with the sweet milk. Karez Well, located in Ya're a village, Turpan, Xinjiang Uyghur Autonomous Prefecture. According to the geographical conditions, the basin's solar radiation and atmospheric circulation were created by the ethnic groups in ancient Turpan through long-term production practice. It is a unique underground water conservancy project in Turpan Basin that uses the ground slope to draw groundwater. Meanwhile, the Karez Well System, the Great Wall, and the Beijing - Hangzhou Grand Canal are known as the three major projects in ancient China.


How Was Karez Well System Developed?

More than 2,000 years ago, Karez Well System was developed to bring the snow-melt water of Tianshan Mountain to the city through a series of wells dug into underground water channels. By transporting the water underground, they could prevent evaporation and keep dust and dirt out of their water supply. The Karez Irrigation Site is like a museum explaining how the wells are built and maintained and include a sample channel and well that you can explore.

Karez Well Folk Custom Park is one of the famous attractions in Turpan, which display the Karez culture as the theme. There are prototype and Museum of Karez Well, plus the Uyghur style hotels and restaurants. Tourists can learn Xinjiang Karez culture and enjoy the Uyghur architecture & food, to name just a few. 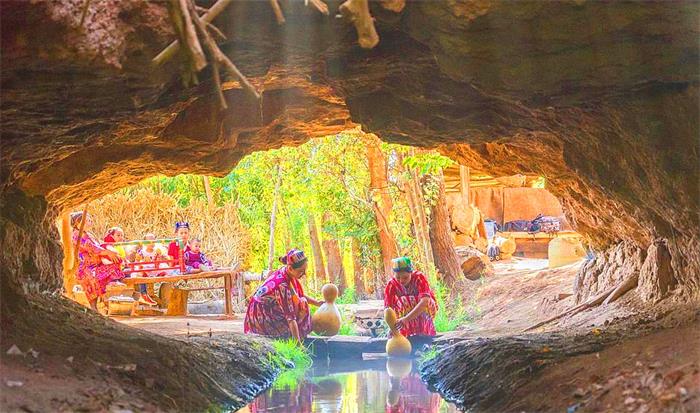 The Prototype of Karez Well System:

One of the most exciting stops on tour is a Karez Well System. It's the site the locals are most proud of. Rightfully so, the irrigation method is probably their most significant contribution to desert dwellers and has been employed as far away as Afghanistan and Iran. 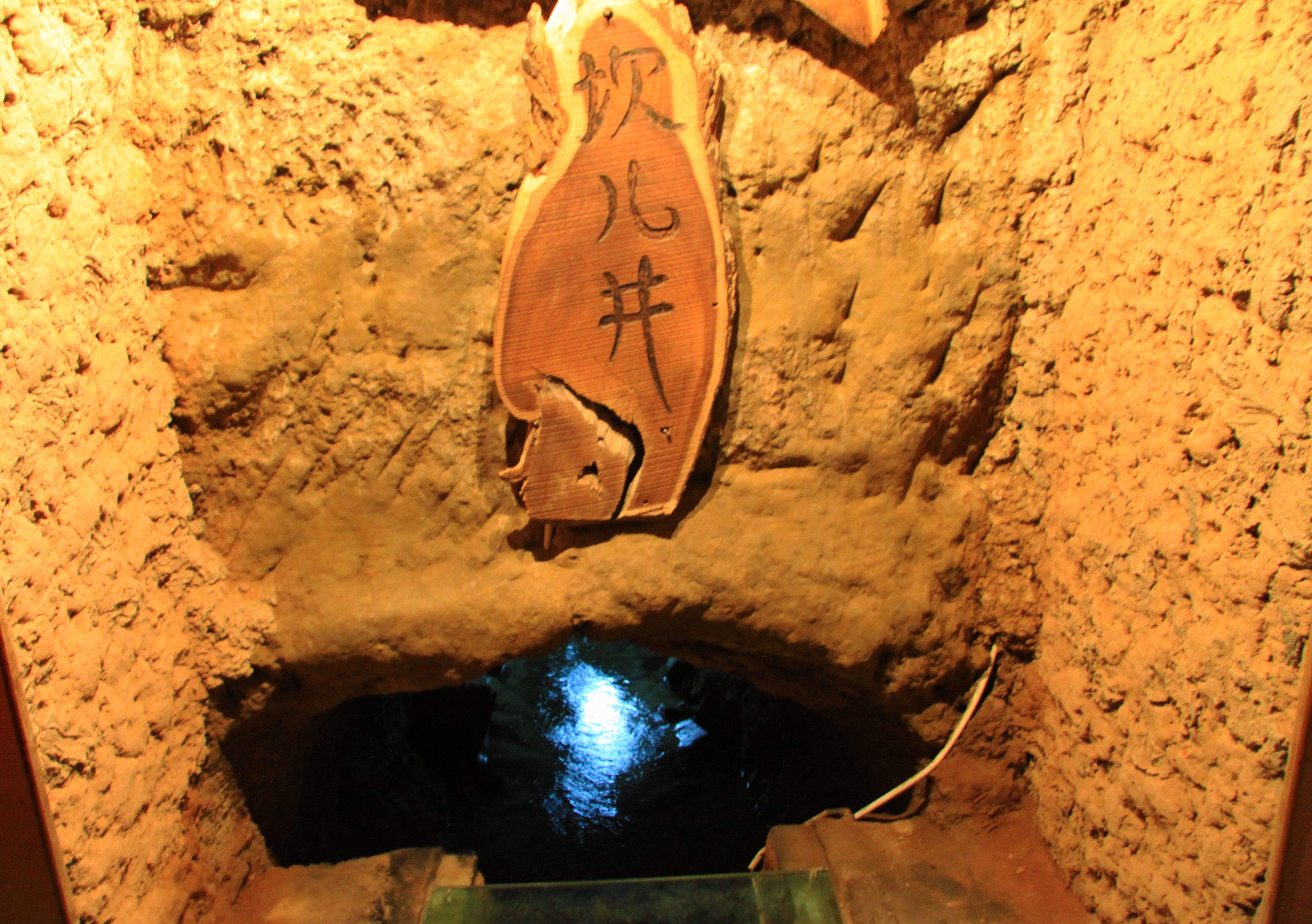 Turpan Karez Well Museum is located in the Karez folk garden, No. 888, Ximen village, Xincheng, Ya'er Township, Turpan, Xinjiang. The museum is divided into ground and underground parts, including over 100 meters of underground visiting passage, 500 square meters of the ground exhibition hall, Karez Well distribution map, profile map, grape gallery, and raisin drying room. Through a large number of pictures, objects, and models, the structure, distribution area, function, and study results of Karez Well, so that tourists can genuinely experience the historical changes and construction process of the "Underground Great Wall." 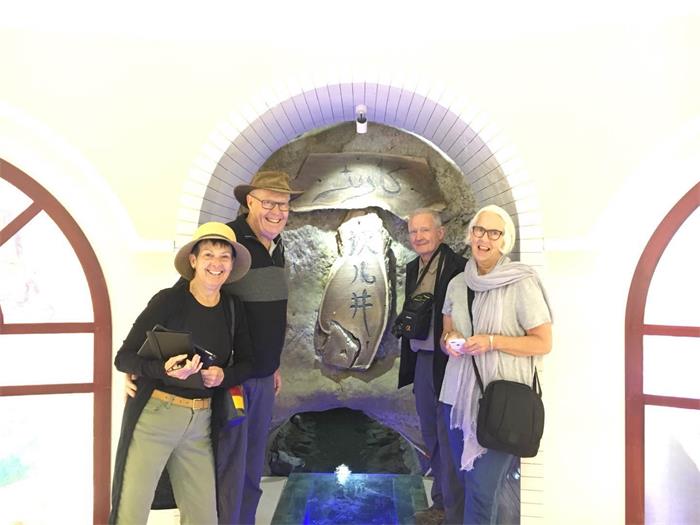 Karez Well System is a precious historical and cultural heritage; it is globally and still provides us with water and inexhaustible tourism resources. With the unique and beautiful scenery, it always attracts many domestic and foreign tourists to visit, which created the enormous economic and social benefits, especially in today's emphasis on ecological civilization development, Karez Well System has exceptional tourism development value. There are five tourist attractions developed by Karez in Turpan, two of which are mainly Karez tourist attractions, located in rural areas and Karez tourist attractions in the suburbs of Turpan. According to statistics, in 2005, the tourist attractions primarily in Karez in Turpan received 50,0000 tourists, and the tourism revenue exceeded 5 million yuan, becoming a new growth point of tourism in Turpan. In 2007, the number of tourists in two Karez opened to the outside world in Turpan reached nearly 1.27 million, accounting for 31.37% of the total number of tourists. The tourism ticket revenue reached 14.68 million, accounting for the total ticket revenue in Turpan. In 2006, Karez became the Sixth Batch of national critical cultural relics protection units. Karez not only enriched the tourism projects in Turpan, improved the status of Turpan as a tourism city, but also promoted the economic development of Turpan.

Besides experiencing the Karez culture, tourists can see some traditional folk customs and buildings, such as the Raisin Drying Houses, The Home of Anarhan, and Nan pit, to name just a few, which is entirely worth to visit.


The Structure of Karez Well System:

The structure of Karez Well System is mainly composed of four parts: shaft, underground channel, surface channel, and "small reservoir." Meanwhile, a lot of snow and rainwater flow into the valley and Gobi Desert in spring and summer. Therefore, people use the topography to introduce water into the underground to irrigated farmland.
The Shaft of Karez Well System is used for positioning, access, excavation, and ventilation when excavating the duct, and for inspection and maintenance after completion. The soil taken during excavation is stacked around the shaft to form a small circular mound. From the ground, a small circle like beads can prevent the invasion of ample surface water. The distance between poles is generally 60-100m in the upstream section, 30-60m in the middle section, and 10-30m in the downstream segment. The depth of the shaft is about 40-70m in the upstream, 20-40m in the middle, and 3-15m in the downstream. Its section is generally rectangular, with the long side along the direction of the conduit.
The Culvert of Karez Well: The first part is the catchment section, excavated under the groundwater level to introduce the underground undercurrent, generally ahead, 50-100m long. The Karez in the upper part of the alluvial fan has low water collecting section because of its sandy gravel and precious aquifer, while the Karez in the lower part of the alluvial fan has running water collecting section. The underground channel below the water collection section is the water conveyance part, which generally excavated in thousands of soil layers at the phreatic level. The longitudinal slope of the underground channel is gentle than that of the local groundwater level. After a certain distance from the catchment section, it can be higher than the groundwater level. The length of the duct is generally 3-5km, and the longest is more than 10km. Usually, it is 3 to 5 kilometers, and the longest is more than 10 kilometers. In addition to meeting the diversion flow needs, the conduit section is mainly based on the requirements of excavation operation. The excavation section is generally narrow and deep, about 0.5-0.8m wide, and 1.4-1.7m high can only accommodate one person to move forward and bend over. Still, now all the old canal sections of Karez are very irregular.
The soil quality mainly determines the longitudinal slope of the conduit. In the gravel soil layer at the upper part of the alluvial fan, the longitudinal slope is more substantial; in the loess soil layer inside the irrigation area, the longitudinal slope is smaller, much more gentle than the hill on the ground. Therefore, after a certain distance, the conduit can gradually approach the field and lead the water for self flow irrigation. The national open channel is the same as the general channel, with trapezoid cross-section, small slope, and slow velocity. The junction of the water conveyance corridor and the open circuit is called Longkou, and the open channel connected below the Longkou. Water-log dam, also known as a reservoir, is used to regulate irrigation water, shorten irrigation time and reduce water loss. The area of water-logging dam varies from 600-1300 square meters, and the water depth is 1.5-2 meters.


The Advantages of Karez Well System:


How to Get to Karez Well System:

1. Karez Well System is located in the east of Turpan City, about 3 kilometers away from the urban area. Travelers can take No. 1, 101, 102 bus or charter bus to visit.
2. It takes about 20 mins ( 9.5 km ) to drive from Turpan North Railway Station to Karez Well System.