Post Time:2020-05-20 Views:
The Western Regions or Xiyu was historical name specified in Chinese chronicles between the 3rd century BC to the 8th century AD that referred to the regions west of Yumen Pass, most often Central Asia or sometimes more specifically the easternmost portion of it (e.g. Altishahr or the Tarim Basin in southern Xinjiang), though it was sometimes used more generally to refer to other regions to west of China as well as Indian subcontinent(as in the novel Journey to the West). 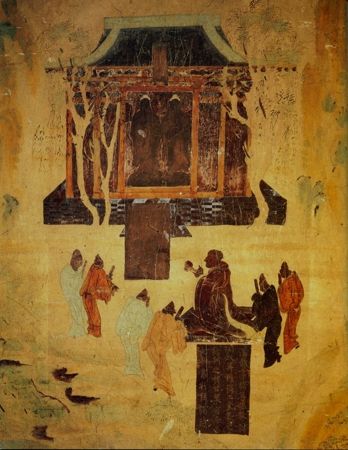 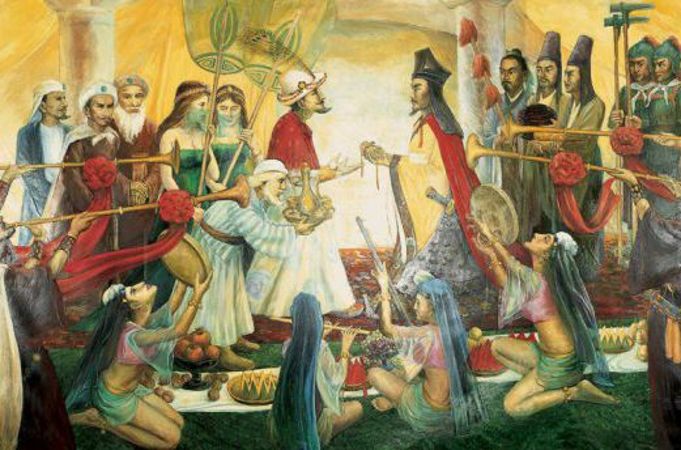 Who is the first ambassador to the Western Region
Emperor Wu of Han is considered one of the greatest emperor in Chinese history. In the first year of Kaiyuan (140 AD), he ascended the throne, when he was sixteen years old. At this time, the Han Dynasty had been established for more than sixty years. After several generations of emperors in the early Han Dynasty, the social economy was restored and developed, and the country is getting prosperous and powerful.
When the Western Han Dynasty was founded, they will faced the threat of a powerful nomadic nation. This nation was originally known as "Huns". After the Spring and Autumn Period and the Warring States Period, the Huns entered the threshold of class society and formed a small slave state in different parts, and its king called "Chanyu". During the Chu-Han War, Madden Chanyu took the opportunity to expand his power and conquered the surrounding tribes, finally he destroyed Donghu and Rouzhi, controlled the vast areas of Northeast, North and West of China, and established a unified slave sovereignty and a powerful military regime. The Huns slave-owners and nobles often led their powerful cavalry, occupied the territory of the Han Dynasty, and they always harassed and plundered the inhabitants of the Central Plains. In the seven years of Hangaozu (200 AD), Chanyu led his cavalry besieged the Jinyang (now Shanxi Taiyuan). Liu Bang(Emperor Gaozu of Han) led the three hundred and twenty thousand armies against the enemy and attempted to defeat the main force of Huns in one fell swoop. As a result, he has been surrounded by Maodun in Baideng (now Datong East of Shanxi Province) for seven days. So he had to adopt Chen Ping's trick to let someone try to bribed Maotong's wife Mrs. Yan before he could get rid of the siege. Since then, he have no dare to use his troops in the north. Considering the lack of material and financial resources, they have had to make peace with rulers of minority nationalities in the border areas by marriage, gifting and passive defense policy. However, during the reign of Emperor Wen, Xiongnu cavalry even deep into Ganquan and  advanced on Chang’an, which is a serious threat to the safety of the Western Han dynasty.
When Silk Road Route was constructed in China
In Jianyuan year of Emperor Wudi's founding (140 BC), Zhang Qian was recruited as an envoy in order to unite Dayue clan to attack the Huns. He left Longxi in the third year and he was captured by the Huns, captured and escaped, Westbound to Da Wan, passed Dadu, and finally arrived at Da Rouzhi for more than a year before returning. On his way back, Zhangqian decided to change his route, in case he will be find out by the Huns, However to get to the territory of the Rouzhi he was forced to pass through land and controlled by the Huns who captured him (as well as Ganfu) and enslaved him for ten years. During this time he married a Huns wife, who bore him a son, and gained the trust of the Xiongnu leader. In the third year of Yuan Shuo (126 BC), the Huns were in civil strife. Zhang Qian fled back to the Han Dynasty and reported to Emperor Wu of the Han Dynasty in detail about the Western Regions. Because of Zhang Qian's prestige in the western region, he was called "Bo Wang Hou" to gained the trust of all countries.

Zhang Qian's mission was originally intended to carry out the strategic intention of the Han Emperor Wudi to unite Darouzhi to fight against Huns. However, Zhang Qian’s journey had promoted a great variety of economic and cultural exchanges between Han Dynasty and the Western Regions. Because silk has become the dominate product traded from China, this great trade route later became known as the Silk Road or Silk Route.