Post Time:2018-12-26 Views:
General Gobi is loaced in north Qitai county, east of Junggar Basin, it was the sparsely-populated wasteland.
The name of the General Gobi, it is said in the early of the Tang Dynasty, a general named Yangxigu led his soldiers into Western regions(Xiyu) to resist Turkic, After countless bloody battles,the enemy was finally being defeated. However they were strayed into a boundless Gobi on their way back and there’s no headwaters, soldiers drank up all the water and fell down one after another until the whole army was annihilated in the Gobi.  Their bodies were found in a forward position, people set a temple here in memory of the soldiers who were sacrificed for the country, so the Gobi was also known as ‘General Gobi’(Jiangjun Gobi).
Silk Road Travel,Xi'an,Qinghai,Gansu,Xinjiang,Kashgar 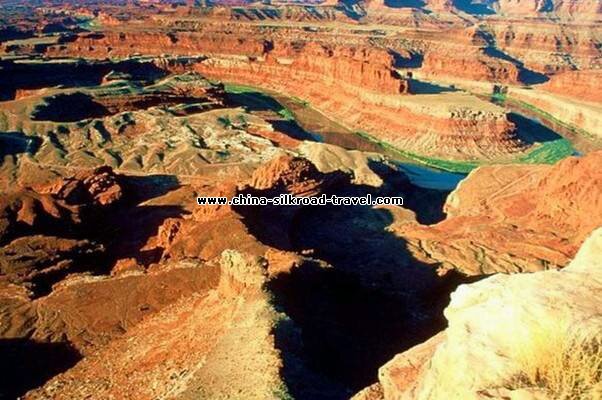 The sun is shining, the sky is blue, there’s no clutter on the Gobi, the night sky was set with myriads of stars and a bright moon is shining in the sky.

Strange stones standing, when the wind, such as the number of valley, such as ten thousand horses gallop, the surge of the shore,let people feel excited.
Few kind of plants grow in General Gobi, however people joke that this is only place where you can see the sea around Urumqi, and that is a mirage.
Such a rare spectacle was a common sight in the vicinity of the General Temple(Jiangjun Miao), and you could almost seen it anywhere on sunny day.

You can see the silicified wood everywhere, and you may not believe that the Gobi desert was once a forest.