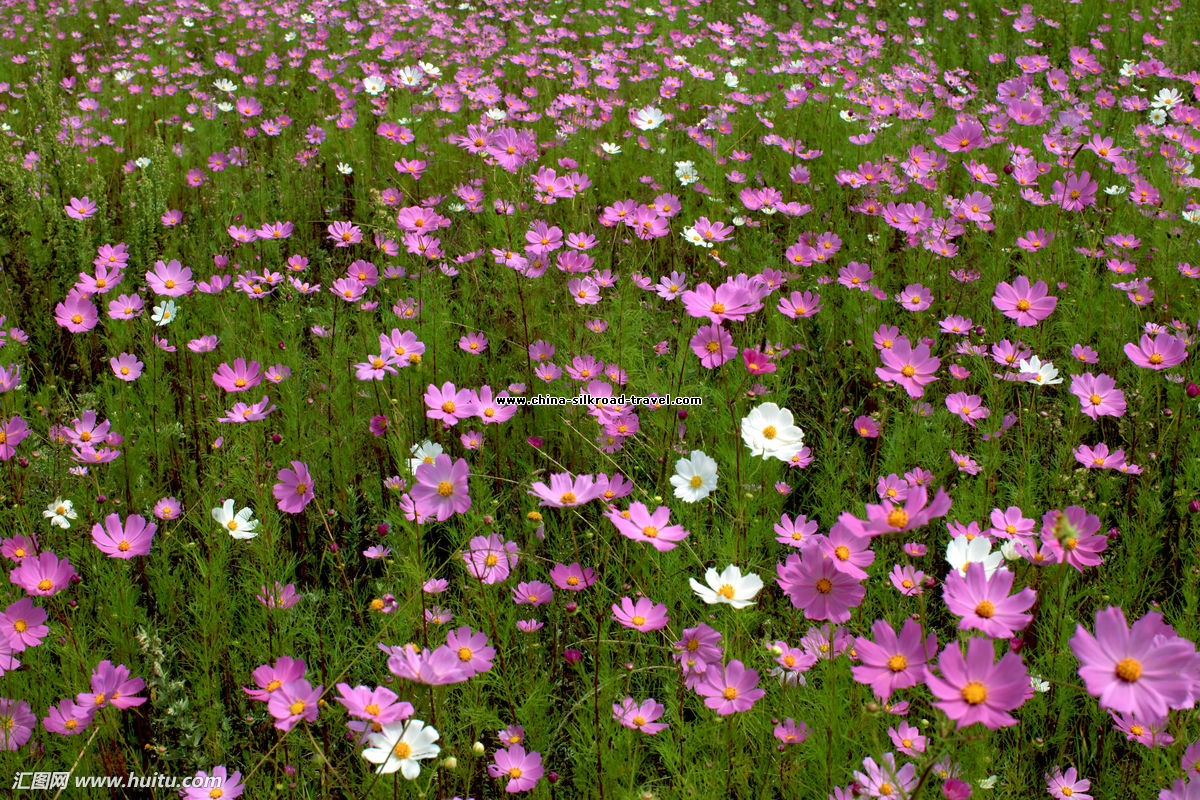 12nd July 2018
We felt little cool when approached Jiang Braque Prairie, the guide gave us the tips before, we need to wear coat in Jiang Braque.
Drive along 16KM, watched outside from the window : there were vast wheat fields on hills and extend to the snow mountain deep inside, wheat rise and fall with the wind blows. Looks like a golden carpet covered on the hills. The Blue sky, white cloud, and golden hill compounded as a oil picture.
July was the open season for Anise flower, flowers were opened in maintains and plains. Some ladies lie down on the Prairie, touch the flower softly. Girls pick up one flower and wear it on hair,let parents took the pictures for them.
Kept going, the vast endless green prairie was in front, grass with dewdrop when you step into, watched the dewdrop, felt the dewdrop was also green. herds of cattle and sheep stroll around, view afar, like cloud dropped down.
Walked against the brook, went deep inside the mountain. We were near to the snow mountain, found grand dragon spruces, the air were more and more wet. We were reached “the source of holy water ”.

The guide told us there was a strange slope, water went west. It’s unbelievable. Then we went with guide to saw this wonder.
The “strange slope ” was 290meters long, and been founded accidently.
In 2003, a car broke down the guide said .Driver choose a place to pull up,and picked up stone plug in the wheels to prevent the car slide. Suddenly the car slide to the opposite direction- the high terrain -top of slope. Then driver pull back ,but the car slide again to the high terrain. After that, this news has been spread. There were more and more visitor went to Jiang Braque Prairie to saw the strangle slope. Not only for the car, water or any round thing in here could slide to the high terrain. Because of this slope, Jiang Braque Prairie has aword Guinness Record.

When we went down the hill it was already afternoon, agent arrange nice lamb for us to enjoy. We all sit inside the tent enjoy the lamb & nang,  drink the milktea.
Literally Jiang Braque Prairie is a fabulous place, one day I will travel again.