Yugu, an ethnic people in the Western Regions

Post Time:2018-12-29 Views:
Yugu is an ethnic minority people inhabited in the southern area of the Hexi Corridor in Gansu Province. They are descendents of the monadic Uighurs who roamed around the Orkhon Valley during the Tang Dynasty. In mid-9th century, one branch of the Uighurs moved to the Hexi Corridor in Gansu, known as the “Hexi Uighurs” in history.
In the early Ming Dynasty, the Hexi Uighurs gradually moved to the Qilian Mountain area and formed the Yugu ethnic group. Three languages were spoken by the Yugus, namely Yoghur of Turkic branch of the Altaic languages and Chinese. Yugus have no written language. They use Chinese. Yugus engaged mainly in livestock production. Historically, they lived in felt tents, wore clothes and footwear made of animal skins and animal hair, and ate animal meat and milk. Most of their production tools and daily use articles were made of leather and fur. In terms of religious beliefs, the Yugus were mainly affiliated to the Gelug Sect of the Tibetan Buddhism(Yellow Sect). 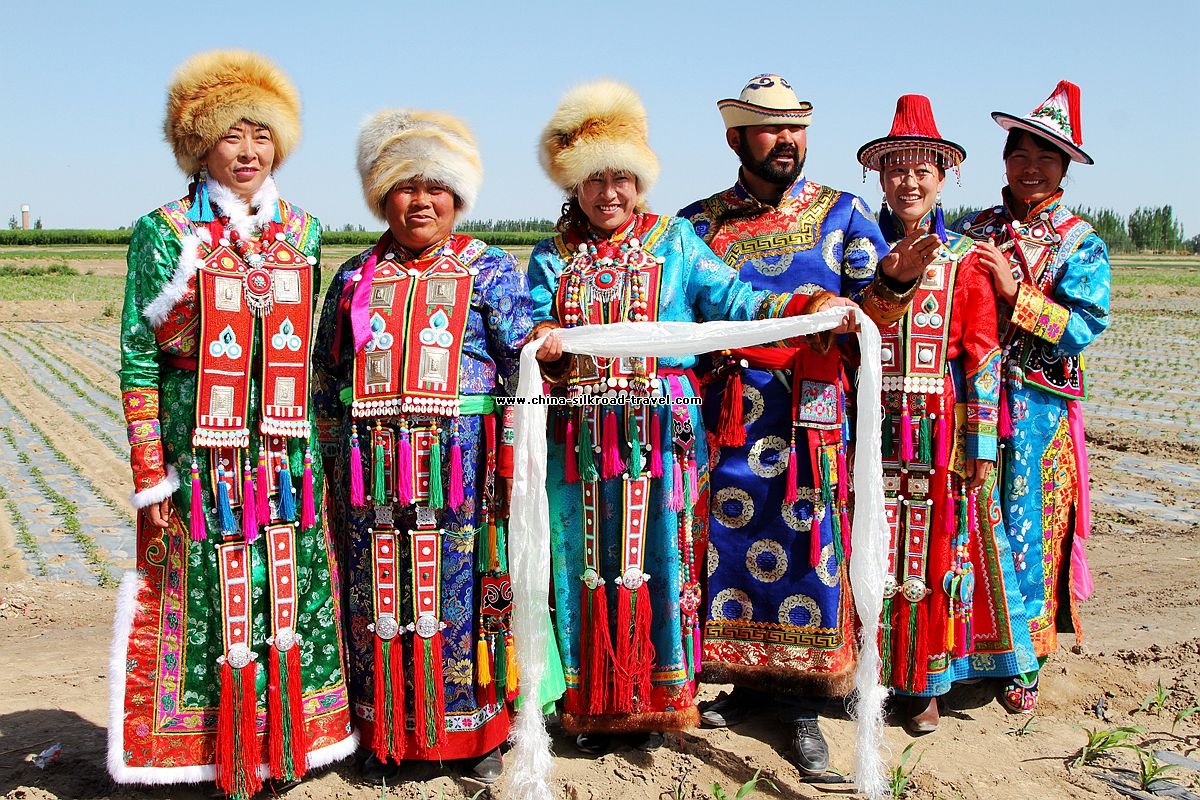