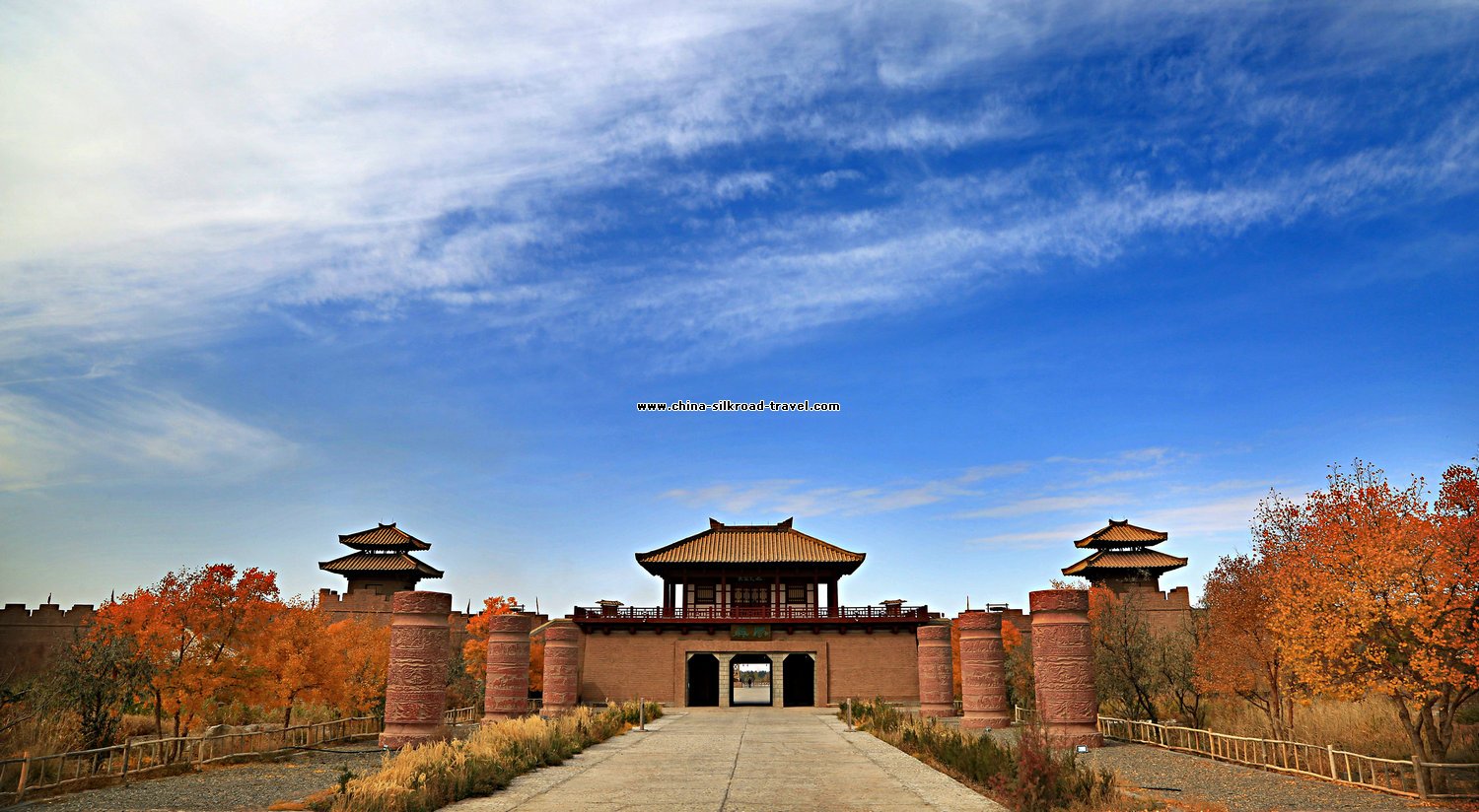 It got the name because it is located south of the Yumenguan Pass and ancient people addressed “south of the mountain or north of the river” as Yang. Dunhuang, Yumenguan Pass and Yangguan Pass together form an array of triangle with the two passes guarding this important Silk Road city from the northwest and southwest directions respectively. Since ancient times, many literati incessantly chanted about the two passes, making their fame travel far and wide. Wang Zhihuan, a prominent Tang Dynasty frontier poet wrote the following well-quoted line “Spring breeze does not visit the Yumenguan Pass”, describing the desolate scene at the Yumenguan Pass area and the hardships when traveling around. Another Tang Dynasty poet Wang Wei wrote in his poem-of-all-ages “Song of Wei City”(Wei Cheng Qu):”I toast you another drink, as there will be no old friends west of the Yangguan Pass”. It is a blended scene with emotions, very sincere and touching. Later the poem was set to music. With three repetitions of the same verse, the piece became the famous music piece “Parting in Yangguan”.