Last year I had travelled the Silk Road from Turkmenistan through Uzbekistan, Tajikistan and Kirghizstan and ending the trip in Urumqi (Xinjiang). That part of the Silk Road allows the traveler a deep exposure to the history of Central Asia Islamic conquests, architecture and culture with very few relics of the preIslamic history and events. It however also creates the motivation and interest to push further eastwards and explore the northern leg of the Silk Road through the Taklamakan Desert and towards the historic starting point of the road in Lanzhou and the yellow River or even further to modern Xi’an, the old capital.

Now the road and oasis through the Taklamakan have been one of the most extraordinary melting pots but also battle ground of nations, tribes, religions in human history. My interest was greatly aroused as I started reading up the many expedition reports of the early 20th century following on the first exploration of Sven Hedin of the Taklamakan. Hedin was followed by several other European expeditions among those I only quote the famous 4 German “Turfan expeditions”, the French “Mission Pelliot” and the English expeditions of Aurel Stein, all between 19031913. Whoever visits the Paris Musée Guimet, the Berlin “Museum für Indische Kunst” or the British Museum will be overwhelmed by the extraordinary diversity and beauty of the objects, paintings, manuscripts that the “East Turkmenistan” area as it was called in past has produced

The “read threat” of these explorers has been to retrace the way how the Buddhism from his north Indian homeland has penetrated along the silk road into China, Tibet, Mongolia and even further east, rubbing against the local shamanism, zaraosthian, Nestorian and Confucian believes and creating lasting traditions (at least in Tibet and Mongolia) until the region turned to Islam from the 8-9th century onwards

However if a travelers wants to set out and try to follow the steps of these expeditions and revisit the many lost cities , monasteries and places of worship in the desert area of modern Xinjiang he finds himself confronted with many obstacles.

One obviously is to identify a meaningful circuit and ways of transport into areas with little to no touristic interest but where distances are great and public transport difficult. Second many of the former Buddhist places of worship and monasteries require special local guides and access as these sites have been ravaged of the centuries and are only partially open for visitors. Third Xinjiang being the Autonomous Region of Uyghur language rather than mandarin is often required, not to say that English is outside Urumqi a rare commodity. Last but not least to fully appreciate the intricacies of various cultures that mixed and mingled in the first 1000 years of our era and to decipher the highly complex iconology of the Buddhist places of worship requires more than casual knowledge of art and history.

As the reader might have guessed by this long introduction, if you want to travel on the Silk Road and tracing back the extraordinary history of people and religion of the Silk Road along the Northern part of the Taklamakan, finding the right guide who combines knowledge, willingness to leave the trodden path, adventurous and a good organizer is like finding the rare pearl in a haystack and is key to an unforgettable journey.

To make a long story short, meet Aysha Habib from XINJIANG CITIC INTERNATIONAL TRAVEL SERVISE CO'LTD. I had met Lesley-- the manager and Aysha in Urumqi and the end of my last year’s trip when she guided me during my stay in Urumqi. We had stayed in contact afterwards and as I started to seriously reading up the expedition reports I mentioned earlier, we were discussing which and where the road of these earlier travelers and their discovering where located and if they were actually accessible for a single traveler.

Based on first plan starting from Urumqi via Kucha, Turpan, Hami Dunhuang, Lanzhou and Xian, and from there to Tibet, in a long drawn discussion that evolved according to my readings and probable stretching Aysha patience, we arrived at a conclusion:

With a train from Urumqi to Kutcha and then exploring the many Buddhist “1000 Buddha caves” in that region (Kyzyl and Subashi being the most famous one but Kumtura for me the most impressive one) and discovering the spellbinding wall paintings and caves), from there by train to Turfan and the Bezeklik, Tuyuk, Astana sites and the unforgettable ruins of the old Uyghur capitals of Choto and Karkhoto. We continued then by car through Hami and Dunhuang and the famous Mogao caves, which has become a very important touristic center with 5000 people visiting the grottoes) but also to Yulin, in the middle of the desert where we were the only visitor in a week but which allows a much more detailed and precise study of the remaining caves and to admire the a 35m high Buddha. Then we continued to Yaojinguang, the most western point of the Great Wall to continue via Wuwei and Tianshin to Lanzhou.

Again Aysha let me to the most extraordinary site of Tiantishan lost on the shores of an artificial barrage protecting a magnificent 30m Buddha.

Around Lanzhou she had managed a visit to the Bingling caves a site surrounded by another barrage and requiring a 40minutes boat tour to access. On the way to Xian, we visited the Manchischan temple a breathtaking cliff of 145 m with 7000 statues of Buddha and his followers carved out of the cliff with an extraordinary access ramps and ladders.

In Xian with a visit to the terra cotta army site (which is well known) but also the Stele Forest temple where the laws of the first 2000 years of Chinese kingdom are being carved in marble.

Our next leg to Tibet had to be cancelled as the authorities cancelled all entry visas for foreigners for several weeks. Aysha and her company however reacted very speedily and managed to reroute our trip to the Mongolian grassland around Hotho for 4 days with some nights in a Mongolian yurt and visiting several Tibetan lamaseries in than “inner Mongolia” autonomous region.

Throughout the 4 weeks and the enormous distances, many sites with very diverse histories and cultures, I was impressed with the knowledge of my guide, very often better informed than the mandatory local guide. Being Uyghur herself helped us in many occasions to meet local people and learn customs where language and customs would have been a problem. Logistically the trip was well planned despite the many different means of transport and accommodation, we never missed a train nor had a breakdown of car (which on some of the offside roads comes close to a miracle), nor encountered any bigger problems that trying to explain to a bank clerk how to read e European passport.

The only point of caution: Should you come to Hami, stay away from the so called local favourite dish: “pepper corn chicken”, you will be on white rice diet for the next 2 days 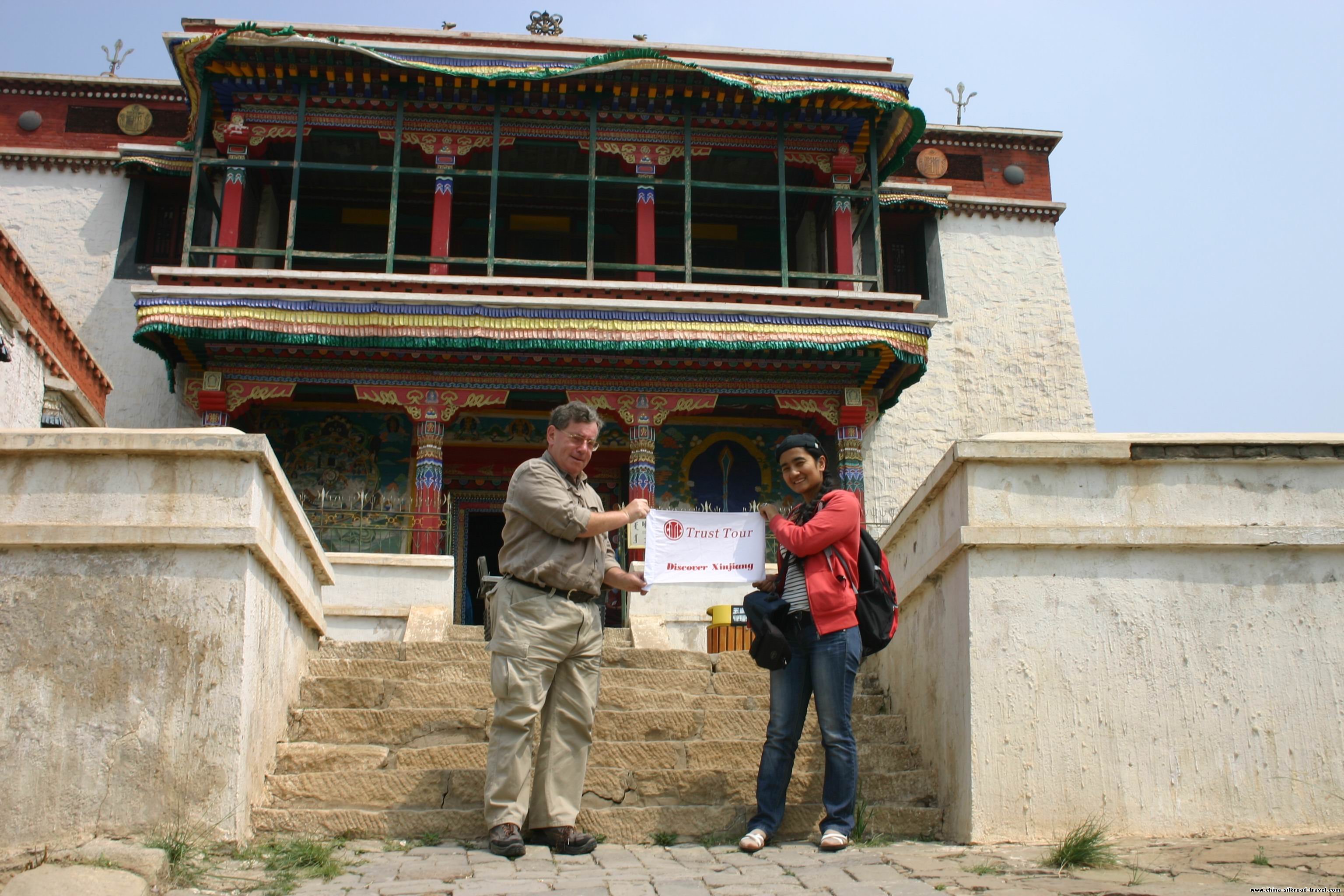 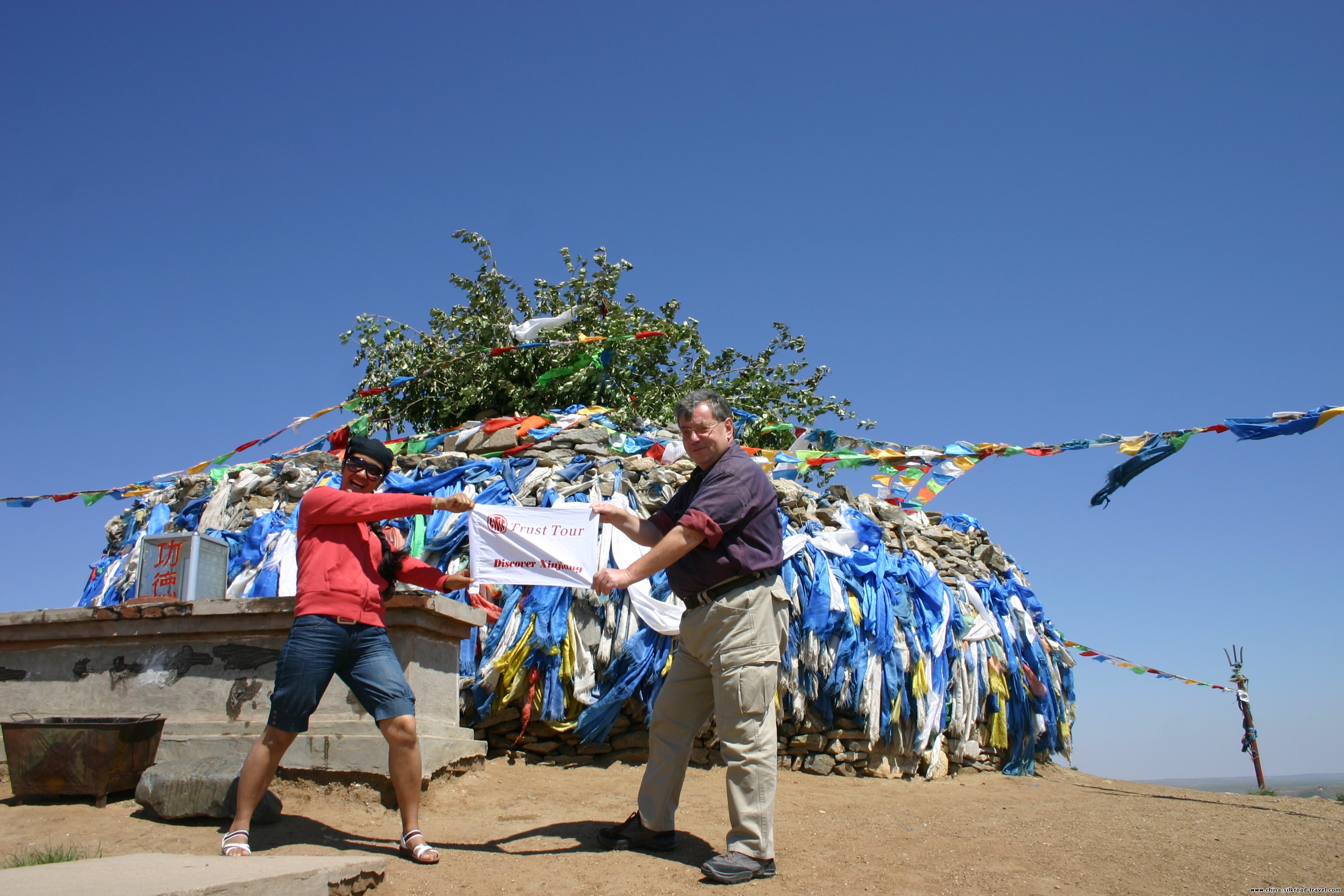