The Three Gorges: Beyond Time and Space

Post Time:2018-12-26 Views:
The Three Gorges boast the most magnificent landscape on the Yangtze River, china's longest. For thousands of years, numerous poems have been written to highlight the beauty of the Three Gorges. As a symbol of china's natural landscape, the Three Gorges area was selected as the main theme on Chinese banknotes several times.
The Three Gorges section of the Yangtze River starts from Baidicheng, an ancient city at the base of the Bashan Mountain in Chongqing Municipality, on the west, and ends at Nanjin Pass of Yichang City, Hubei Province on the east, with a total length of 192 km. It is mainly composed of three gorge sections, namely the Qutang Gorge, Wuxia Gorge and Xiling Gorge.
The Qutang Gorge, also called the Kuixia Gorge, is the beginning section of the Three Gorges. It is 8 km long, stretching from Baidicheng on the west to Daxi Town of Wushan County on the east. It is the shortest yet most magnificent section of the Three Gorges. At both the entrance and exit of the Qutang Gorge stand high steep mountains with a height of 1,000 to 1,500 meters. The mountains on both sides of the river look just like a gate, while the narrowest section of the river course only has a breadth of less than 100 meters, where the currents run wildly and rapidly. The Qutang Gorge area boasts a concentration of famous historical sites and precious cultural relics, including the ancient cities of Fengjie and Baidicheng, the rocky Eight Battle Formation, the temple of ancient general Zhang Fei at Yunyang, the ancient plank road built along the cliffs, the King fisher's Cave, and the relics of the ancient Daxi Civilization. 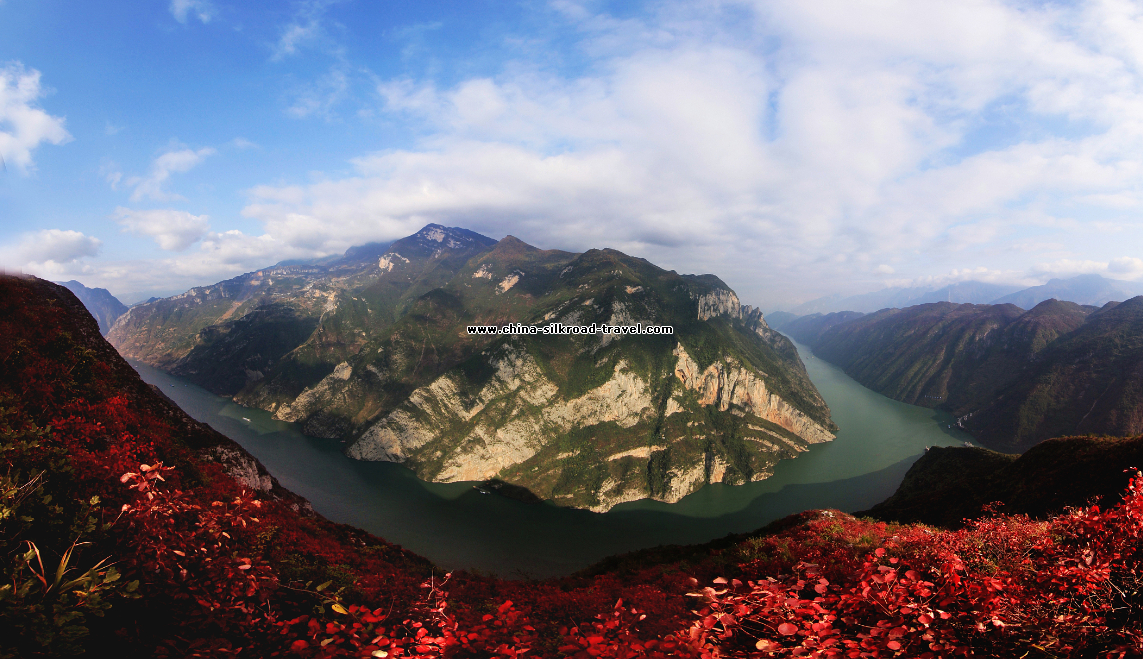 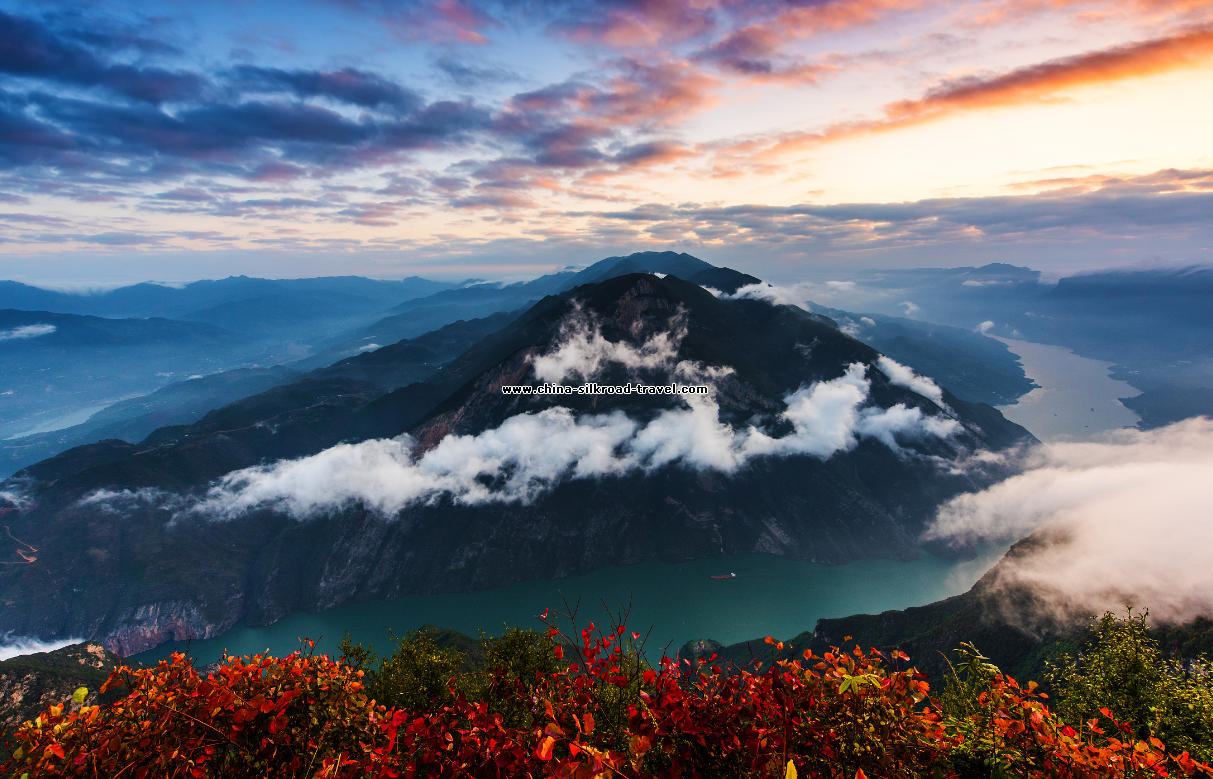 Following the Qutang Gorge is the Wuxia Gorge, which is famous for its beautiful scenery. The Wuxia Gorge is 46 km long and extends from the Daning River mouth near the county seat of Wushan County on the west to Guandukou of Badong County, Hubei Province on the east. The Wuxia Gorge area features deep valleys and long, twisted ravines, with unusually shaped peaks standing high on both sides. The renowned"12 Peaks of the Wushan Mountain" have appealed to poets of all generations with their distinct characteristics and natural charm. Due to the depth and length of the ravines, the region has a humid environment and the peaks are often shrouded in cloud and mist. Thus, an ancient poem says, "One who has seen the ocean will not be interested in seeing other waters, and one who has visited the Wushan Mountain will not be interested in seeing clouds anywhere else. "There are also many historical sites and relics in the Wuxia Gorge area, such as the ancient plank road built along the cliffs, and the countless marks of towline left on the riverside rocks by the toiling boat-trackers.
The almost-70 km Xiling Gorge Is the last section of the Three Gorges, and it lies between Xiangxikou of Zigui County in Yichang City of Hubei Province and Nanjin Pass of Yichang. The section is famous for its complicated terrain,dangerous shoals and rushing waters. The Xiling Gorge features a mixture of large and small ravines and dangerous shoals, and the Yangtze River roars through this section with many currents. The Xiling Gorge used to be the most dangerous section for shipping on the Yangtze, but thanks to the continuous efforts since the ancient times to clear the waterway and remove the hidden reefs, navigational safety in this section can now
be guaranteed.
The Xiling Gorge is also where the construction of the Three Gorges Water Conservancy and Hydropower Project(also called the Three Gorges Project, in short) is underway. The gigantic project, which is the largest of its kind in the world, involves the construction of a 3.035-meter-long, 185-meter-high dam, a hydroelectricity plant and navigational facilities. Once completed the Three Gorges Project will add a new, magnificent landscape to the Three Gorges scenery. The Three Gorges region is both beautiful and rich in historical and cultural heritage. Having left indelible marks on the Chinese culture in ancient times, it remains an important region for the Chinese economy and culture today.