Post Time:2020-12-22 Views:
Day 5
The next day we checked out at 9am and went to see the Iron gate pass on the silk route. The caravans had to pass through a narrow gorge near the city. The place is maintained just as it was and we were thrilled to walk on the old pathway as was done centuries ago. There was a hillock too from where a couple of lovers jumped to death, for the usual reason. The climb was about 1300 steps and was very tedious the view was good as I could see the dessert all around and the city in the middle. We then dove to our next destination on the route, Kushan or Kuqa.  This city was another 350 kms away and in the dessert by the Kusa river. We reached by 3:30pm, had lunch, checked in and got dropped at the local market. It was here that we saw nans being made in the ovens, the people were all yurugs and truks and poor farmers wearing local clothes. They make a lot of ice cream in motor churned machines. Did try it out with Paul. They also sell dried snake and frog.  We bought fresh hot large Nan's and headed back after a visit to the local supermarket for fruits. Had dinner and the fruit party as usual.

Day 6
In the Morning we checked out and headed out on our western journey to our next destination, Aksu a dessert city 400 kms away, enroute to our final destination Kashgar. On the way we deviated to see the red canyon called Kizil Grand Canyon. The landscape here is unbelievable; there are hillocks all in different hues of red and brown just like a painting. In the middle of this there is a pathway, of about two kms through the barren red mountain rocks, which is like a dried up rivulet.  We felt like being in the movie Mackenna’s Gold. The color of red and the size of the rocks besides us were fascinating. We felt so small as compared to the giant vertical rock cliffs on either side. There was the Buddhist temple above the rocks which was damaged by an earthquake recently and was not accessible.From the red canyon we drove for an hour to another dessert oasis, this time a set of 340 caves dug out from the cliff caused by the river Mozart. On the sides of these cliffs, about 1000 years ago, Buddhist carved out caves under the leadership of the King Kumara Jiva   who propagated Buddhism in Xinjian. The caves were plundered by the Muslims and robbed by the Germans. The location of the oasis and the sheer cliffs on which the caves were cut out is worth the visit. We were sent a separate government guide. A Chinese girl who knew English, to take us to the caves and she explained the few remaining paintings that were there on the ceiling telling of stories of rebirth and the earlier lives of Sakyamuni one of the disciples of Buddha.  We reached the garrison city of Aksu at 8:00 went round the main square and retired for the night in a hotel that was nice and comfortable, though not like the one at Turpan.  This city was modern and not agricultural cities like the earlier ones

Day 7
The next morning we started on the final lap of 500 kms of our westward journey to Kashgar.  This is the most important city at the western end of china. We are to drive past the Hindukush Mountains and into the Kharakhoram range right on the border with Kazakhstan, Pakistan and Turkmenistan.  This was the focal point of the silk route and all the persons who had to go to central Asia had to pass thought this city. The drive from Aksu was long and tedious. For the entire stretch of 500 kms there was no city, town or even village. Lady Aysha took us for lunch in a way side shack where we all had to use the open dessert as toilets! The food was local uyghur food made by a fat uyghur lady who made noodles by hand in our presence. Aysha got a sudden urge to entertain us, 6 middle aged men, to sing songs! She started by singing a very melodious Uyghur song. And then the guys sang nursery rhymes and Christmas carols, that was as far as we got with our singing. I am sure Aysha regretted her proposal. And then we slept, enjoying the air condition in the van.   The rest of the journey was uneventful and we, as usual had our walnut time and almond time between our naps in the van. We reached Kashgar at 4:30 pm and went directly to the Idkha mosque at the heart of the city. It was built in the 1700's and had wooden pillars and a little carving. Looked more like tribal work. The sun was hot and harsh and shops made ice creams are sold every where.  The sun sets here at 10:30pm and we had the evening to ourselves to walk about town and watch the show put up by the local tourism board for the delegates of some international conference where the public were relegated to the back.  The police thought we were invitees and seated is in the front row! Paul made the best of the opportunity to take snaps of the dances which were traditional and good. 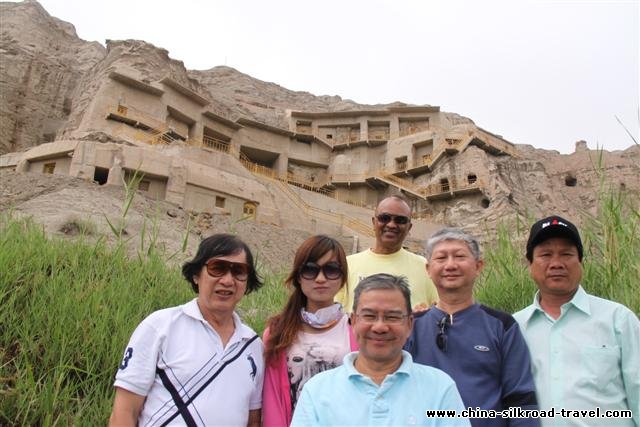 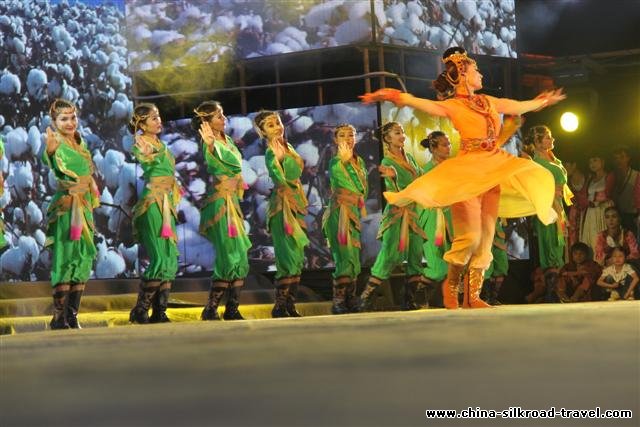 Day 8
The next Morning we went sight seeing locally, to the old city area and saw the houses made of mud and wood which were all more than 500 years old. They had fallen down in an earthquake in April and most of the dwellings were unoccupied   The good ones were run as shops selling carpets and other stuff. We then walked to the local market area called the handicraft market which was oay. Had lunch at a decent restaurant where the fish was bad. The restaurant was next to the old British diplomatic house, which is now being converted into a hotel. The Russians also had a residence in Kashgar which is now demolished. Kashgar was ruled by the Indians then Tibetans, the Russians, various tribal and finally the Chinese. The invaders have erased all traces of the previous settlers and only Islamic relics remain. We did have a go at a local ice cream shop and enjoyed fruit flavored hand made ice cream648.  The sun was hot and burning all the time. One has to wear a lot of sun block and keep in the shade.  We had a long walk to the modern new side of Kashgar and saw the malls and shopping centers. The city is just at the foot hills of the Himalayas which the locals call Tian Shan Mountains, and is surrounded by gigantic snow coved peaks. We can see the snow but feel hot and get sun burnt.