Post Time:2020-02-02 Views:
Ruoqiang County is located in the southeast of Xinjiang Uygur Autonomous Region, the eastern part of the Tarim Basin, southeast edge of the Taklimakan Desert. With its very prominent geographical advantages and important strategic position, Ruoqiang has been the second strategic gateway for inland areas to access Central Asia and Xinjiang, as well as a must route on the ancient Silk Road since ancient times.
Known as “Nuoqiang” in ancient times, Ruoqiang was first acknowledged as a small country among the many countries in the Western Regions during the Western Han Dynasty. In the 4th Qianyuan year of Emperor Wen’s reign during the Han Dynasty (176B.C.), Nuoqiang changed its name into Loulan. According to records, with a total population of 14,000, Loulan was a bustling and prosperous country on the Silk Road where merchants and travelers gathered and economies boomed. During early years of the Western Han Dynasty, the Kingdom of Loulan tried to maintain its political life by toggling between the two big brothers of the Hans and the Huns. Sometimes Loulan served as the Huns’ agent; other times it claimed allegiance to the Huns. The Hans and the Huns adopted a policy of appeasement towards Loulan. After Zhangqian’s return from Dayuezhi, Emperor Wu of the Han Dynasty dispatched army to crusade against the distant Dayuan Kingdom. The emperor also sent envoys to visit countries in the Western Regions on several occasions. When these envoys arrived in Loulan, they were spied by Loulan for the Huns, and robbed by the Loulans. 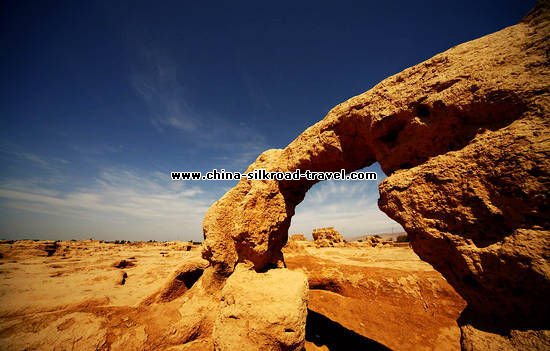 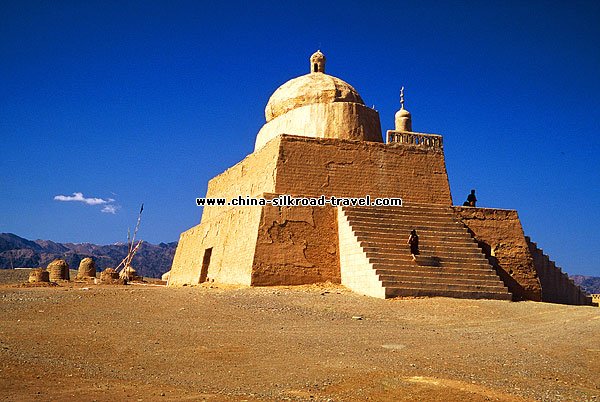 In 108 B.C., the Han troops crusaded Loulan and captured the Loulan King who sent a prince to the Han Dynasty as a hostage. The Loulan King also sent a prince to the Huns, showing its determination to maintain neutrality between the Huns and the Hans. Later, the hostage prince at the Huns was crowned the Angui King of Loulan. Hence Loulan turned to the Huns and became a scourge of the Hans. Han Dynasty commanded Loulan to supply drinking water and guides to the Han mission in Loulan but was refused, an incident causing the deterioration of relations between the two countries. In 77B.C., General Huo Guang sent his military officer Fu jiezi to head a mission to Loulan where they plotted a scheme and killed the Loulan King Angui and crowned his younger brother Wei Tuqi. Loulan was renamed Shanshan with its new capital moved to Yuni city (near present-day Ruoqiang in Xinjiang). in his poem titled “comfort line” the Tang Dynasty poet Wang Changling wrote the following lines borrowing the Fu jiezi killing the Loulan king allusion:”wear shining armor we flight in the desert, we will not return home until Loulan is conquered”. indicating the determination of frontier soldiers to the old Loulan city to reclaim the land. The imperial court also built beacons along the way from Yumenguan Pass to Loulan City. During the Wei, Jin and the Former Liang Period, Loulan city came under the jurisdiction of the Secretary General for Western Regions. After the Eastern Jin Dynasty, the Central Plains were separated by warlords. Endless wars prevailed the Central Plains. The Western Regions were totally ignored. Loulan lost contact with the Central Plains recovered its strength. The Tang army and the Tibetans fought over Loulan several times. As described by the famous Tang Dynasty poet Li Bai in his Frontier Song : “willing to use my sword for killing the Loulan enemies”. it was evident that Loulan was still a frontier town. About sixteen hundred years ago, the ancient Loulan city vanished, leaving only traces of the ancient city.In March 1900, the Swedish adventurer Sven Hedin in the process of looking eastward along the Tarim River for Lop Nur, inadvertently discovered the ruins of the ancient Loulan country. Here he unearthed a large number of relics, including coins, silk grain, pottery, paper scraps with Chinese characters, bamboo letters and brushes. The ancient Loulan Kingdom had finally allowed the world’s people to peep into its mystery.