China take the Qingming festival as public holiday from the year of 2007. the holiday is 3 days

The Qingming (Pure Brightness) Festival is one of the 24 seasonal division points in China, falling on April 4-6 each year. After the festival, the temperature will rise up and rainfall increases. It is the high time for spring plowing and sowing. But the Qingming Festival is not only a seasonal point to guide farm work, it is more a festival of commemoration.

The Qingming Festival sees a combination of sadness and happiness. 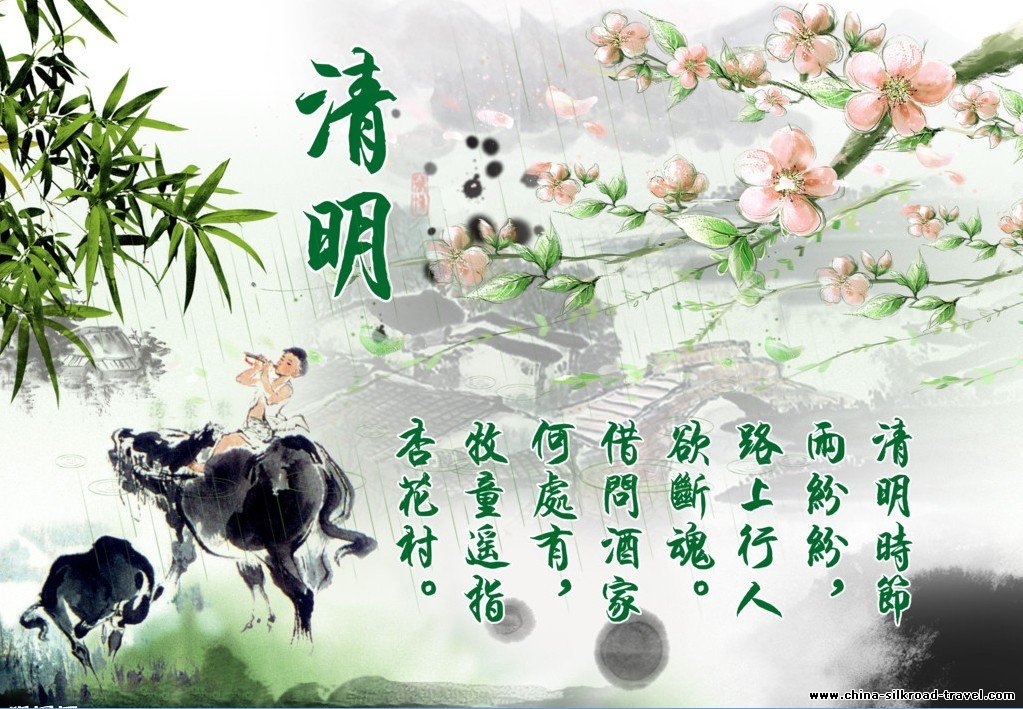 This is the most important day of sacrifice. Both the Han and minority ethnic groups at this time offer sacrifices to their ancestors and sweep the tombs of the diseased. Also, they will not cook on this day and only cold food is served.

The Hanshi (Cold Food) Festival was usually one day before the Qingming Festival. As our ancestors often extended the day to the Qingming, they were later combined.

On each Qingming Festival, all cemeteries are crowded with people who came to sweep tombs and offer sacrifices. Traffic on the way to the cemeteries becomes extremely jammed. The customs have been greatly simplified today. After slightly sweeping the tombs, people offer food, flowers and favorites of the dead, then burn incense and paper money and bow before the memorial tablet.

In contrast to the sadness of the tomb sweepers, people also enjoy hope of Spring on this day. The Qingming Festival is a time when the sun shines brightly, the trees and grass become green and nature is again lively. Since ancient times, people have followed the custom of Spring outings. At this time tourists are everywhere.

During the Qingming festival(best end of March), if you come to Xinjiang for tour, Turpan is the must place for you to enjoy the beautiful apricot flower. while Tuyoq village is the best for you.