Post Time:2020-03-03 Views:
Some people held the view that the flow of cultural exchanges between the East and the West in ancient times were mainly from the East to the West. The reason was because the Chinese civilization had been for a long time before modern times a world leader. For instance many important material culture of ancient China, such as silk, porcelain, tea, and many major technologies and innovations, such as papermaking, printing, and gunpowder, were disseminated to the West via the Silk Road. 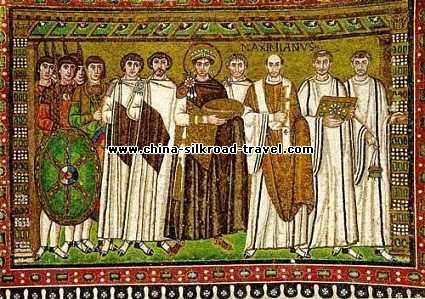 Westward Dissemination of Sericulture and Silk Weaving Technology
Among the commodities exported to the West through the Silk Road, silk was naturally the most famous item. In his book Buddhist Records of the Western World, Xuan zang recorded the following story about the dissemination of the sericulture technology: around the time of 420-440 when the Silk Road was re-opened, king of Qusadanna Kingdom, located in present-day Khotan in Xinjiang, was so impressed by the elegance and beauty of silk from China. So he sent his envoy to the Central Plains and requested to buy silkworm eggs and mulberry seeds from the Han Chinese. The request was not only turned down, but also raised the alarm of the imperial court who strengthened its interrogation and examination of people crossing the border or staying at the posthouses, in order to prevent the outflow of mulberry seeds and silkworm eggs. Later the Qusadanna king proposed marriage to a Han princess. When he came to receive his bride, he tipped her to bring silkworm eggs and mulberry seeds. The princess secretly hid some silkworm eggs in her hair and brought them to her new home. She also brought with her some women who had the skills of sericulture and silk weaving. When they arrived in Qusadanna, they built a “deer-shooting city” where they taught local women to grow mulberry trees and raise silkworms. Not long after, the country was full of mulberry trees. Sericulture and silk reeling were quickly popularized. According to archaeological findings, remains of ancient mulberry trees have been unearthed both in the Lop Nur sand sea and ruins of the ancient Shanshan Kingdom. It has been identified that these ancient mulberry trees were planted before the 4th century, which was just about the time when mulberry and silkworm were allegedly spread to the West. 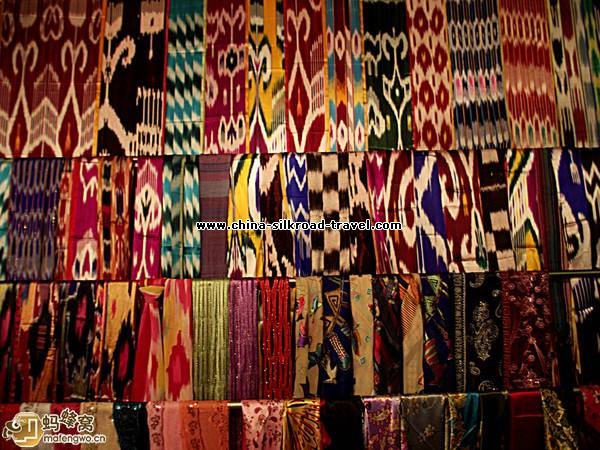 According to Roman historian Procopius, Chinese sericulture was introduced to the Eastern Roman Empire around 550. During the region of Emperor Justinian the Great, an Indian monk who had lived in China for many years came to Constantinople, capital city of the Eastern Roman Empire. He told Justinian that he was an expert on sericulture and that he could get silkworm eggs. After reaching some sort of agreement with the Roman Emperor, the monk returned to China. Two years later he brought back some silkworm eggs hidden in a hollow cane. Finally the Romans were able to produce some raw silk by themselves.
In the 7th century, West Asia was occupied by the Arab Empire. In 751, a battle broke out between the Arab army and the Tang army led by General Gao Xianzhi in the Talas River area of present-day Kazakhstan. The Tang army was defeated. Some silk weavers and paper workers among the Tang soldiers were captured. It is very possible that this was how Chinese silk weaving and papermaking technologies were disseminated to West Asia. In the 8th century sericulture and silk weaving workshops enjoyed rapid development in West Aisa. There emerged many cities engaged in trades such as silk reeling, textile, printing and embroidery. The Persian region became the second largest silk producing area in the world, next only to China. Persian silk products supplied not only markets in West Asia, but also the European market of the Mediterranean region. In the 9th century, the Arab Empire annexed Spain. So sericulture was introduced to Spain. In the 12th century, sericulture was introduced to Italy and in the 15th century to France.