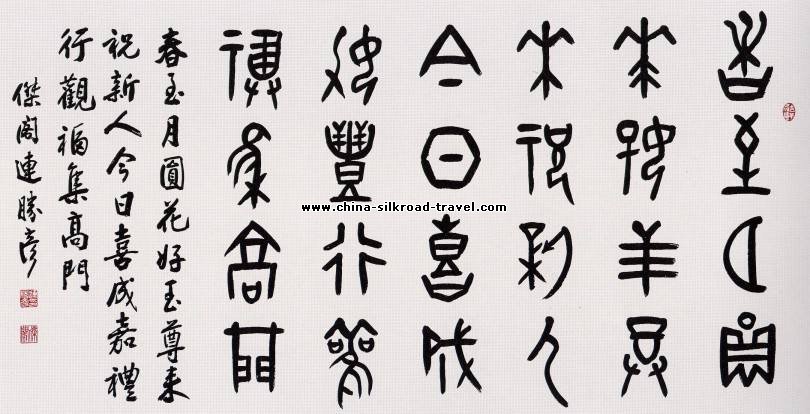 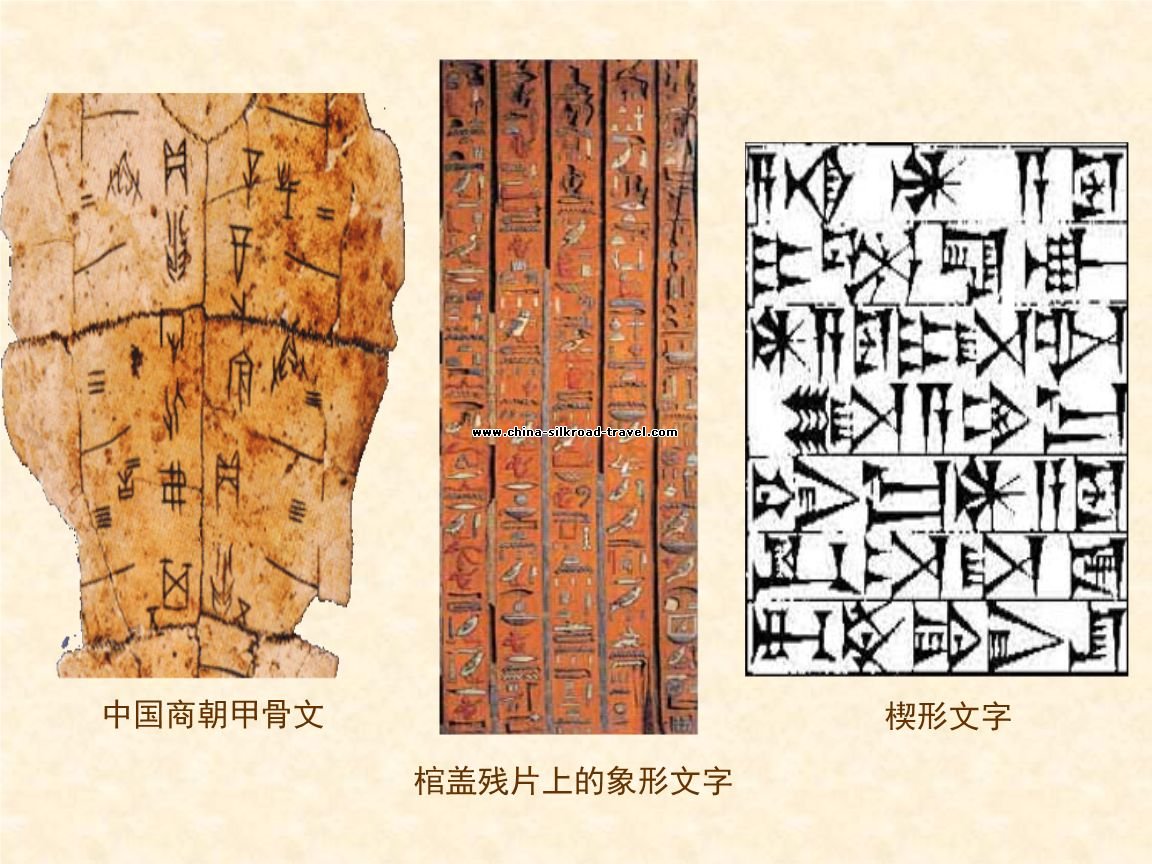 Chinese calligraphy is the art of writing Chinese characters. Starting from the oracle bone script, inscription on drum-shaped stone blocks, inscription on ancient bronze objects, large seal script, small seal script, official script all the way to cursive script, regular script and semi-cursive script reaching maturity in the Eastern Han, Wei and Jin dynasties, calligraphy has demonstrated its varied artistic charms. With the development of the times, the art of calligraphy has continued to reach new levels. The simpler cursive script, semi-cursive script and regular script replaced the seal script and official script as the dominant styles in the Eastern Jin, Sui and Tang dynasties. Wang Xizhi, an eastern Jin calligrapher, took the art of calligraphy to great heights, and after him many more masters of nan, Ouyang Xun, Chu Suiliang, Yan Zhenqing and Liu Gongquan. In the following Song, Yuan, Ming and Qing dynasties many more schools of calligraphy appeared, giving a full display of the greatness and eternal charm of Chinese culture. The principles observed in Chinese calligraphy are as regular as standing upright, as semi-cursive as walking steadily and as cursive as flying freely.
Seals are important on a piece of calligraphic work. As a token of identity, both official and private seals have evolved with more cultural elements attached. For Chinese calligraphers and painters, the seal inscriptions affixed to their works and color, balance the layout and enrich the vision. The combination of calligraphy, painting and seal inscription is typical in works of Chinese literati.