Post Time:2018-12-26 Views:
3 irreplaceable places making the Grand Buddha Temple the second namecard of Zhangye
There are four famous business cards in Zhangye, one is Danxia in Zhangye, the other is the Grand Buddha Temple in Gansu Province Zhangye, the third is Pingshan Lake Grand Canyon, and the fourth is Horseshoe Temple. Many people's impression of Zhangye may remain on its magical Danxia landform. But when you go all over Zhangye, your knowledge will be refreshed by a Buddhist temple built in Yongan in the first year of the Western Xia Dynasty. Yes, it is the Grand Buddhist Temple in Zhangye.Gansu Province Zhangye’s Grand Buddha Temple, formerly known as the Kaye Tathagata Temple, is the only Buddhist temple in Western Xia in China. It has a famous reclining Buddha and is also the largest indoor wooden clay Buddha in Asia. 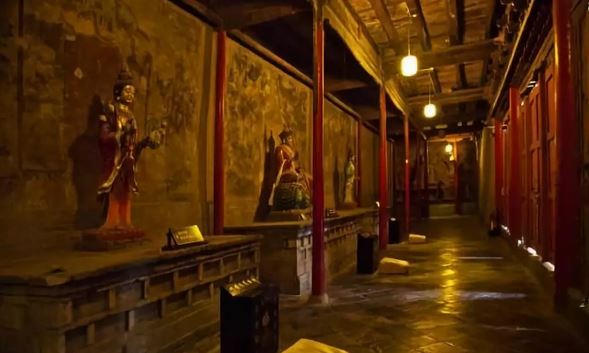 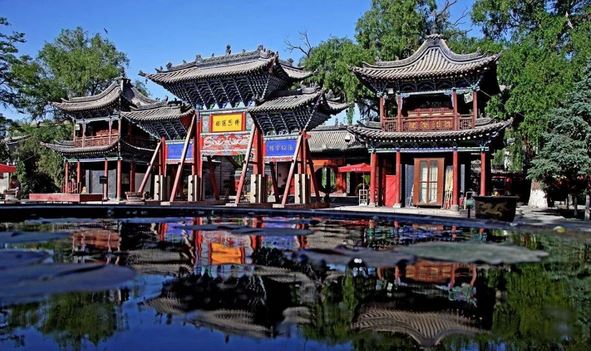 The temple was first built in the first year of Chongzong Yongan in Xixia (1098) and lasted for five years. It was completed in three years (11103) in Zhenguan in Xixia. It has been expanded in Ming and Qing dynasties and has a history of more than 900 years. In 1996, the Great Buddha Temple in Zhangye was promulgated by the State Council as the national key cultural relic protection unit. Because the temple is big, the Buddha is big, the hall is big, the local also calls "Big Buddha Temple".
How big is it? So to speak, when it was built, the craftsmen built the Buddha first, and then built the temple outside. The Buddha is 34.5 meters long and 7.5 meters wide. It is 4 meters long with bare ears. Eight people can sit side by side on the ears. It is conceivable that everyone will hold his breath in awe when he sees the Buddha.
This reclining Buddha depicts the scene of Sakyamuni mourning with his disciples and Bodhisattvas at the moment of Nirvana. What is more amazing is that when you look at the Buddha from different angles, you will see that its eyes are changing. When you look far away, the eyes of Buddha are closed. But when you go a little bit closer, you will find that the eyes of Buddha are all open.
The Great Buddha Temple has built-in archway-style mountain gates and four great temples of heavenly kings, Guanci Temple, cross hall, accompanying hall, chamber and the main hall of sleeping Buddha. The main hall is south induction temple, the north is the Jinta hall, the later is the Tibetan Pavilion and the pagoda. The main hall of the Great Buddha Temple is a two-storey building with 33 meters high and 9 square meters wide and 7 deep. It covers an area of 1770 square meters.
Among the Buddhists in China,Gansu Province Zhangye Grand Buddha Temple has another name as "Three Great Buddhas". In addition to the only Xixia monastery building in China and the largest indoor reclining Buddha in Asia, it also preserves the most complete Buddhist Sutra of Beizang and the Prajna Sutra. There is also a very pious story.
In 1941, Ma Bufang, a warlord in Northwest China, wanted to enter the Dafo Temple. In order to protect the Buddhist Sutra from damage, Miao Xian, the abbot of the Dafo Temple, built a secret wall overnight to store the wardrobe which contain BeiZang. Only a few people were aware of the secret of the Sutra, and it was passed by the abbot of the monastery to the most trusted disciple.
This secret has been relayed to a nun, whose surname is Yao. As a former imperial monastery, the empty stomach of the sleeping Buddha actually contains a lot of gold and silver jewelry and books, which were robbed and empty during the Cultural Revolution. However, the secret of the scriptures, no matter how hard it was to live, was piously kept by the nun.
In 1975, she was engulfed in a hut near the Tai Buddha Temple by fire. It was not until 20 years after her death that the monastery renovated the burned house that it found a secret door leading to the Tibetan Sutra Hall from her bedroom. When it was opened, 12 large Sutra cabinets were found. Inside the Sutra cabinets, there were 6361 volumes of Ming Yongle's Beizang Sutra and 800 volumes of Da Boroboro Sutra written in genuine gold.
And these precious scriptures lying in the glass cabinet nowadays naturally have also attracted great interest from the people who came here. The cover of the classics, or embroidery or dark flowers, emanates mysterious and classical breath.
The Zhangye Museum, which is separated from a big road in Zhangye, is even more pleasant.
Gansu Province Zhangye Museum, which opened only last year, can be said to be a very beautiful museum. It has a clear historical context, many collections, and interesting expanded knowledge. What's more, it adds a lot of high-tech interaction with the audience.During the northern cooling period, Zhangye became one of the northern Buddhist shrines. Jinta Temple Grottoes, located in the southeast of Sunan Yugur Autonomous County, Gansu Province, have the "essence of flying sky in the east" of the "high relief painted sculpture flying sky". Dunhuang's flying sky is flat, but the flying sky here is three-dimensional. From the costume and face of flying sky, we can see that the Buddhist statues of this period have a strong Western style. Unfortunately, the cave is not open to the public, but the Zhangye Museum used 3D printing technology to restore these amazing flying statues.
In addition, the third grotto of Mogao Grottoes in Dunhuang, which is not open to the outside world, is reproduced in the way of video animation and scene restoration by the museum, very immersive.