24 Solar Terms: 9 things you may not know about Winter Solst

Post Time:2018-12-26 Views:
The traditional Chinese lunar calendar divides the year into 24 solar terms. Winter Solstice (Chinese: 冬至), the 22nd solar term of the year, begins this year on Dec 22.
On the first day of Winter Solstice, the Northern Hemisphere experiences the shortest day and the longest night in the year, as the sun shines directly at the Tropic of Capricorn. From then on, the days become longer and the nights become shorter. The Winter Solstice also marks the arrival of the coldest season in the year. Here are nine things you should know about Winter Solstice.
The Winter Solstice Festival
There was a saying that went in ancient China, "The Winter Solstice is as significant as the Spring Festival."
As early as Zhou Dynasty (c.11th century-256BC), people worshipped the gods on the first day of the Winter Solstice, which was also the first day of the new year. The Winter Solstice became a winter festival during the Han Dynasty (206 BC-220AD). The celebratory activities were officially organized. On this day, both officials and common people would have a rest.
During subsequent dynasties, such as the Tang (618-907), Song (960-1279) and Qing dynasties (1644-1911), the Winter Solstice was a day to offer sacrifices to Heaven and to ancestors.
Eating nuts
When midwinter comes, vital movement begins to decline and calm down. In this period, eating an appropriate amount of nuts, such as peanuts, walnuts, chestnuts, hazelnuts and almonds, is good for one's body. Traditional Chinese medical science teaches that the quality of a nut is tepidity and most nuts have the function of nourishing the kidneys and strengthening the brain and heart.
Eating dumplings
During Winter Solstice in North China, eating dumplings is essential to the festival. There is a saying that goes "Have dumplings on the first day of Winter Solstice and noodles on the first day of Summer Solstice."
Eating wontons
People in Suzhou, Jiangsu province, are accustomed to eating wontons in midwinter. According to legend, during the midwinter feast 2,500 years ago, the King of Wu (one of the states during the Western Zhou Dynasty and the Spring and Autumn Period) was disgusted with all kinds of costly foods and wanted to eat something different. Then, the beauty Xishi came into the kitchen to make "wontons" to honor the king's wish. He ate a lot and liked the food very much. To commemorate Xishi, the people of Suzhou made wontons the official food to celebrate the festival.
Eating tangyuan
In places such as Shanghai, people eat tangyuan, a kind of stuffed small dumpling ball made of glutinous rice flour to celebrate Winter Solstice.
Eating mutton and vermicelli soup
In Yinchuan, Ningxia Hui autonomous region, people call midwinter the "Ghost Festival". On that day, it is customary for people there to drink mutton and vermicelli soup and eat the dumplings in the soup. They give the midwinter soup a strange name: "brain" and share it with their neighbors.
Eating rice cakes
During the Winter Solstice, Hangzhou residents traditionally eat rice cakes. In the past, before the approach of the winter solstice, every household would make the cakes to worship their ancestors or use as gifts for relatives and friends. Today, though fewer families eat home-made cakes, people there still buy rice cakes for the Winter Solstice Festival.
Offering nine-layer cakes to ancestors
Taiwan residents keep the custom of offering nine-layer cakes to their ancestors. People with the same surname or family clan gather at their ancestral temples to worship their ancestors in order of their ages. After the sacrificial ceremony, there is always a grand banquet.
Eating red-bean and glutinous rice
In some regions south of the Yangtze River on the first day of Winter Solstice, the whole family gets together to have a meal made of red-bean and glutinous rice to drive away ghosts and other evil things. 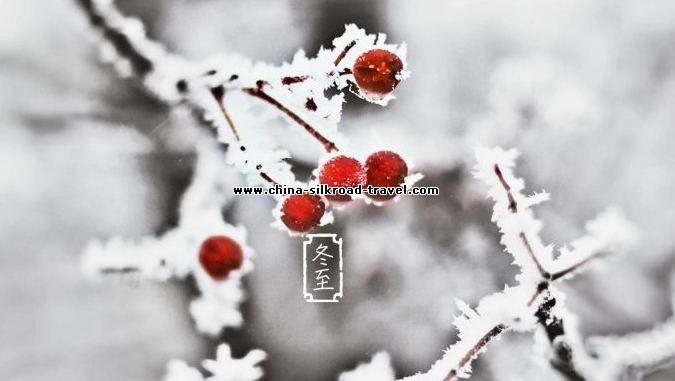 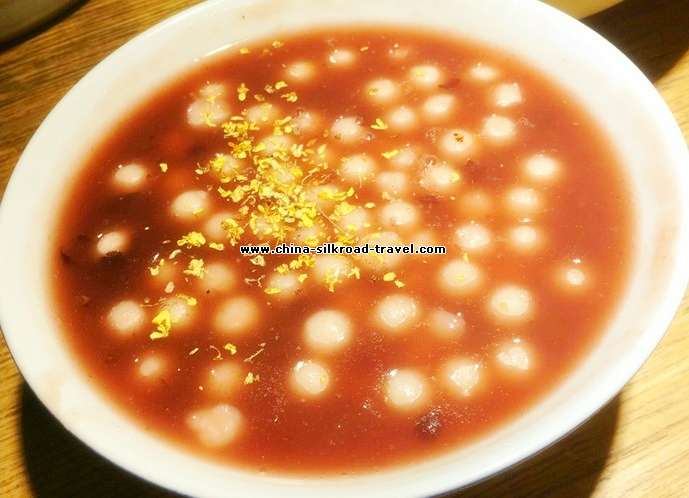 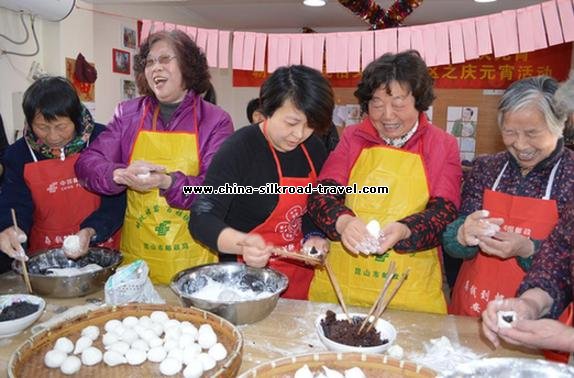