Xinjiang Uyghur Autonomous Region in northwest China grows nearly one-fifth of the country's grapes. Turpan is called the Hometown of Grapes. Lying to the northeast of the city, Grape Valley is a peaceful haven for those who love fruits. The Grape Valley, located in the barren Flaming Mountains, the hottest spot in China, the valley is surprisingly refreshing. The sandy soil there is also very suitable for grow grapes. Every May, the Flame Seedless grape from Turpan is the earliest to be picked and sold at the market. The big temperate difference between day and night makes grapes produced in Xinjiang extraordinarily sweet.

What to Visit in Turpan Grape Valley:

The Grape Valley is not only an excellent place to pick grapes but also a place that you can enjoy yourself so much as to forget to go home. In the valley, you can visit the five significant sites from the south to the north: Home of Apandi, Wang Luobin Music & Art Museum, Folk-Custom Park of Darwaz, Oasis Vineyard, and the Ethnic Village. Tourists can taste hundreds of different grapes, and watch Uyghur singing and dancing performances, etc.

1. The Home of Apandi in Turpan Grape Valley:

We have heard some stories and legends about Apandi. The natives said that Avanti lived here. Yes, it was the Avanti on TV. I always thought it was a fictional character, but I didn't know it existed. The Home of Apandi is an excellent place to learn the stories of Apandi and knowing how ancient Turpan people lived. In local culture, Apandi (a figure in the Islamic legends), recorded as born in 1208, helped the local people fight for justice and rights, so he was the embodiment of diligence and wisdom. Meanwhile, it also collects daily objects from the Tang Dynasty to the Qing Dynasty, from which tourists can learn about the development of local agriculture and handicraft industry. 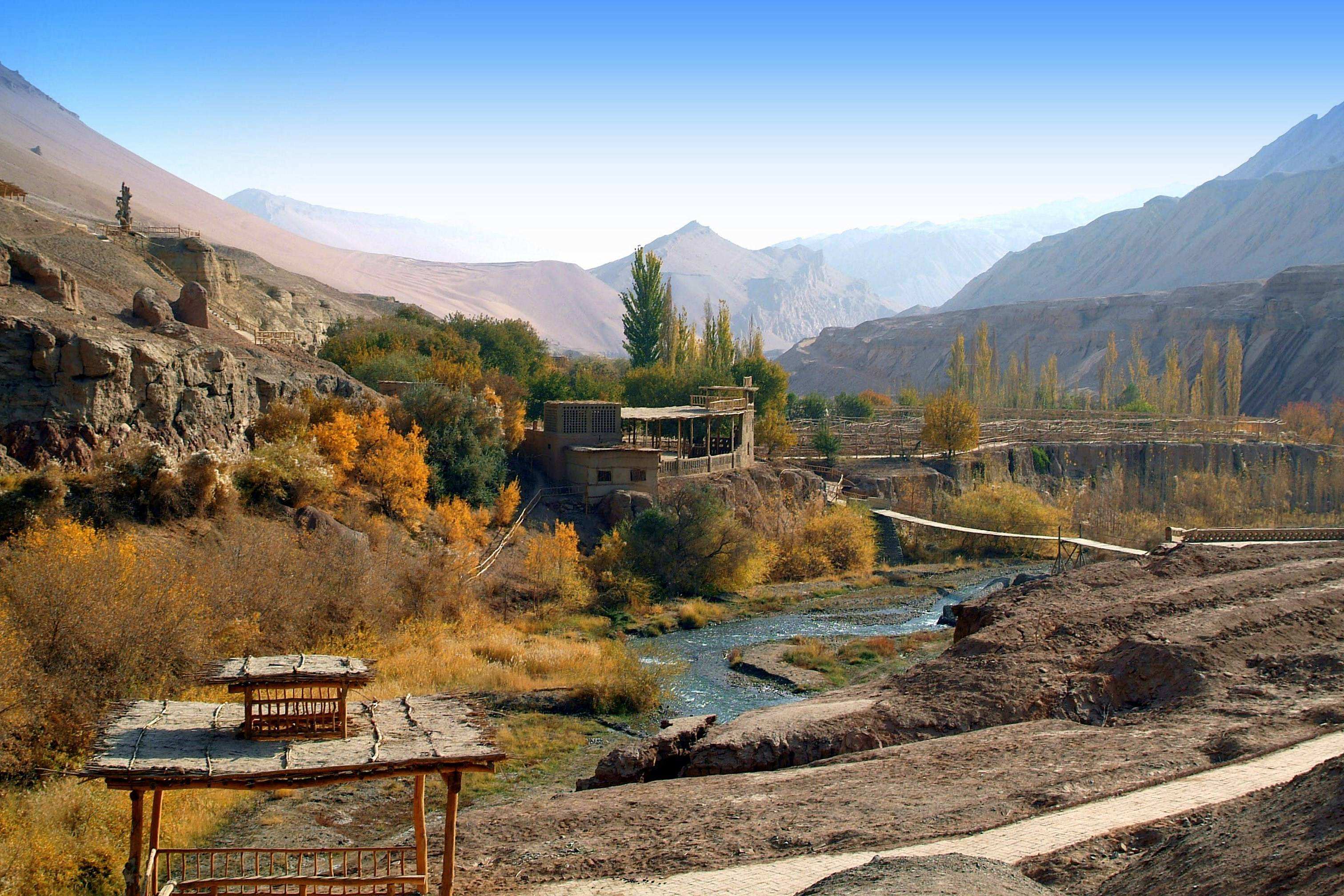 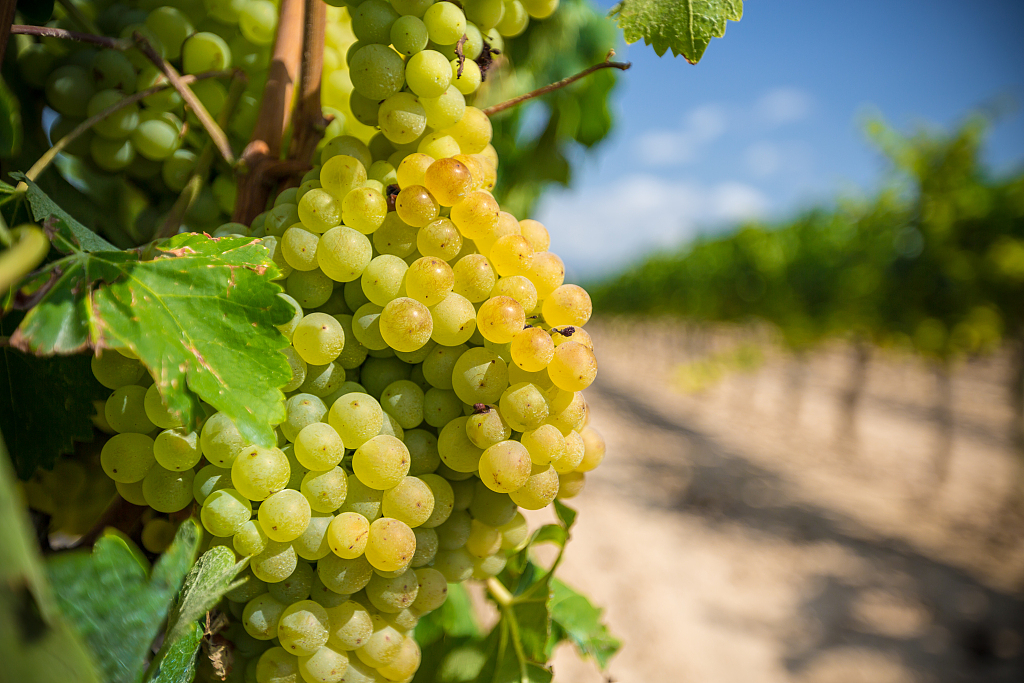 Situated in the middle of the Grape Valley, Folk Custom Park of Darwaz lies on the steep Flaming Mountain precipice in the East and across the magnificent Tianshan Waterfall in the West, and it is retro and full of vitality scenery. From the 1st of May every year, you can enjoy the high wire ropes and other various challenging performances.

Built-in the Grape Valley central amusement park of Turpan City, Xinjiang, Wang Luobin Music & Art Museum was established in June 2000. It is a building with Xinjiang national style located in the Grape Valley green trees by the mountain and the water. With its unique cultural connotation, the museum has been listed in the knowledge of Turpan region One of the famous tourist attractions.
Wang Luobin is a famous Chinese songwriter who devoted his whole life to creating ethnic minority themed songs. 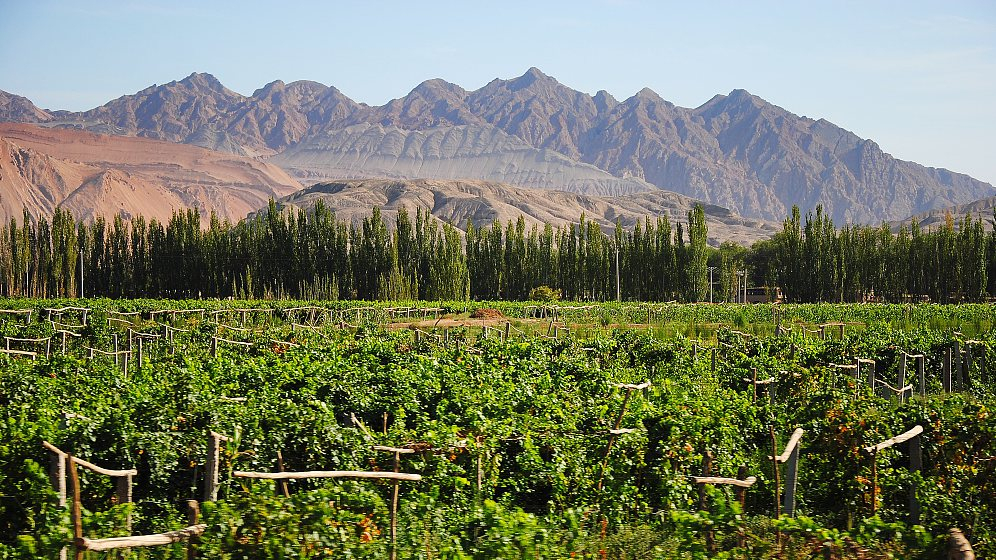 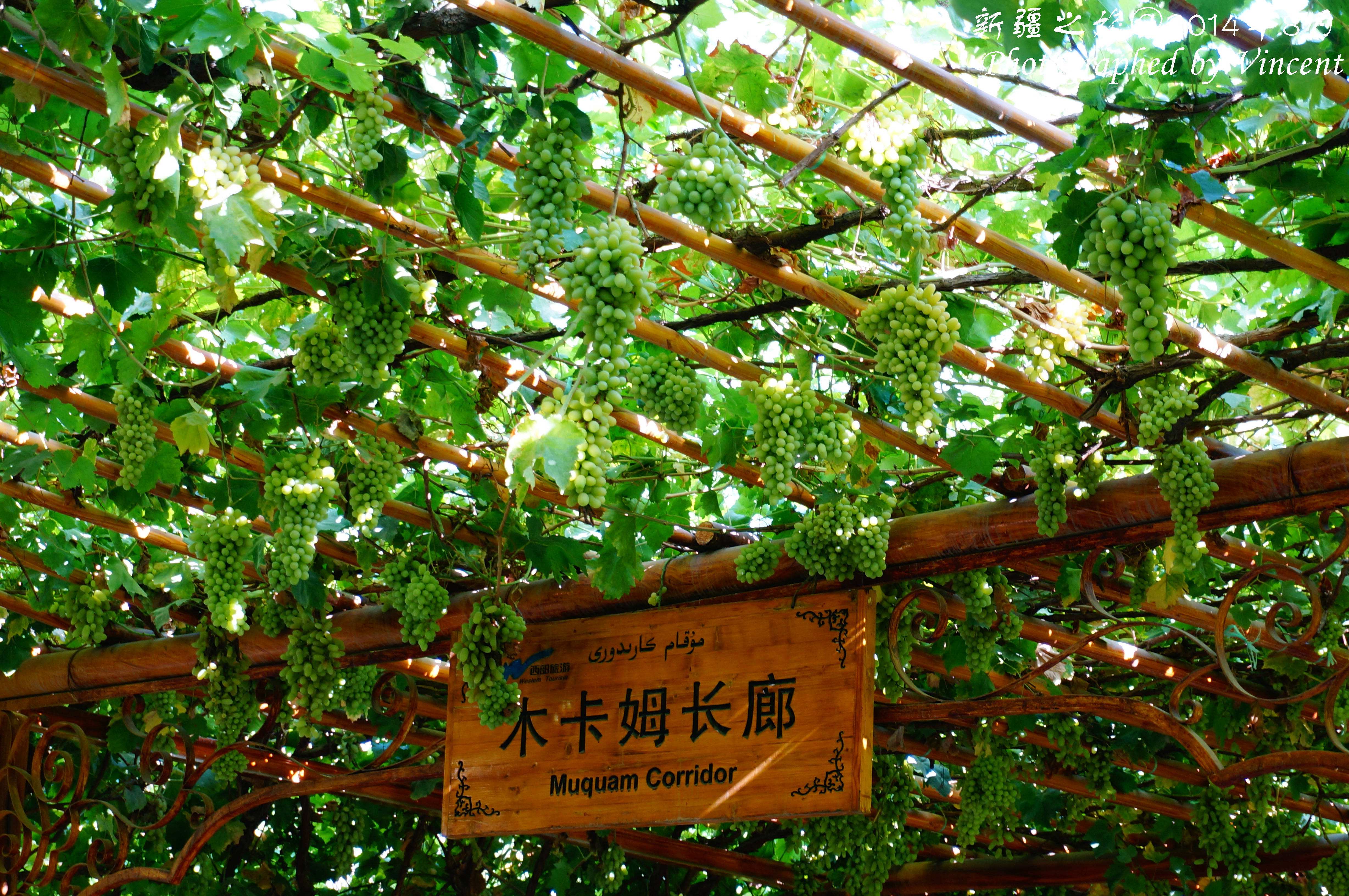 Famous across the country, the grapes are a local specialty of Turpan. With only eight kilometers from north to south, its annual output of grapes can exceed 10 million kilograms.
After harvest, people store the grapes in the shade houses with porous walls, leaving the rest to the hot winds from the Flaming Mountain. In 40 days, sweet raisins are ready to serve.
1. Turpan Raisins: Aside from vinification, the weather in the region benefits the creation of another particularly tasty grape product – raisins. Turpan is said to be the most significant green raisin producer in the world.
Shade Houses in Grape Valley: The locals usually dry grapes inside a unique house called Chunche. The building typically has many holes on the walls to allow wind to enter and accelerate the process. Grapes dried in the shady Chunche are often sweeter and lighter in color than those dried in direct sunlight. The sugar content of dried grapes from the area can reach nearly 80 percent, and raisins produced in Turpan are also more significant than those produced elsewhere in China.
2. Turpan Port Wine: People may be familiar with grapes and raisins in Xinjiang, but few of them have heard of the wines produced there. That has to do with the type of grapes grow there. For cultivated grapes, there are mainly table grapes and wine grapes. Table grapes are the ones people buy from the market. In Xinjiang, the plantation area of wine grapes only accounts for a quarter of the total.
A lack of promotion and inconvenient transportation also make wines produced in Xinjiang less known, unlike Ningxia wines from northwest China's Ningxia Hui Autonomous Region that have received local and international recognition. However, Xinjiang is still the earliest place in China to plant grapes and make wine. 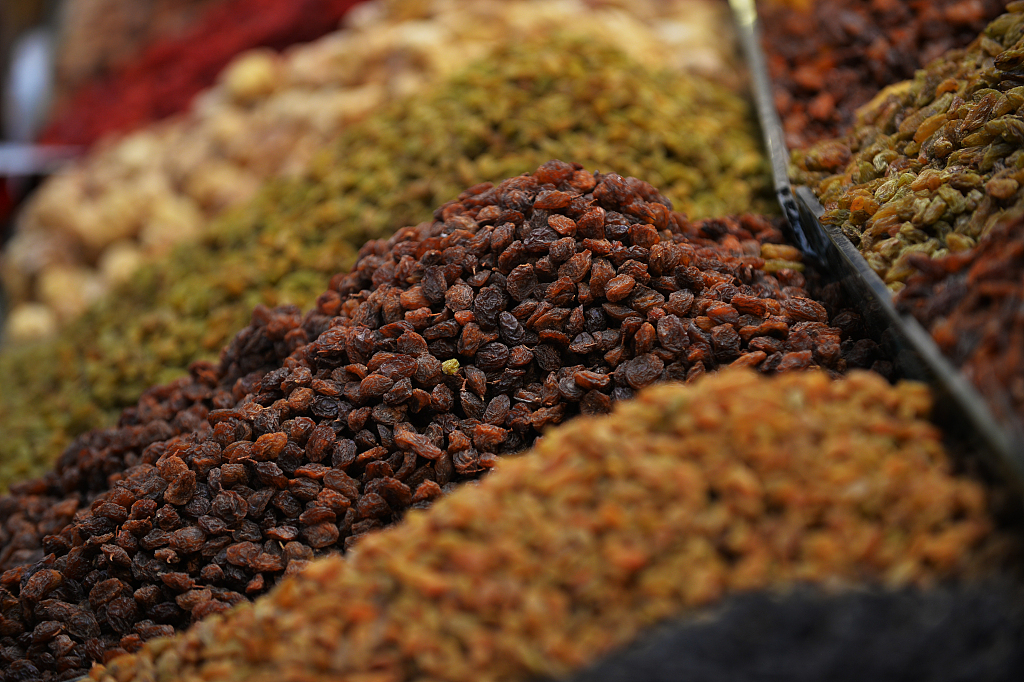 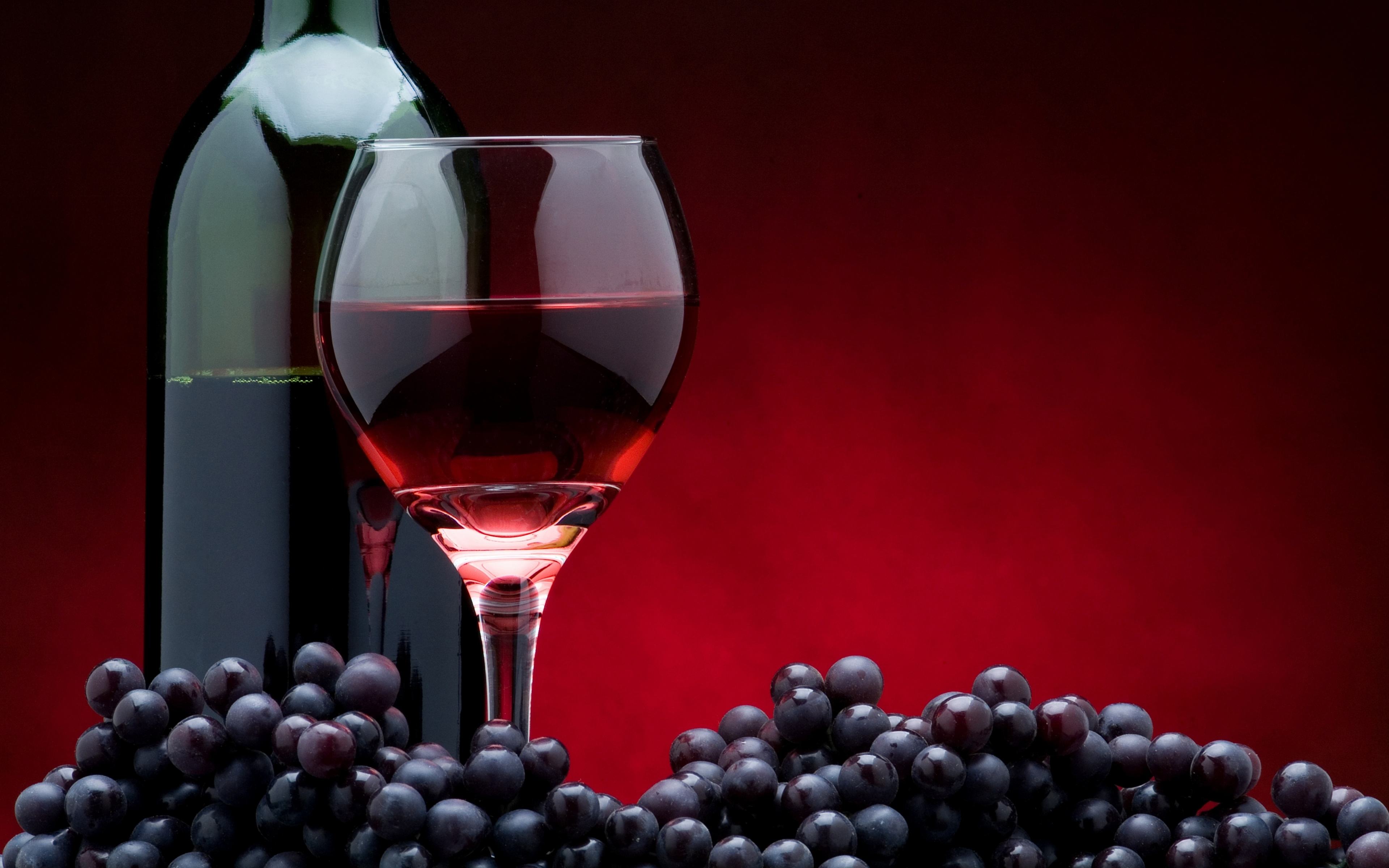 Though the climate in Turpan is rather arid, traditional Karez Well System keeps the grape well watered by collecting water from the snow runoff on the mountainside and delivering the swaths of grape trellises on the valley floor.
Turpan has a unique continental arid desert climate in the warm temperate zone, the hottest place in the country; it is known as "Huozhou." From June to August, the annual maximum temperature has reached 53.2 ℃, with an average temperature of 38 ℃, and from late November to winter, with an average temperature of - 5 ℃ ~ - 10 ℃.
The best time for Grape Valley is from July to September. Though spring may be more relaxed, there is often sandstorm that is harder to deal with than the heat. Autumn is probably the ideal time to be here, though the winter can come fast, bringing the biting cold of the desert.


How to Get to Grape Valley: