Post Time:2020-05-13 Views:
With its origins in the Han dynasty, the silk road was a series of trade routes that extended from China, across Central Asia, to as far as Europe. Historically, the Silk Road was a key link between China and the West. Along with it, not only goods but also ideas were exchanged between the two great civilizations of Rome and China. However, it seems to be in the nature of human beings to move from one place to another, to trade with their neighbours for goods, skills, and ideas. That’s where modern commerce and trade evolved from, and also what today’s concept of globalization is based on.

Belt and Road Initiative:
Looking back into history, it’s hard to neglect the role of the network of communication routes and trade paths crisscrossing the Eurasian region, known as the Silk Road, which was widely considered as the link connecting China and the west for the first time, as well as the inspiration for today’s Belt and Road Initiative.
Very much mirrored in the strategy which was proposed in 2013, the legacy of the ancient trade route once again displays its importance and dynamism in terms of economic cooperation and cultural communication. With Belt and Road Initiative, a past glory for China and the rest of the world will ultimately be restored in the 21st century. 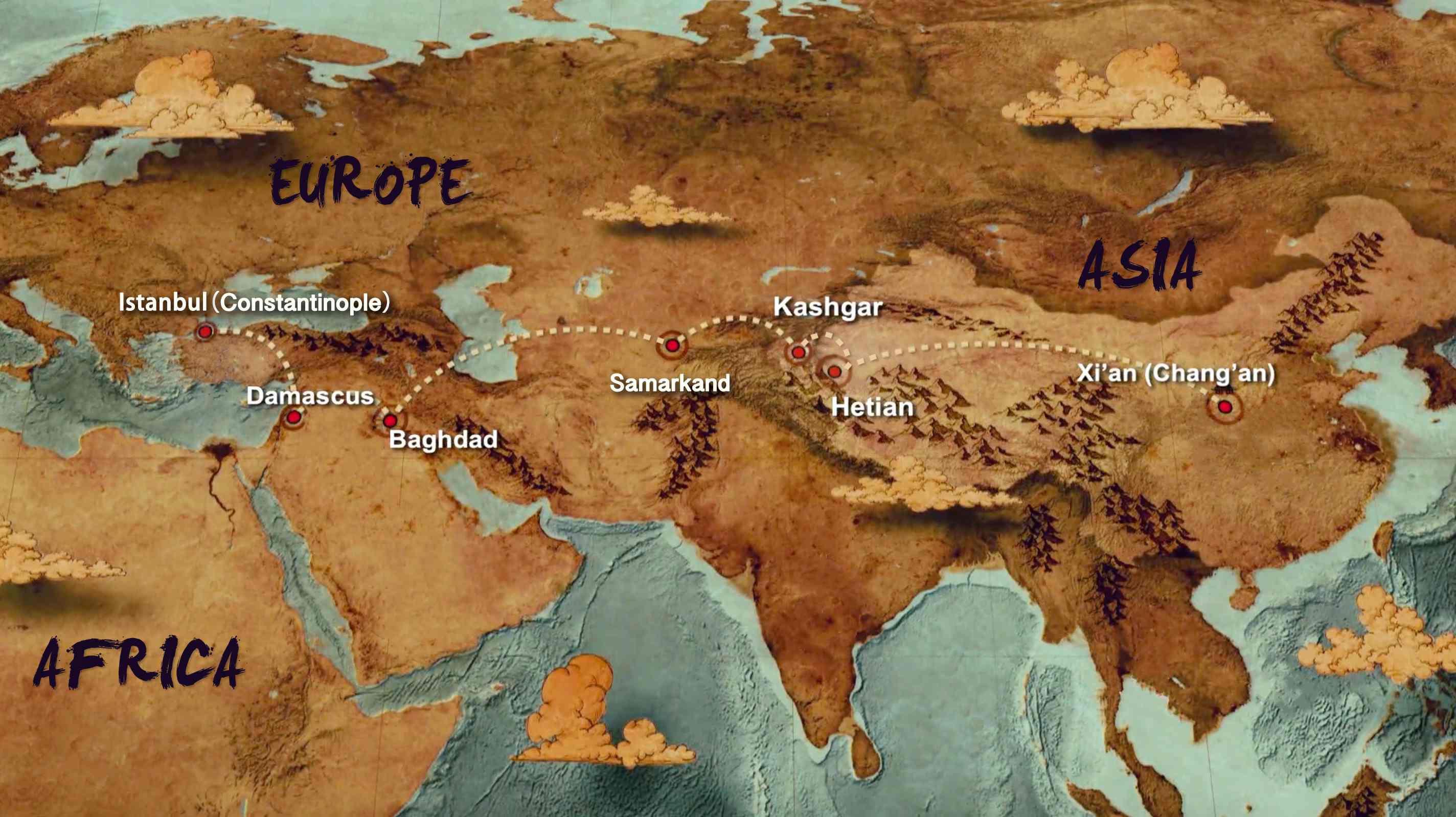 From when East met West to Marco Polo’s pioneering voyage:
To fully understand the significance of the Belt and Road Initiative today, you need to know about its glorious past as the legendary Silk Road, which dated back to the Han dynasty (206 BC - 220 AD). The Silk Road was an ancient network of interconnected trade routes stretching some 6,000 kilometres from Eu-rope through the Middle East and Central Asia to the Far East. The overland, intercontinental Silk Road divided into northern and southern routes bypassing the Taklamakan Desert and Lop Nur in today’s Xinjiang Uygur Autonomous Region.
More than 700 years ago, the Italian explorer Marco Polo took four years to travel along the route through present-day Iraq, Iran, and Turkmenistan to ancient China and documented his voyage, which recorded a culture completely unknown to Europe at that time and did much to kick start the Western age of exploration. 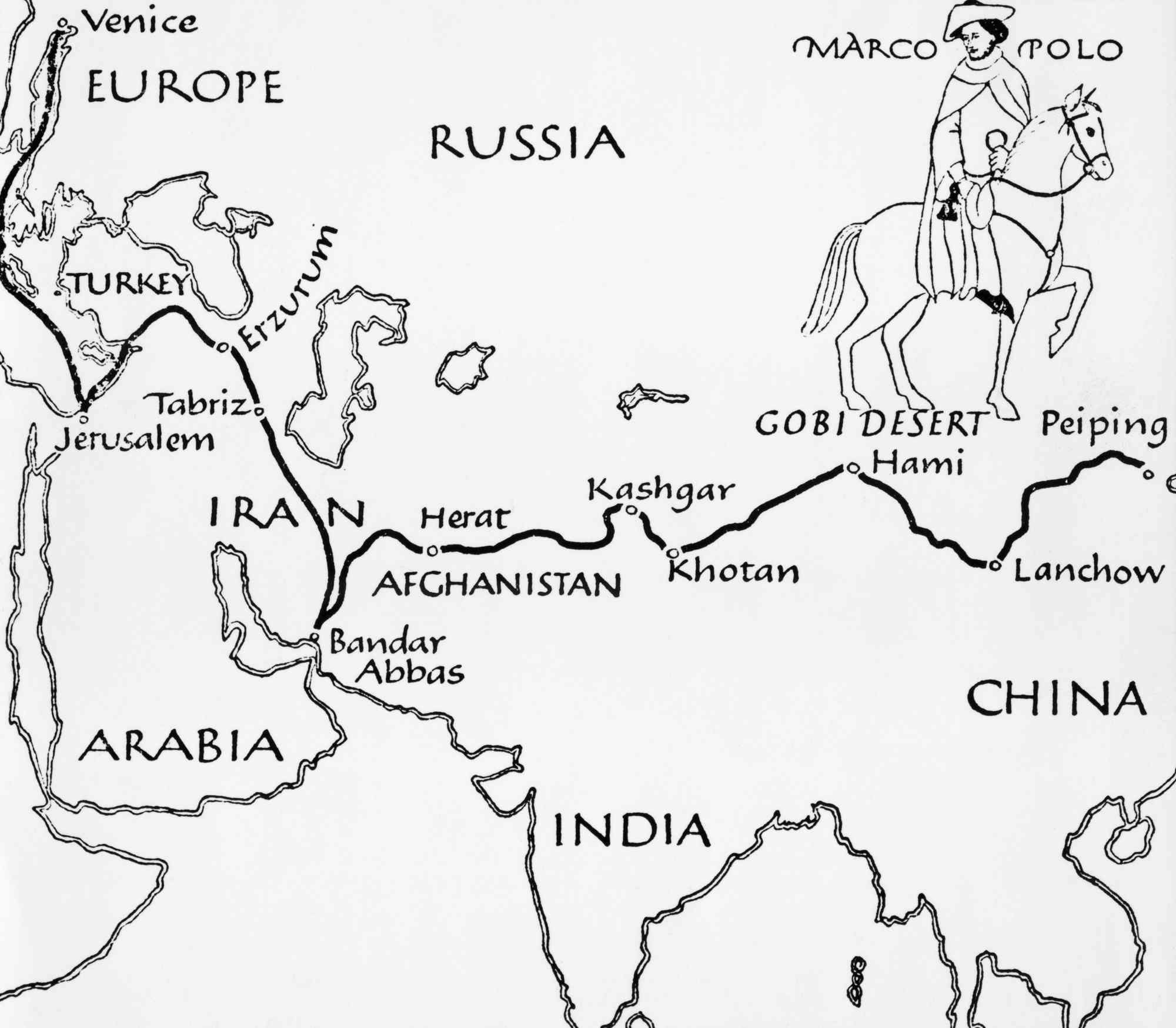 Beyond silk: A diverse trade route:
The historic trade route derived its name from lucrative Chinese silk, which was one of China’s chief exports and most precious diplomatic gifts. However, the term was not widely used until the mid-nineteenth century, when the German geologist Baron Ferdinand von Richthofen called the trade and communication network Die Seidenstrasse (the Silk Road) in one of his books.
Other luxuries were later transported to the west across the Silk Road, including porcelain, fine jewellery, tea, gold, exquisitely carved jade, spices, coral and ivory. Trade was not just one-way traffic - in the opposite direction, bronze weapons, furs, ceramics and cinnamon bark were sent China’s way from the west.
Maritime routes were also crucial in this network, linking south Asia through the Strait of Malacca and the Arabian Sea to the Mediterranean by sea, and were mainly used for the trade of spices, thus becoming known as the Spice Routes. 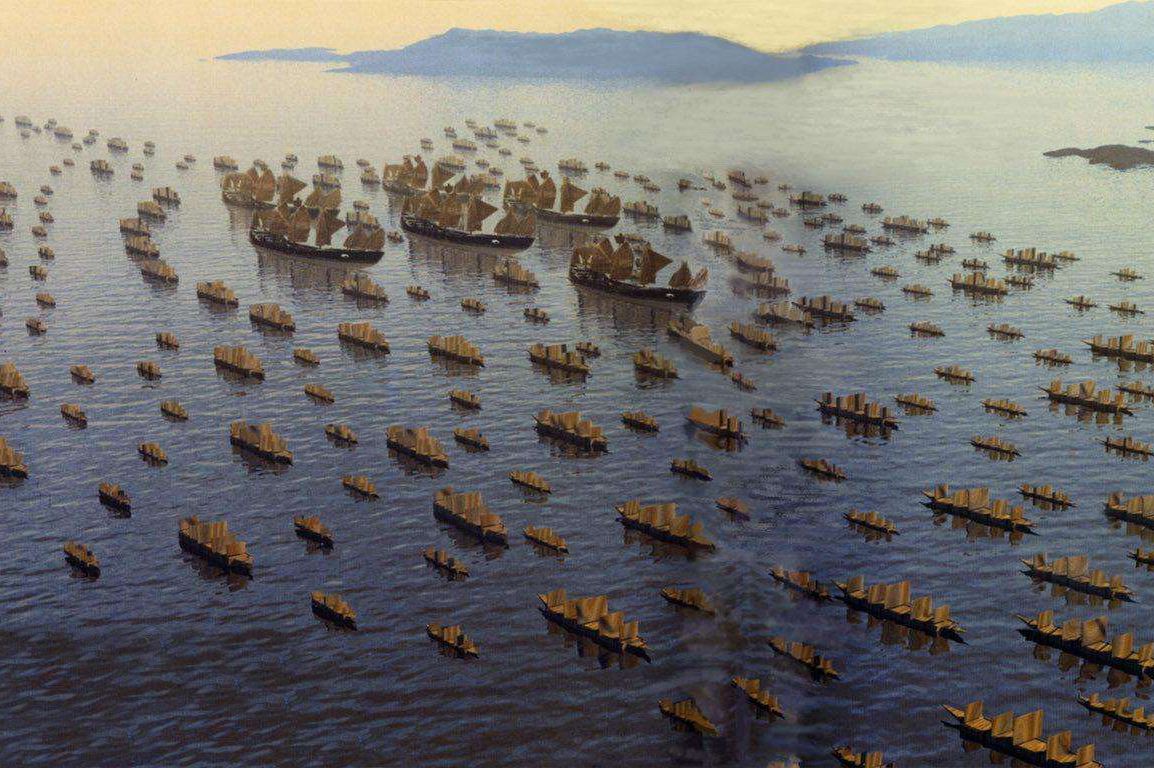 Routes of communication:
These vast trade networks also brought about continuous and widespread interaction between many cultures, an exchange that was perhaps the most profound legacy of the Silk Road. Languages, knowledge, ideas, cultures and beliefs were exchanged between peoples constantly mixing together and moving along the Silk Road, a phenomenon that left its mark on the cities along the trade route. Through this multicultural exchange, which was previously unprecedented in world history, science, technology, arts, literature and crafts were all greatly influenced, with the Silk Road leaving behind a legacy that continues to be felt throughout the region today. 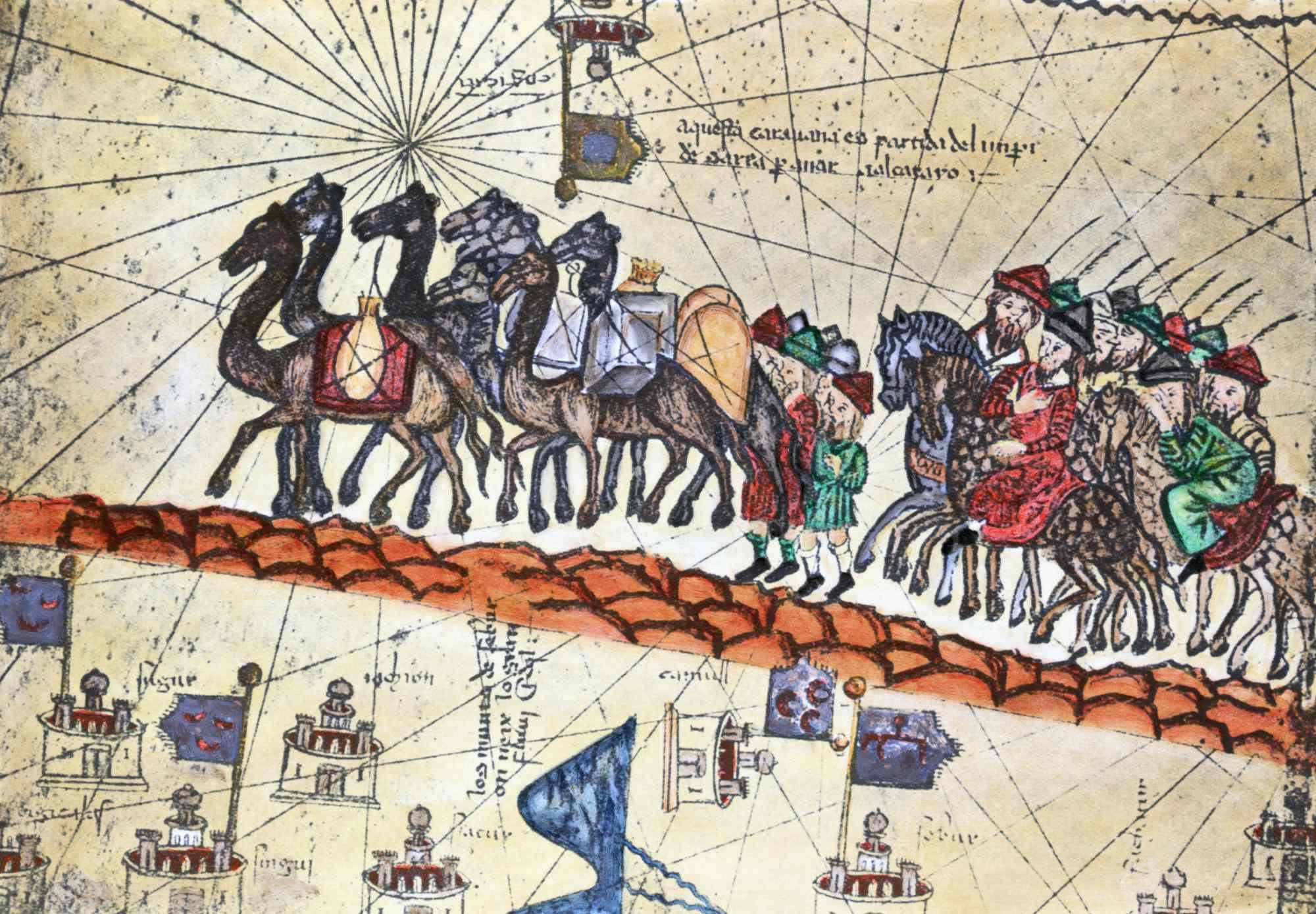 Ancient cities connected along the Silk Road Chang'an:
Chang'an was one of the most important ancient imperial capitals and cities in Chinese history and was located close to today's Xi'an, in Shaanxi Province. As the starting point of the Silk Road, it was an industrial and commercial hub of the nation for millennia and acted as a key crossroads for people of various cultural backgrounds, ethnic identities and religious beliefs from regions throughout Asia and the Middle East.
The ancient city featured two bustling business and trade districts - the East Market and the West Market - both thriving centres of commerce in Chang'an during the Tang Dynasty. The West Market, which was dedicated to trade in foreign and exotic merchandise, attracted a great number of international customers and merchants, bringing together people from Central Asia, Persia, Arabia, South Asia, Korea and Japan.
If you are interested in Xi'an, please read these post: How to perfect your 72-hour visa-free stay in Xi'an and Silk Road Travel to Xi'an Muslim Quarter.
You may like other itineraris, please refer to https://yourtravelitinerary.com 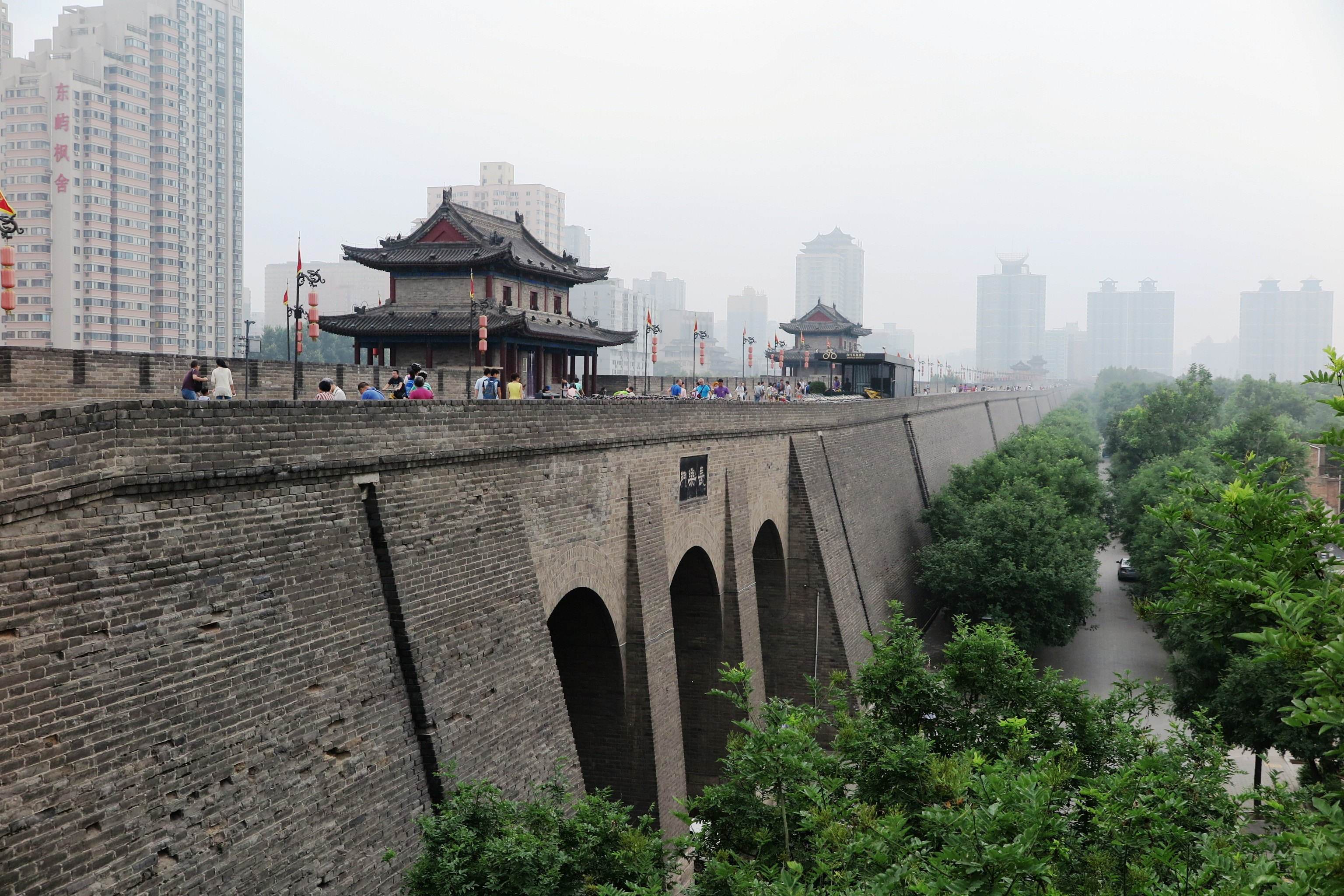