One Belt One Road

Post Time:2018-12-29 Views:
Present Xi’s Proposal
On September 7, 2013, Xi put forward the idea in the speech at Kazakhstan Nazarbayev University.
China is willing to strengthen maritime cooperation with ASEAN, making good use of fund to develop marine partnership to build the ”21 st century Marine Silk Road” .
On November 8, with the help of APEC held in Beijing. The blueprint and the implementation conditions of The Belt And Road became muture. 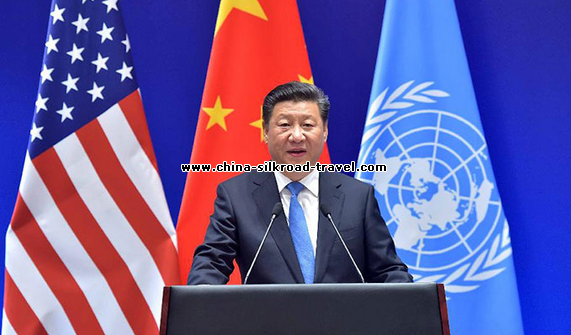 International Background
The world’s economic growth weakened, and it’s recovery is weak. Many countries were facing economic hardship.
China took this opportunity to put forward OBOR strategy concerened about the countries mentioned to realize a win-win situation.
Domestic Background
The Belt And Road, as an important long-term national development strategy. It has five strategic issues including Overcapacity Problem, Resources Acquisition, National Security, and so on.
Overcapacity Problem
1. OBOR opens up new export markets to compete with America and Japan.
2. It helps emerging market countries and less developed countries in infrastructures construction, using the sufficient foreign exchange reserves to solve the overcapacity problem.
Resources Acquisition
China’s oil and gas resources are highly dependent on overseas mineral resources.
OBOR will build some effective channels to get resources. It contributes to the resources diversification.
National Security
The industry and infrastructure of coastal region, western area and central area need to be protected from external concealed threats.
OBOR will improve the capability to strengthen the national security at risk of conflict.

Trade Initiative
OBOR will make China have a greater say in global market and regional economy.

Transportation Network
With building a transportation network in the neighboring area, OBOR will promote the export trade and mobilization of resources.

Suggestions from President Xi
1. To realize interconnectivity among Asian countries for the first time.
2. To build a transportation network on the basis of Economic Corridor.
3. To give priority in the project of highway and railway construction between China and neighboring countries.
4. Silk Road fund is open to the investors in and out of Asia.
5. To consolidate the foundation of Asian interconnectivity on the basis of cultural and educational exchanges.