The Views of International Leaders On ＂The Belt and Road＂

Post Time:2018-12-29 Views:
The China-proposed Belt and Road Initiative (BRI) can be a very important instrument to meet the UN 2030 Agenda for Sustainable Development.
So I’m expecting to participate in the discussion to see how we can extract the maximum possible value of the Belt and Road Initiative for global inclusive and sustainable development.
Multilateralism is the solution to global problems. And China has been a strong pillar of multilateralism. When we look at BRI, we see a very important contribution to this solidarity in addressing global problems with international cooperation, where China plays a very central role. So I’m very happy to have the chance to participate in this Belt and Road summit.
We need an initiative of international solidarity to make people believe there’s better globalization, to make people believe there’s free trade that can benefit people overall, to make people believe that it’s possible to not leave anyone behind, and so discussions like the BRI are extremely useful.
I will attend the forum, and the topic I am most concerned with is the Belt and Road, the world;s largest initiative for infrastructure construction. I am glad to see that the Belt and Road Initiative, which connects China and Europe, also includes the Czech Republic.
Opening more air routes will improve people-to-people exchanges between China and the Czech Republic, while cooperation in the rail sector will involve greater transportation of freight.
This idea (the Belt and Road Initiative) is based on the ancient Silk Road which is characterized by the spirit of peace and of mutual beneficial cooperation. For Greece, the maritime road is of particular interest, given that Piraeus port is the first gateway to the European continent via the new Suez Canal.
Greece, a European country at the crossroads of three continents, has always been throughout its history open to communication and connection between different countries and civilizations. We warmly support this initiative in the context of our strategic partnership with China. And we are ready to creatively cooperate in this direction. 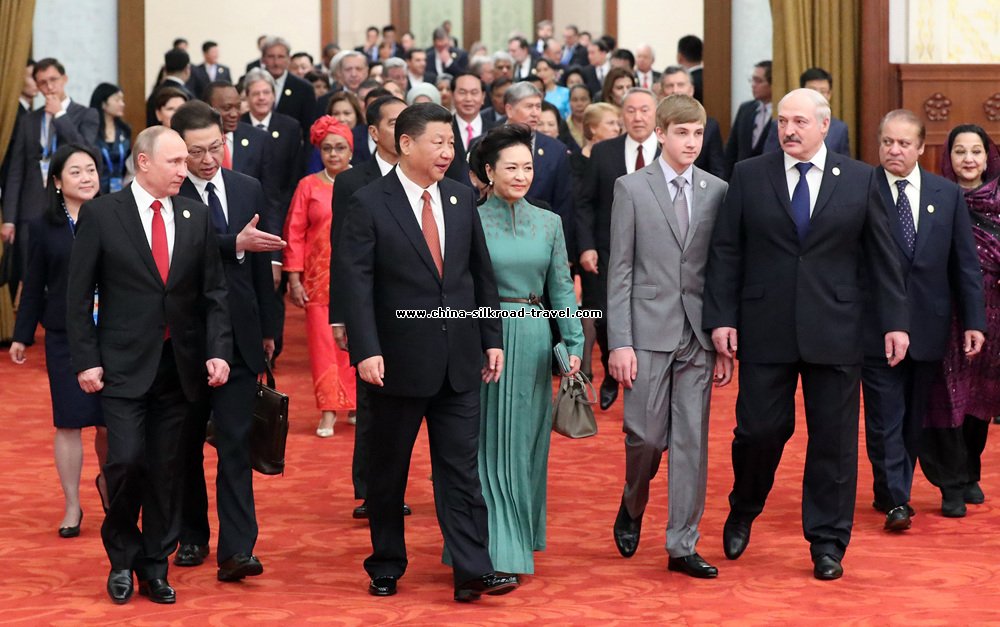 The Republic of Belarus will continue to strengthen its ties with China, as the country’s Belt and Road Initiative is providing a new economic growth point for the world.
The most important feature of the Belt and Road is that during its development, China has never raised any requirements to participating countries, thus creating no disagreements.
Once we don't have any disagreements, we will have better and smoother cooperation. China knows this very much, therefore I have to say Chinese is a wise people.
The Belt and Road Initiative is indeed a very interesting foreign policy strategy. Further connecting Europe and Asia firmly through trade and bilateral cooperation can hopefully be a future dynamo for growth and prosperity for both continents.
I hope the Belt and Road Initiative could provide economic stability and development for Central and South Asia –gateways between East Asia and Europe. This will be crucial for trade between the two biggest concentrations of economic power.
Pakistan's participation in the Belt and Road Initiative will help the nation achieve balanced development across all its provinces and bring about economic stability.
The Belt and Road projects will benefit the people of Pakistan directly because Chinese investments will go to areas critical to Pakistan's infrastructure.
So really, this project is about the economic welfare of the Pakistan people, on mutually beneficial terms, because China gains, Pakistan gains - it's a win-win.
The future of economic relations between Egypt and China under the Belt and Road Initiative is promising and we urge further Chinese investments in Egypt to fasten the pace of Egyptian-Chinese economic integration.
I believe that the B&R Initiative is great and China can surely make it a success. In order to ensure the success of the initiative, there should be agreement and coordination among all B&R states to complete the relevant infrastructures and also the initiative should provide win-win situations and mutual interests for all related parties.
As trade is increasingly treated with disdain and protectionism rises, we must find better ways to work with (India and China) to ensure open trading systems remain in place so new technologies, automation and artificial intelligence benefit our citizens.
China's Belt and Road Initiative provides valuable opportunities for bilateral and multilateral cooperation. These have to be realized case by case to ensure mutual benefits are delivered. Buzzwords such as agility and innovation are meaningless unless we put substance behind them.
The Belt and Road Initiative brings exciting opportunities for Australian businesses, and the government should not hesitate embracing the initiative as it did with the Asian Infrastructure Investment Bank.
Laos strongly supports China-proposed Belt and Road Initiative and the initiative has been producing tangible benefits for the country.
The China-Laos railway which commenced construction on Dec. 25, 2016, has been listed as the most important project in the Eighth National Socio-Economic Development Plan 2016-2020 of Laos.
Once completed, the railway will help facilitate people-to-people exchanges, reduce traveling time and costs ... the railway will also help promote agricultural production in Laos, increase income, attract more foreign investment and provide more employment opportunities.
The Belt and Road Initiative is a golden opportunity to bring about regional integration and sustainable economic growth for Africa.
The initiative is a project that will affect millions of people, and it will be one of the most important issues of the 21st century. The comprehensive approach of China means that the aspirations and development strategies of all countries involved will be considered and included in the initiative.