Home > China Tours > Silk Road Group Tours >
Summary: This Silk Road tour will take you to the mysterious and attractive historical Silk Route in China, where you will visit many historical wonders, Buddhism temples and beautiful Chinese classical architectures and historical ruins. Hexi Corridor, refers to the historical route in Gansu province of China. As part of the Nothern Silk Road running northwest from the bank of the Yellow River it was the most important route from North China to the Tarim Basin and Central Asia for traders and the military. 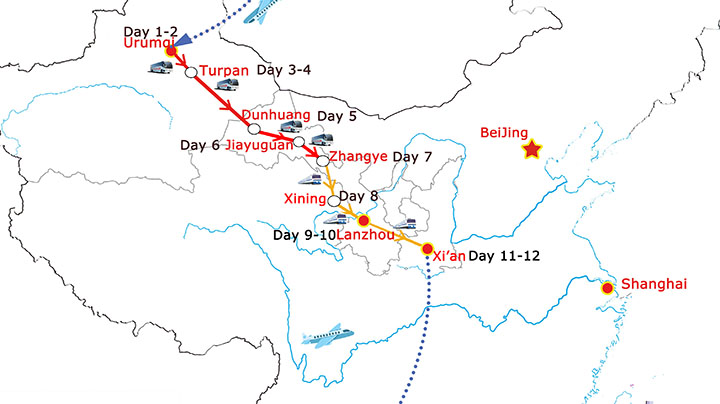 International flight on your own arrangement, We will arrange the airport transfer based on your flight time. Meet guide & take the sightseeing of Urumqi which means the beautiful pastureland in Mongolian Language. It is the largest city in China's western interior. Check into the hotel upon arrival.  Accommodation: In Urumqi Yilite Hotel 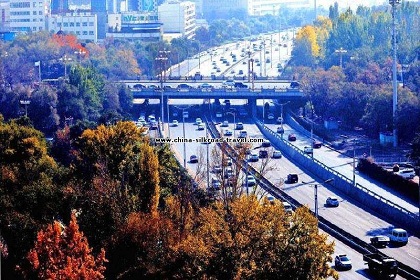 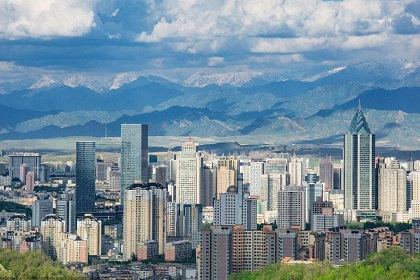 Morning your guide and driver will pick you up from your hotel. today we will do an excursion tour to the Heavenly Lake, a picturesque Alpine lake, 2000m up in the Tianshan mountain range. which is a long and narrow gourd-shaped moraine lake, There are eight beautiful scenic spots in the lake scenic area for you to visit. After exploring the Heavenly Lake in a few hours , we will drive back to Urumqi, tour at the Xinjiang regional museum to see archaeological treasures from the Silk Road and Xinjiang's minority cultures. And visit the Xinjiang International Bazaar, the largest bazaar in Urumqi. You'll find a bustling market filled with fruit, clothing, crafts, knives, carpets and almost anything that you can imagine.  Accommodation: In Urumqi Yilite Hotel 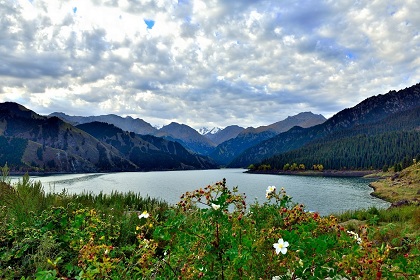 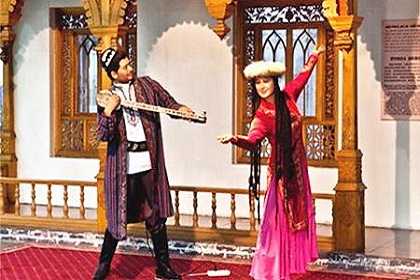 Morning you will take a 3 hours ride to Turpan and see the largest wind power station en route. Upon your arrival, take you to visit the Sugong Minaret, the largest Islamic minaret in China built in 1778. And visit the Karez Well, which is a special irrigation system in desert areas. here you can explore the operation of irrigation system and get rid of heat summer. And the last site in your Turpan tour is Jiaohe Ruins—with a history of 2,300 years lies between two rivers on a loess plateau atop a cliff of over 30m. It is one of the best preserved ruins of its ancient era in China, it was include in the World Heritage List on June 22, 2014. Flaming Mountains en route - lying in the Turpan Basin, on the northeastern rim of the Taklamakan Desert, is like a red dragon if viewed from afar. This is the largest, driest and hottest desert in China. Accommodation: In Turpan Huozhou Hotel 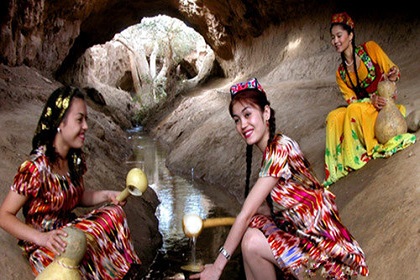 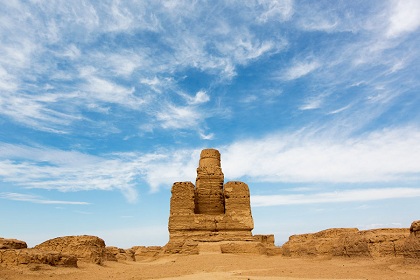 After breakfast, you will be transferred to the train station and take the express train to Dunhuang(Liuyuan Station). upon arrival, your guide will escort you to visit the Echoing-Sand Mountain and Crescent Lake, the most popular site in Dunhuang travel, Echoing-Sand Mountain, known as Mingsha Mountain to the Chinese, is 5 km to the south of Dunhuang and is famous for the constant sound of the moving sand. you can walk in the desert or experience a camle riding if you are interested, and take a photo at the Crescent Lake, which is an oasis in the desert. After dinner, you can walk around the Shazhou Night market, taste the local cuisine, buy some souvenirs. this is the largest night market in Dunhuang, you will find everything you want. Accommodation: In Dunhuang Fuguo Hotel 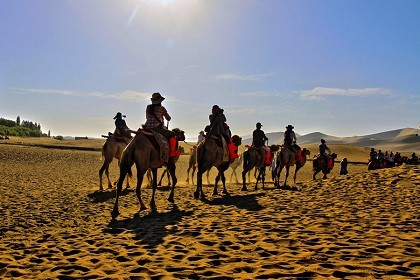 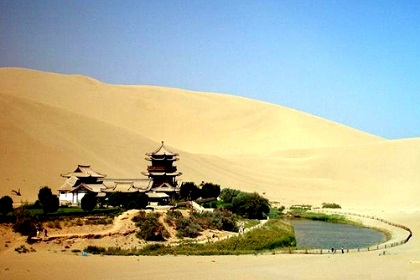 Morning tour of Mogao Grottoes, also known as the Thousand Buddha Grottoes, this UNESCO World Heritage site is one of the great artistic and religious wonders of the world and it is famous for its exquisite murals and various sculptures inside the caves, which was built in different dynasties, spanning 1,000 years of Buddhist art. After the visit, we will drive about 4-5 hours to Jiayuguan, the next stop of our Silk Road tour. upon arrival, our guide will escort you to the hotel check in and Have a good rest. Accommodation: In Jiayuguan Hotel 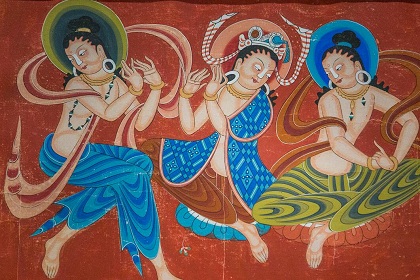 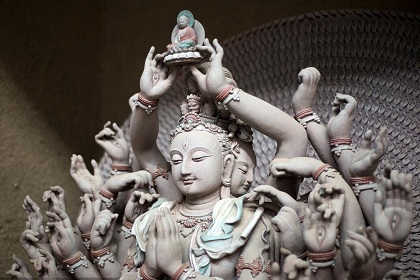 Today the tour will begin from the Jiayuguan pass. This Ming Dynasty fort guards the strategic Jiayuguan pass, at the western end of the Great Wall – this was the last section built by the Ming Dynasty. After that, you will explore the Great Wall Museum, which was opened to visitor in October 1989 and it is the first one to exhibit the Great Wall culture in a comprehensive and systematic way. next we are going to visit the Weijin Tombs, which are ancient tombs of brick paintings dating back 265-420 AD. The wall paintings discovered are lifelike and succinct in style and cover a wide range of subjects including politics, economics, culture, military affairs, folk customs, and science and technology during the Wei and Jin periods. In the afternoon bus transfer to Zhangye Linze County, enjoy the sunset of Zhangye Danxia National Geological Park, which is 510 square kilometres in total, it located in the north of Qilian mountains, SuNa County territory. The scenic Danxia, is a distance of 40 km from east Zhang Ye city, north from Linze county town by 20 kilometers, this is the most typical arid area of northern China. Accommodation: In Colorful Hotel 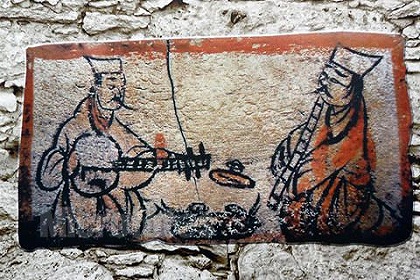 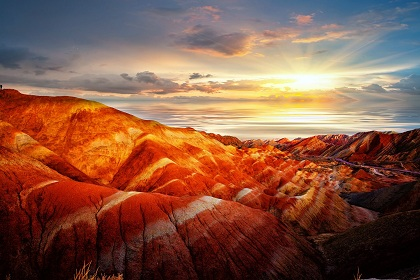 Today we will start from a Buddhist culture attraction. After breakfast, your guide will accompany you to the Grand Buddha Temple, which is the important place of the Silk Road. Midway in the Hexi Corridor along the Silk Road lies the historic city of Zhangye, the centerpiece of which is the mysterious Giant Buddha Temple. Located in the southwest corner of Zhangye in Gansu Province, the Giant Buddha Temple is the largest architectural relic in Gansu Province of the Western Xia (1038-1227) period. you will see the largest  and well-preserved reclining Buddha in this temple.  Afterwards, transfer to the train station to take the express train to Xining. Have a good rest upon arrival. Accommodation: In Xingwang International Hotel 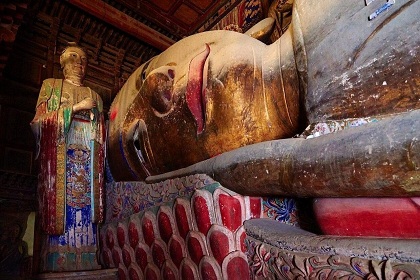 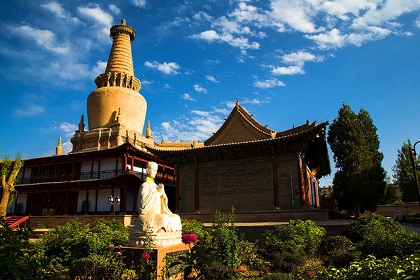 This morning we will visit the Qinghai Lake, the largest inland saltwater lake in China, the spectacular high-mountain scenery, and the cultural mix of Tibetan, Mongolian, and Muslim people. Qinghai Lake has become a popular tourist attraction due to the perfect combination of all the these natural attractions. you can stroll on the grass or ride on a yak, and the hospitable local people will welcome you to visit their home. Say farewell to the beautiful Qinghai Lake, we will continue to visit the Ta'er Monastery which is the center of Tibetan Buddhism in Northwest China, and enjoys a high reputation in China and Southeast Asia. Thereafter, transfer to the station and take the express train to Lanzhou, the capital city in Gansu. Accommodation: In Lanzhou Legend Hotel 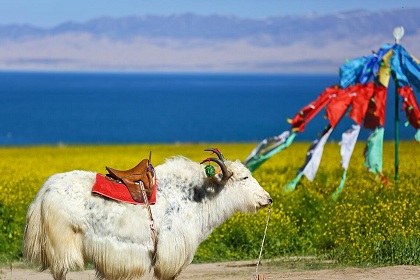 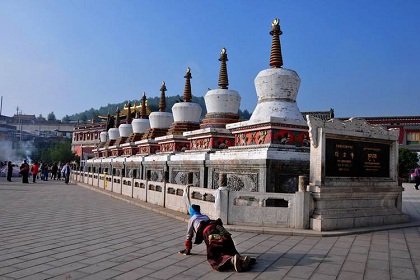 Breakfast in the hotel, drive you to Liujiaxia Reservoir, we will take a speedboat to Binglingsi Thousand Buddha Caves, On the way, you will see the green water connects to the yellow water while the blue sky connects to the yellow earth. Perhaps this can only be experienced in Liujiaxia. Upon arrival, head to visit the Binglingsi Thousand Buddha Caves  which is close to Liujiaxia Reservoir, These caves stretch for 200 meters, were built during the Western Qin, North Wei, Sui, Tang, and Song, Yuan, Ming, Qing dynasties (between the 3rd and 18th centuries). After that, we will back to the downtown and take a Lanzhou city tour, visit the The first bridge Of the Yellow River, Yellow River's Mother Statue, and the waterwheel park. Accommodation: In Lanzhou Legend Hotel 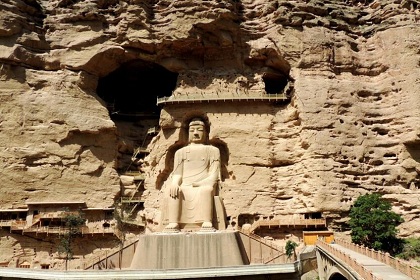 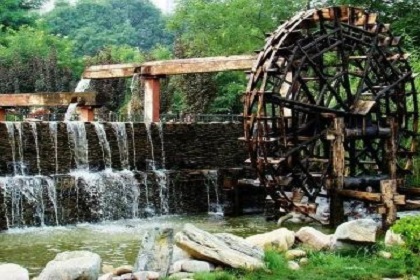 Today you will take the express train to Xi'an in the morning, you can take a break on the train or enjoy the scenery along the way. Arrive in Xi'an, our guide will escort you to check in your hotel and have a lunch. In the afternoon, we will head to our first stop Ancient City Wall, which is the most complete city wall that has survived in China as well being one of the largest ancient military defensive systems in the world. The City Wall has corner towers, ramparts, sentry towers, gate towers, battlements and a number of city defensive fortifications with very strong defense capability. You can walk, even cycle on the wall. and then we are going to the Muslim Street, you can do an exploration of local cuisine.  Accommodation: In Xi’an Grand Dynasty Culture Hotel 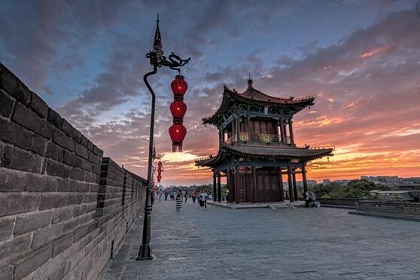 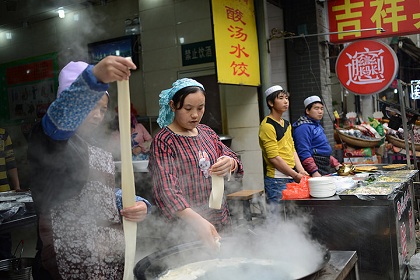 In the morning, we are going to visit the historical significance of the amazing The Terracotta Warriors and Horses -where7000 individually crafted clay soldiers stand on guard. This is one of the greatest archaeological findings of the 20th century - the army of terra-cotta warriors and the bronze chariots entombed in vast underground vaults at emperor Qin Shi Huang's tomb from two thousand years ago. Then continue to the Big Wild Goose Pagoda built to house Buddhist scriptures collected by a Chinese Monk,where you can see variety of Buddha statues.  Accommodation: In Xi’an Grand Dynasty Culture Hotel 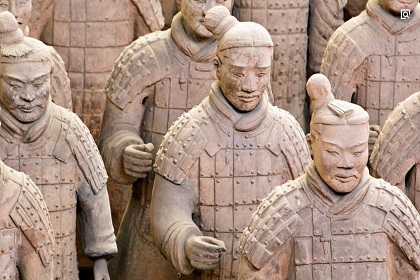 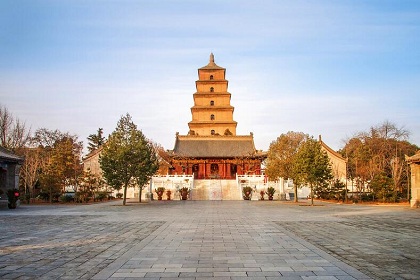 After breakfast, you will transferred to the airport to catch your flight.

√ Private transportation with Good AC
√ 4star Accommodation based on TWN rooms listed with breakfast;
√ Excellent English speaking guide
√ All sightseeing as specified in the itinerary;
√ 1st classexpress train:  Turpan to Dunhuang (Liuyuan station) ,Jiayuguan to Zhangye, Zhangye to Lanzhou, Lanzhou to Xining, Xining to Xi'an
√ 2 bottle of water each person every day

× All Airfares; flight to Urumqi, Leave from Xi'an
× Personal expenses and optional like boating, camel riding, Tips to the guide and driver
× Full board meals: all the lunches and dinners
× Other lost due to the weather condition
× Porters in Train stations