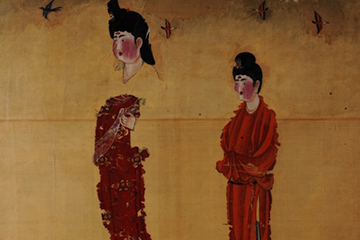 Arrive in Urumqi and visit the Xinjiang Museum after check in to the hotel.Tomorrow start your Xinjiang folklore photography tour.

Xinjiang Museum,the museum is the main institution to collect and investigate the unearthed cultural relics and specimens in Xinjiang. There are more than 50 thousand pieces of various kinds of cultural relics stored in the museum, among them, the ancient mummies represented by ‘the Loulan Beauty', manuscripts in Chinese, Kharosthi, Qiuci, Yanji, Tibetan, Uigurian and other characters prevailed in ancient Westen Regions, the silk ,wool, cotton and hemp fabrics and folk retainment, etc., are unusual tidbits in the world. 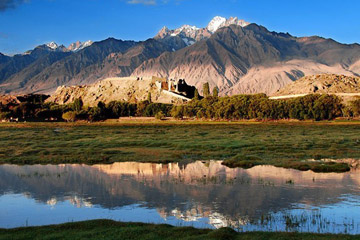 After breakfast take the flight to Kashgar and drive on the China and Pakistan highway to Taxkorgan county.Take photos on route.
Karakorum high way It is 1200 kilometers almost Sino Pakistan—Chinese friendship high way build since 1976. Ancient Silk Road Merchants often run Via over Karakorum, Wahan corridor with Hindi Kush Mountain to India, Pakistan until Iran. On the road, enjoy the scenery of the Mt. Muztag, Taxkorgan, Persian language that means, stone castle. 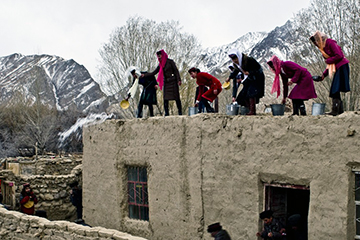 Enjoy the Tajik ethnic minority group's Water-splashing Festival and Planting Festival are agricultural festivals in the Taxkorgan Tajik Autonomous County , and are held on the first day of every spring planting. You can enjoy different and amazing activities such as the horse and Yark racing, Dancing and Singing, folklore exhibition, besides you also can experience the colorful Tajik folklore 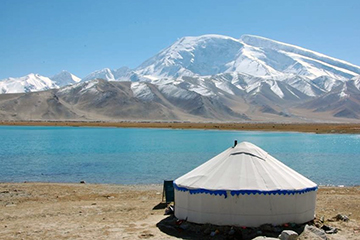 After breakfast head to visit the Karakul Lake ,enjoy the beautiful sights and take photos there.
Karakul Lake At an altitude of 3,600 m. it is the highest lake of the Pamir plateau, near the junction of the Pamir, Tianshan and Kunlun Mountain ranges. Surrounded by mountains which remain snow-covered throughout the year, the three highest peaks visible from the lake are the Muztag Ata (7546m), Kongur Tagh (7,649m) and Kongur Tiube (7,530 m). The lake is popular among travelers for its beautiful scenery and the clarity of its reflection in the water, whose color ranges from a dark green to azure and light blue. There are two Kirgiz settlements along the shore of Karakul Lake, a number of yurts about 1km east of the bus drop-off point and a village with stone houses located on the western shores 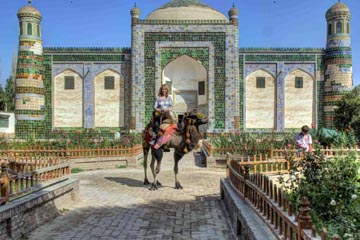 After breakfast back to Kashgar,and visit Id Kah Mosque,Apak Hoja Tomb, Old Town.
Id Kah Mosque It is the large Mosque in China and most famous one in Xinjiang. The Mosque started to build in the mid of fifteenth century, and has gradually developed to the present size. Id K ah Mosque, with about 16800 square meters in area, consisting of Pray Hall, the Koran teaching Hall, The Corridor, the Arches and other buildings attaching to it.
Apak Hoja Tomb This Mazar is the holiest place in Xinjiang and an architectural treasure Built in 1640.it is reminiscent of the Central Asian artistic style of Samarkand or Isfahan. A handsome blue-and-white tiled gate leads into the compound, which includes a small religious school and the Abakh Khoja family tomb. The latter is domed and faced with multi - colored tiles. I t most complete Islamic tomb of the Qing Dynasty up-to-now in China.
Old town,walking in the streets of its Old Town, will provide a sense of what this legendary Central Asian hub was like in the days when the Silk Road was at its zenith. 500-year old remnants of the city wall, narrow lanes and colorful multi-ethnic crowds combine to make Kashgar's historic district a highlight of any visit to the city. 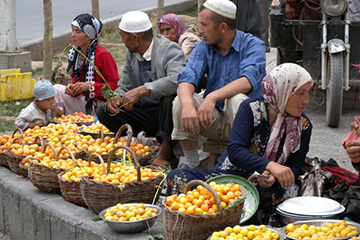 After breakfast Visit Sunday Bazaar,and then head to Akqi.
Sunday Bazaar(livestock Market)Streets near this big market are choked on Sundays with farmers and buyers arriving by donkey cart, truck, bicycle, horseback, ute, motorbike or on foot, with their animals. It's loud, lively and cheerful as they arrive, eat breakfast, set up their animals and check out the action. Cattle, sheep (they definitely look different), goats, donkeys, horses have their own sections; sellers show their animals are "good eaters"(most go as livestock not meat) and the entire experience is fascinating and fun. 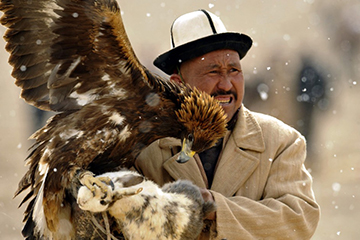 After breakfast enjoy the Eagle Festival and interesting activities.Take photos.
Eagle Festival is March 20, 2009, Xinjiang Akqi County organized by the local Kirgiz people gathered in the county racetrack, show their own domesticated falcon. Of Xinjiang Akqi County Kirghiz tribe domesticated falcon has a long history, local herders still intact with the original domestication way, known as the Falcon Township Kirghiz tribe while grazing, often riding to the top of the mountains up to nearly a hundred meters, and their domesticated falcon flying, so the local Kirgiz also known as the 'Eagle King'

After breakfast transfer to Akqi,and take the flight back to Urumqi,check in hotel upon arrival.

Urumqi to your destination

After breakfast check out the hotel,and then head to the airport,take the flight to your destination.

1: All lunches and dinners 2: personal expenses such as tips to the guide and driver