Home > China Tours > China Silk Road Tours >
Summary: This tour start from the Ancient city of Xi'an where you will visit the Wonders of Terrocat Warriors.Take the flight to Jiayuguan that you can experience the vast Jiayuguan Fort.Head to Dunhuang that is famous for the UNESCO Mogao Caves. Take the express train to Xinjiang to taste the unique western Region history, folklore and amazing landscape.

Xi'an, one of the four ancient capitals in China, also a famous historical and cultural city in the world. Today you will arrange your flight to get to Xi'an and we will wait for you at the arriving exit with the signage your name. be met and escort you to check in your hotel. then the rest of the day will be your free time to do a little exploration. Accommodation: In Xi'an

As the starting point of Silk Road, Xi'an has a profound history and culture. Drive to the countryside of the Xi'an city about 1hrs, we will visit the most impressive historic site Terracotta Warriors which are the most significant archeological excavations of the 20th century. Work is ongoing at this site, which is around 1.5 kilometers east of Emperor Qin Shi Huang's Mausoleum in Lintong, It is a sight not to be missed by any visitor to China. Believe you will be amazed by the culture and history to get a feeling back to Qing Dynasty during the 3hrs experience.  （No flash when take photos) Lunch will be in the local restaurant, we will continue the sightseeing to the Big Wild Goose Pagoda built to house Buddhist scriptures collected by a Chinese Monk. Big Wild Goose Pagoda has 7 floors in total. Architecture is traditional Chinese style decorating with some Buddha statues. Tourists can see variety of Buddha statues and see the whole Xi’an city at the top floor. Option: if time permit we suggest you enjoy the Culture Tangshow in the evening which is 1hr Accommodation: In Xi'an 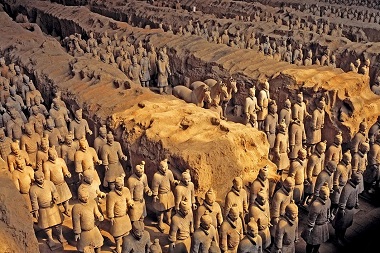 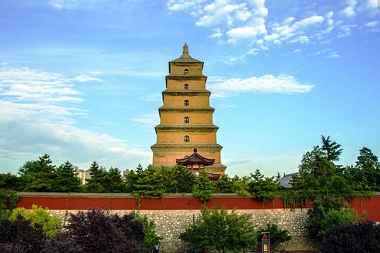 Spend the other whole day exploring culture and customer in Xi'an. we will go to the Shaanxi Province Museum, This provincial museum is one of the major museums in China. It holds numerous unearthed cultural artifacts from within the Shaanxi province as well as the rest of China. The newly built modern building recreates Tang-dynasty architecture and successfully symbolizes the great extent of Shaanxi history and its remarkable culture. Afterwards, drive you to the Ancient City Wall, This is the most complete city wall that has survived in China as well being one of the largest ancient military defensive systems in the world. you will enter the city wall through the ticket gate. Standing on the wall, you can't use your eyes to judge how long the wall is. you can walk around the city wall or experience the cycling. the final site we will visit today is a Chinese traditional Alhambresque architecture Grand Mosque (and Old Muslim Quarter) with a long history and grand scale, and is a great combination of Islamic and Chinese culture.Besides the style peculiar to Islamic mosques, this Mosque Also holds characteristics of Chinese pavilions with painted beams and engraved ridgepoles. The Grand Mosque and the Muslim Quarter are now an important ecological preservation of Shanxi Provinc e and a national-level historical/cultural preservation site. Accommodation: In Xi'an 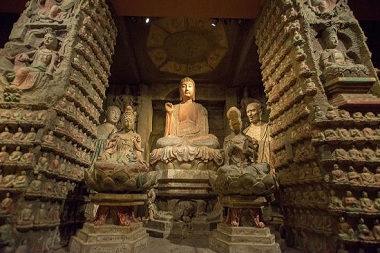 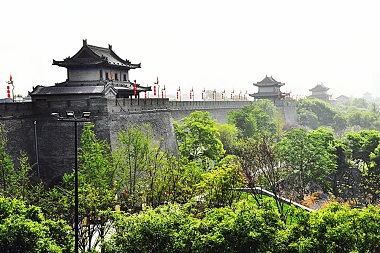 Today you will leave early from the hotel and transfer to the airport to cath the morning flight to Jiayuguan, the air journey will take about 2 to 3 hours. we will pick you up from the airport and accompany you to climb the Jiayuguan pass upon your arrival. This Ming Dynasty fort guards the strategic Jiayuguan pass, at the western end of the Great Wall – this was the last section built by the Ming Dynasty. and visit the The Great Wall Museum, which was opened to visitor in October 1989 and it is the first one to exhibit the Great Wall culture in a comprehensive and systematic way. (There are many steps from one tower to the other, please consider if are able to walk and climb about 2hrs). Next, we will pay a visit to the Great Wall on the Cliff, The wall here was built on the ridge with a gradient of 45 degrees. It is high in the air and it looks as if it fell down from the top of the hill. So people refer to this section of the Great Wall as the "Suspended Wall".  Accommodation: In Jiayuguan 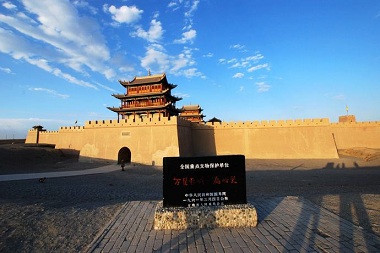 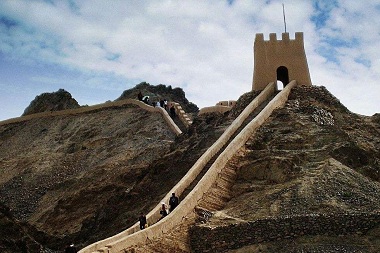 In the morning, we will drive all the way to Dunhuang about 5 hours. On the way, you will see the historical and cultural site Yulin Grottoes,The Grottoes are chiseled into the cliffs on both the east and west sides of the Yulin River. The east cliff has 30 grottoes and the west has 11, with a distance of more than 100 meters between them. It used to be called Ten-Thousand Buddha Gorge. and more than 100 colored sculptures are still extant there. The name Yulin (elm forest) came from the elms in the valley, and as you travel along the valley road you can easily imagine how it must have been to be a poet or brave solder in the distant past.  Arrive in Dunhuang, head up to Echoing Sand Mountain&Crescent Lake. When there is wild wind, the sands will be blown up and make loud sound, while the sound sounds like being produced by some ancient musical instrument when blew by breeze, There is also a Crescent Lake that  has been in existence for hundreds of years without ever being buried by the sand. Riding the camel as the Silk Road Caravan in the vast desert is highly recommended (approximately 40mins). Please bring your sunglasses and and mask to keep out the dust In the evening, you will enjoy the walking tour to the Shazhou Night Market, the most bustling place of Dunhuang at night. It's easy to lose our sense of time wonder the market while enjoy your leisure time and taste some local cuisine. Accommodation: In Dunhuang 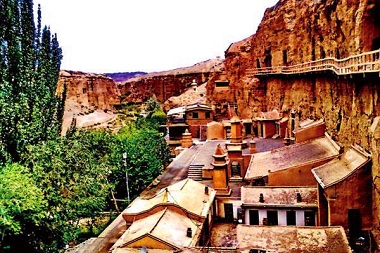 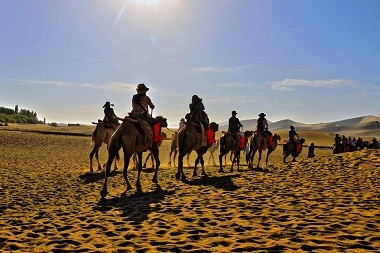 Today tour will start from Mogao Grottoes, also known as the Thousand Buddha Grottoes, this UNESCO World Heritage site. It is one of the great artistic and religious wonders of the world and it is famous for its exquisite murals and various sculptures inside the caves, which was built in different dynasties, spanning 1,000 years of Buddhist art, enjoy the Silk Road Movies in the visitor Center about 40 mins before our exploration into the Grottoes.The professional guide from the Mogao will bring you to 8grottoes with their special torch so that you  have clear view of the murals and paintings. （Note: No photos and Video in the caves). The visiting time is around 4hrs including movie. Following a lunch in the local restautant, bus transfer to Liuyuan station and catch an express train to Turpan. Accommodation: In Turpan 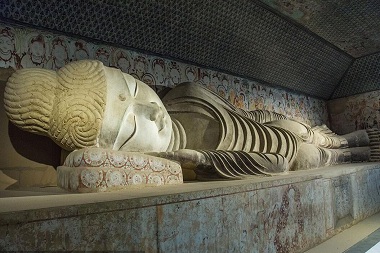 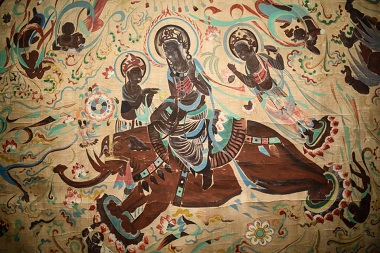 Full day sightseeing in Turpan. A must and first visit is the oldest Uighur village Tuyoq Village located in the very center of Flaming Mountain Canyon. It used to be the holy site of Buddhism and Islam. The village consists of four parts: Canyon scenery, Thousand Buddha Caves, Maza tomb and the old buildings of the ancient village. From here you can enjoy the outlook of Flaming Mountains, the hottest place in China. which is famously described in the classic Chinese mythological novel “Journey to the West”. then we are going to the next stop Astana Tombs, which is the graveyard of the residents who lived in the Gaochang City. a great number of cultural relics had been unearthed, including Chinese documents, textiles, epitaphs, coins, clay sculptures, pottery, wooden wares, silk-paintings, crops and foods, etc. The site is known as the Underground Museum. Finally, we will drive all the way to today's highlights Jiaohe Ruins, with a history of 2,300 years lies between two rivers on a loess plateau atop a cliff of over 30m. It is one of the best preserved ruins of its ancient era in China, it was include in the World Heritage List on June 22, 2014.  Accommodation: In Turpan 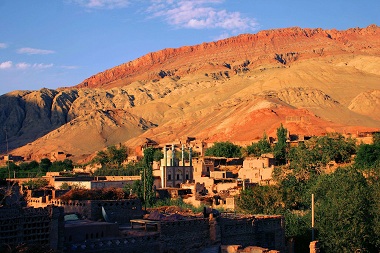 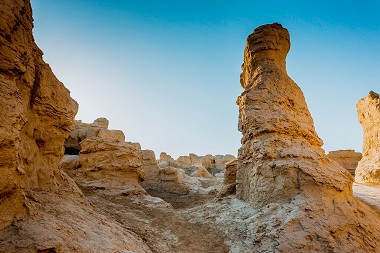 After breakfast, we will do an excursions in Turpan city. the first site we will visit today is Sugong Minaret, the largest Islamic minaret in China built in 1778 by Sulaiman that is the ruler and leader of Turpan to commemorate and commend his father's achievements of the reunion of Xinjiang. Afterwards, we will also pay a visit to Karez Well, A special irrigation system that the locals make full use of the topography of Turpan to draw the underground water to irrigate their farmland ingeniously. Following a lunch in local restaurant, we will travel to Urumqi, the capital city of Xinjiang with about 3 hours driving. passing by the wind power station which is the largest one in Asia spreading at the foot of Tianshan Mountain. Following glimpse of Salt Lake in Dabancheng. Upon arrival, transfer to the hotel and check in. Accommodation: In Urumqi 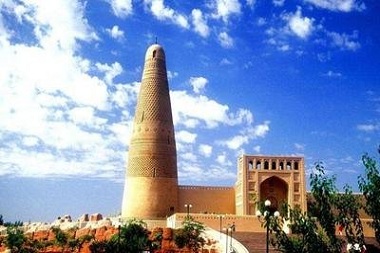 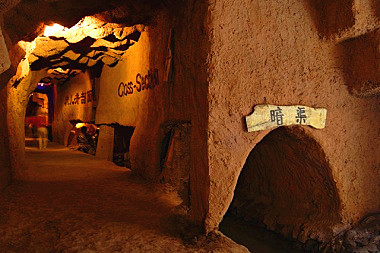 Today you will enjoy the tour of the picturesque Heavenly Lake (approximately1.5hrs), 2000m up in the Tianshan mountain range. which is surrounded by the snow mountains, blooming wildflowers, evergreen pine trees. 40-minute sceniic shuttle bus ride that twists though the dramatic mountains. Then you can either walk to the lakeside in 10mins or take the electronic cart. There are 3 options suggested. Boating cruise to take the incredible view of Tianshan Mountain. Trekking along the lake in the fresh air. or you can explore further uo to the Maya Mountain by the cable car to enjoy the magnificent view of the Mountains. The lunch in the local Kazakh's yurt is highly recommended. Travel back to Urumqi in the afternoon which is about the other 1.5hrs, continue the tour at the Xinjiang regional museum to see archaeological treasures from the Silk Road and Xinjiang's minority cultures. After then, visit the Xinjiang International Bazaar, the largest bazaar in Urumqi. You'll find a bustling market filled with fruit, clothing, crafts, knives, carpets and almost anything that you can imagine. (Option: The Culture Show with Banqute,fr $45/pp) Accommodation: In Urumqi 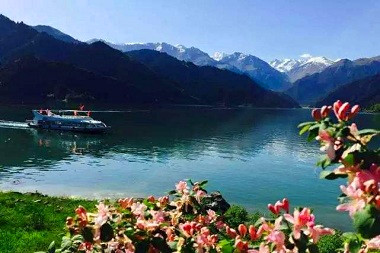 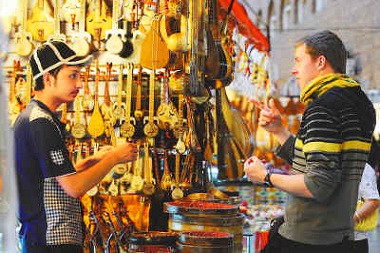 After breakfast, you will be transferred to the airport to catch your flight to your destination.

* International flight to Xi'an and departuren from Urumqi
* Personal expenses and tips to the guide and driver.