Home > China Tours > Xinjiang Tours >
Summary: Xinjiang borders with 8 countries and the most popular and prosperous border is Horgos pass to Kazakhstan. Explore the important town of Silk Road -Turpan and walking in the ruins of thousand years to feel the history Silk Road. Visit the picturesque of Sayram Lake while enjoy the circle driving and cross the highest bridge in Fruit Valley. Our guide will help you all the document work of customer clearance so that you can meet you guide or driver from Kazakhstan.

Today your flight will touch down in Urumqi, the capital city of Xinjiang. We will expect you at the airport after your baggage reclaim and customs clearance, and then escort you to check in at the hotel. Relax during the rest time of the day to recover from the jet leg and prepare for your tour.
Accommodation: In Urumqi

Morning your guide and driver will pick you up from your hotel. Then you will start your journey from the Heavenly Lake, a picturesque Alpine lake, 2000m up in the Tianshan mountain range. which is surrounded by the snow mountains, blooming wildflowers, evergreen pine trees. There are eight beautiful scenic spots in the lake scenic area, you can stroll around these places or take a boat trip.
Afternoon, driving back to Urumqi, and tour at the Xinjiang regional museum to see archaeological treasures from the Silk Road and Xinjiang's minority cultures. After then, visit the Xinjiang International Bazaar, the largest bazaar in Urumqi. You'll find a bustling market filled with fruit, clothing, crafts, knives, carpets and almost anything that you can imagine.
Accommodation: In Urumqi 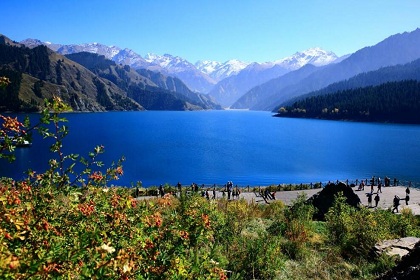 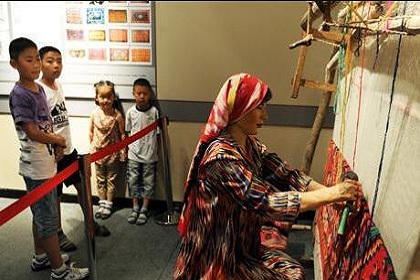 Today you will finish your tour in Urumqi and drive about 3 hours to Turpan, see the largest wind power station and the Salt Lake en route. upon arrival, start your journey from the Bezeklik Grottoes, which is a complex of Buddhist cave grottos dating from the 5th to 14th century between the cities of Turpan and Shanshan at the north-east of the Taklamakan Desert near the ancient ruins of Gaochang in the Mutou Valley.it has always been the Buddhist Center of Gaochang area, there are 57 existing caves and murals for you to visit.  Next, drive you to Tuyoq Valley. the oldest surviving Uygur village in Xinjiang. About a kilometer from the cave shrine is a group of grottoes that have some Buddhist and Nestorian artwork. These grottoes are said to date from the West Jin Dynasty (265AD-316AD), and are considered to be the earliest in Turpan. Most of the murals are damaged. Fortunately, 10 of the grottoes still have some of the preserved murals. These precious murals are very unique in style.
Accommodation: In Turpan 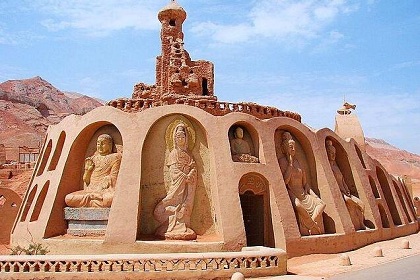 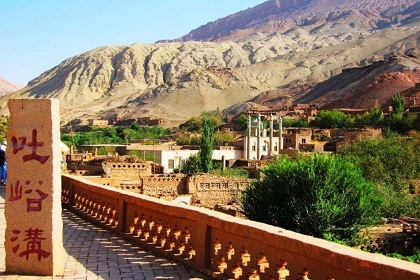 This morning you will take a Turpan city tour,  we will first head to the Karez Irrigation system, ancient Irrigation System, which is still used today, is a unique irrigation system in Turpan. It takes advantage of the slopes, draws the underground water to flow by itself to irrigate farmland. It consists of four parts: vertical wells, underground channels, ground canals, and small reservoirs. then explore the Sugong Minaret, the minaret tower was built in the 41st year of the long reign of Qianlong Emperor during the Qing Dynasty. It is the embodiment of the ancient architectural arts of the Uighur people. The body of the tower is cylindroid in shape, built with bricks arranged in various symmetrical patterns on the outer wall. The tower has 14 windows and a spiral staircase inside going to the top. the final site is Jiaohe Ruins , The city's name means 'River City'. with a long history over 2,000 years. upon arrival, spend couple hours to wander around this ancient city, and pursue the past civilization along the ancient Silk Road.
After the visit, we will drive to Urumqi and check you in.
Accommodation: In Urumqi 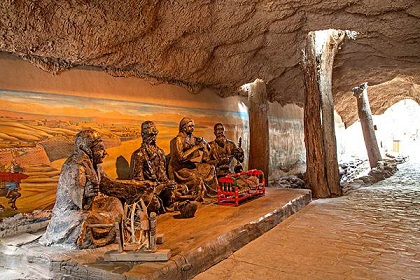 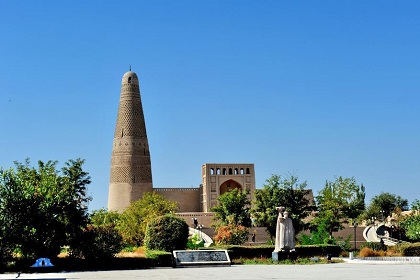 After breakfast start our trip to Ili Valley and passing by Kuitun and Shehizi which is the symbol Bingtuan, which is either a city or a military organiztion. take the excursion tour to Sayram Lake, known as the last drop of tears of the Atlantic. continue to travel to Yining, on the way, you will see the famous Guozigou Bridge, the largest and most important bridge in Xinjiang. There are many beautiful S bends and you can enjoy the scenery of Guozigou valley which is the most beautiful valley in southern Xinjiang en route.
After the visiting, bus transfer to Khorgos for dinner and overnight stay.
Accommodation: In Khorgos 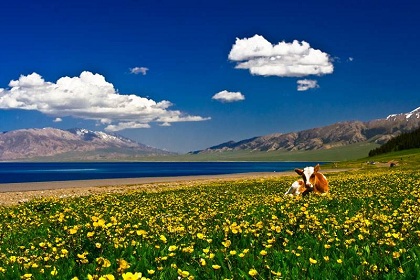 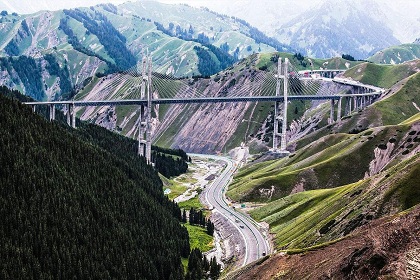 Morning enjoy your breakfast time at the hotel, then your guide and driver will meet you at the lobby and drive you to the Khorgos border. today you will say farewell to Xinjiang and start your Kazakhstan tour.