Home > China Tours > Tibet Tours >
Summary: A life time adventure takes you through one of world's most mysterious,remote and interesting Tibetan Plateau from Lhasa to Kathmandu.Visit the Potala Palace ,stop at the sacred Yamdrok Lake,cross vast mountains,deep valleys and century old caravan trails to Gyantse and Shigatse,visit fabled monasteries,drave to Mt.Everest Base Camp before reach,crossing the board of China and Nepal to Kathmandu.

Arrive at the spiritual city of Lhasa,known as the heart and soul of Tibet.Relax and acclimatize to the high altitude of this region. 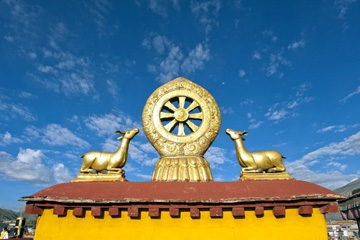 Visit the world-famous architectural wonder-the Polata Palace,which towers over the entire mountains and the lake below is simple gorgeous.This is where the Dalian Lama spent his winters.You will also visit the Jokhang Temple,which is known as the most sacred place in Tibet-thousands of Pilgrims from all over Tibet come here to pay homage. Finally enjoy wandering through a market at Barkor Circuit.Sample a Tibetan specially dinner.
Polata Palace:Situated on the Red Hill of central Lhasa, Potala Palace is the highest ancient palace in the world, reaching 3,767.19m (12,359.55ft) at the topmost point.Potala named after a holy hill in South India is a Sanskrit word meaning "Abode of the Avalokitesvara (Buddha of Mercy)." Legend has it that in the 7th century, to greet his bride Princess Wen Cheng of the Tang Dynasty (618B.C. - 907B.C.) of China, the then Tibet King Songtsen Gampobuilt a 9-storey palace with a thousand rooms up on the Red Hill and named it Potala. Later, with the collapse of the Songtsen Gampo Dynasty, the ancient palace was almost destroyed in wars.
Jokhang Temple:The Jokhang Temple, situated in the center of old Lhasa, was originally built in 647 AD. The site is said to have been chosen personally by the wife of King Songtsan Gampo, the Tang Princess Wencheng. It was built by craftsmen from Tibet, China and Nepal and thus features an intriguing mix of architectural styles.Jokhang Temple is the spiritual center of Tibet and the holiest destination for all Tibetan Buddhist pilgrims.
Barkor Circuit:Located in the old area of Lhasa City, Tibet, Barkor Street is a very ancient round street surrounding the Jokhang Temple and the Tibetan people are always proud of it. As a symbol of Lhasa, this street is also a must-see place for the tourists.It's said that in 647, the first Tibetan King Songtsen Gampo (617 - 650) built the Jokhang Temple. Due to its magnificence, it quickly attracted thousands of Buddhist pilgrims. As a result, a trodden path appeared. That is the origin of Barkor Street. &n 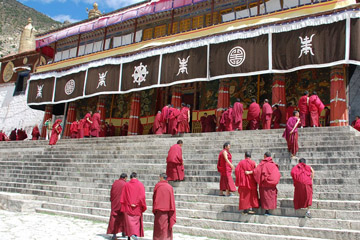 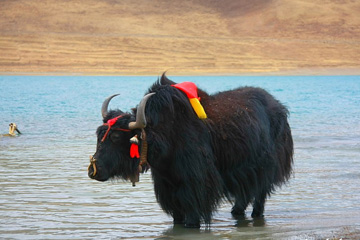 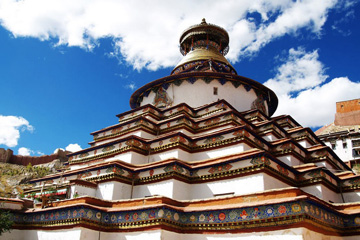 Enjoy one of the most magnificent buildings in Tibet-the Kunbum Pagoda housing ancient murals,Buddha images and beautiful paintings.Then drive to Shigatse,the seat of the Panchen Lama and is also the second largest city in Tibet.Visit the history and culturally significant Tashihunpo Monastery,explore the city's thriving Old Quarter.
Kunbum Pagoda:Jiangba, the jamrese of a Thousand Hands and a Thousand Eyes in the monastery. There is a hall of arhat made during the Ming Dynasty.Another name of the monastery is Pelkor Chode Monastery.The arhats are so vivid that they look very much alive. Besides the monastery is the world famous 9-storey100,000-Buddha Pagoda (Kunbum Pagoda.It stands 32 metres highly, has 108 doors, 77 Buddhist chambers and countless shrines. Enshrine in the Pagoda are 100,000 statues of Buddha.The Pagoda opens 8 doors, which are decorated with relief sculptures of lively flying dragons, running lions and walking elephants.It is a master-piece of the joint efforts of the Nepalese, Tibetan and Chinese.
Tashihunpo Monastery:Founded by the First Dalai Lama in 1447, Tashihunpo Monastery is one of the six big monasteries in Tibet. It is the seat of the Panchen Lama, the second ranking person in the Gelugpa Tibetan Buddhist hierarchy, after the Dalai Lama. The monastery houses the tombs of Panchen Lamas and a 22.4-meter statue of Maitreya Buddha. Tashihunpo remains popular among the Tibetans, as they carry on coming here on pilgrimage.Standing on the entrance of Tashihunpo, you can see the grand buildings with golden roofs and white walls. The remarkable Tangka wall which is nine-floor high, displays the images of Buddha on the 14th, 15th and 16th of May every year following the Tibetan Lunar Calendar.

Drive pass the vast sweeping landscape dotted with yaks and nomad to Shegar via Gyatsola Mountain Pass, the highest point in the journey at 5220m. 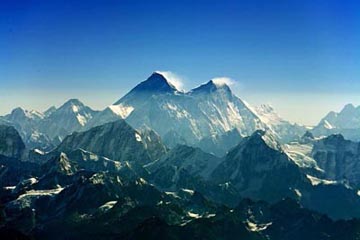 Drive pass Pang la Pass to Mt.Everest Camp,the mountains stands before us,and soaring 8848m into the heavens.Stay overnight in Tingri.
Mt.Everest Camp: is a small flat piece of land in front of the north face of Mt. Everest. It is at an altitude of 5200m and many people might experience difficulties with the high altitude. Located at the border between China and Nepal, Mt. Everest with its north slope belongs to China and the south one to Nepal. The peak has been a dreaming attraction for world’s mountaineers. Recently more and more mountaineers start off from the Base Camp trying to conquer the world's highest peak while travelers trek to the foot of the peak to enjoy its beauty through their own eyes. Around Mt. Everest, there are four peaks above 8,000 meters high, including Mt. Makarluh, Gosanthain, Zhuoyo, Shishabanma and other 14 peaks above 7,000 meters, which form a soul-stirring picture of Mt. Everest natural scenery area. 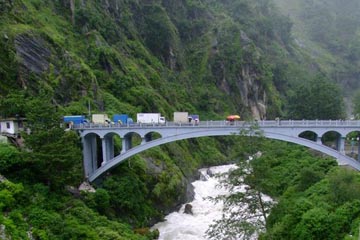 Morning walk across Friendship Highway to another site of Tibet/Nepal board.Drive to Kathmandu and drop off at hotel.
Friendship Highway:The 865km route between Kathmandu and Lhasa,known as the friendship Highway,offers without a doubt one od the world's great overland route.At times nauseating(the highest point is the Gyatso-la Pass at 5100m),it's the yellow-brick road of Tibet,leading to some of the most magical destination on the plateau.For the sake of simplicity,we're including the side route from Lhasa to Shigatse via Yamdrok-tso and Gyantse to Shigatse via Yamdrok-tso and under the Friendship Highway heading.This is the route most travelers take between the two towns and it's by far the more scenic and attraction-packed.

After breakfast you adventure ends with a hotel/airport transfer.