Home > China Tours > China Silk Road Tours >
Summary: Take the Silk Road Tour in Winter,every spot will be your secert garden,enjoy the silk road holiday of your own world.The Wonders of Terracotta warriors and horses, visit the UNESCO of Mogao Caves.Experience the Camel riding as Silk Road Caravan,tracing the footstep of the businessman of the ancient silk road. visit the Ruins of Jiaohe Join us, we promise you an unforgetable holiday. 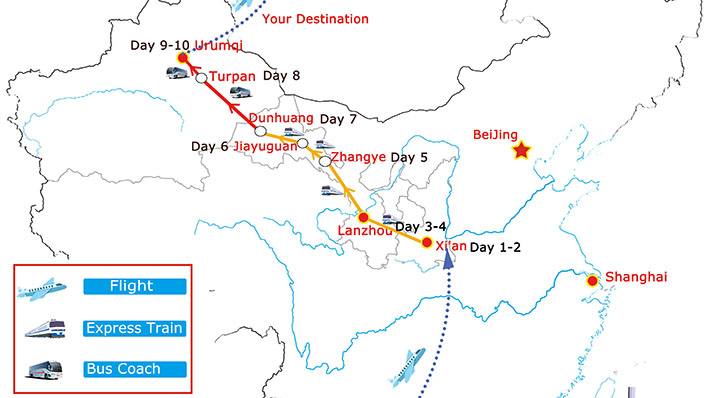 Please arrange your international flight to Xi'an, we will meet you at the airport and transfer you to the hotel check in. the rest of the day will be your free time to do a little exploration. Accommodation: In Grand Dynasty Culture Hotel

Full day sightseeing in Xi'an. we will depart from the hotel and head to the first stop of our Xi'an tour Terracotta Warriors and Horses, this is one of the greatest archaeological findings of the 20th century,  there are four pits dug and estimates the number of terracotta soldiers are over 8,000 with 130 chariots, 520 horses and 150 cavalry horses but most of them are still buries in the pits due to the faulty preservation technology. Next we will transfer to the Big Wild Goose Pagoda. It is where the renowned Buddhist Master Xuanzang (Monk Tripitaka) stored his classics brought back all the way from India. The pagoda is one of the oldest structures in China. you will learn about the Buddhist culture. Thereafter, we will stroll around the Muslim Street, enjoy your free time and delicious food in Xi’an. Accommodation: In Grand Dynasty Culture Hotel 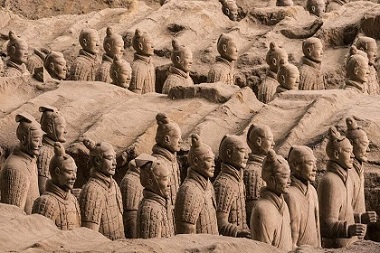 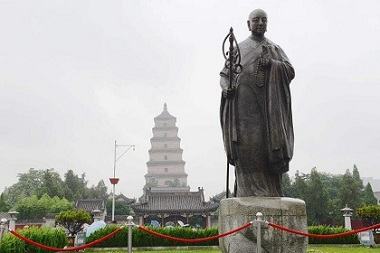 This morning enjoy your breakfast time at the hotel, then we will do a history and culture tour in Xi'an. we will first visit the Shaanxi History Museum, This provincial museum is one of the major museums in China. It holds numerous unearthed cultural artifacts from within the Shaanxi province as well as the rest of China. After that, travel to Xian Ancient City Wall, This is the most complete city wall that has survived in China as well being one of the largest ancient military defensive systems in the world. In the afernoon,  you will end your Xi'an tour and transfer to the train station to catch your express train to Lanzhou, the capital city of Gansu. Accommodation: In Lanzhou Legend Hotel 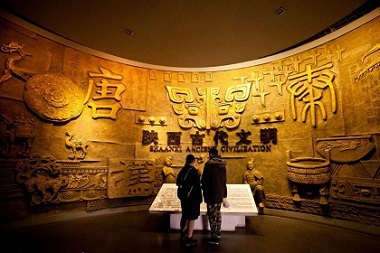 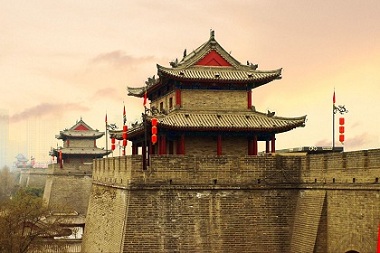 Breakfast in the hotel, we will drive to visit the Binglingsi Thousand Buddha Caves which is close to Liujiaxia Reservoir, These caves stretch for 200 meters, were built during the Western Qin, North Wei, Sui, Tang, and Song, Yuan, Ming, Qing dynasties (between the 3rd and 18th centuries). afternoon, back to the city, visit the Waterwheel Park: In the garden, two huge waterwheels with striking appearances stand uprightly on the south bank of the Yellow River. They are modeled on the antique waterwheel, having quadrate buckets and a diameter of 16.5 meters (54.1 feet). In the garden, tourists can experience crossing the river on a sheepskin raft, which is the most primeval ferrying tool in the northwest region of the Yellow River. and enjoy the Yellow River Mother statues: The whole sculpture comprises a mother and a baby. The mother with long hair, slim figure, lying on the undulate water looks happy and kind. On her breast holds a small kid who bears naive smile. Yellow River Mother Sculpture reflects the long history and culture of Gansu Province. Accommodation: In Lanzhou Legend Hotel 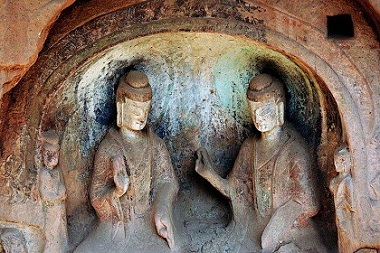 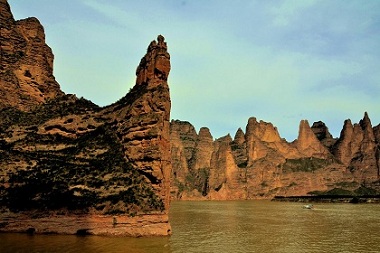 After breakfast, you will be transferred to the train station to take the express train to Zhangye. upon arrival, we will be visiting the Giant Buddha Temple, which is the important place of the Silk Road. Midway in the Hexi Corridor along the Silk Road lies the historic city of Zhangye, the centerpiece of which is the mysterious Giant Buddha Temple. the Temple is the largest architectural relic in Gansu Province of the Western Xia (1038-1227) period. China's largest reclining Buddha is well preserved in this temple. and then head to Zhangye Danxia National Geological Park enjoy the sunset, Danxia National Geological Park which is the most typical arid area of northern China. Ribbons of reds, oranges and yellows slice through the rock, to create a rainbow vista contained only by the contours of the jagged mountain peaks. so many people also call it "Rainbow Mountain". Accommodation: In Colorful Hotel 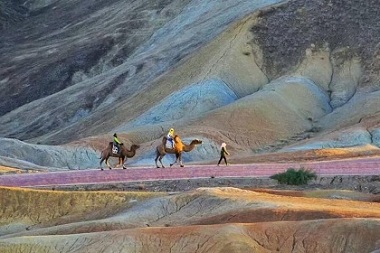 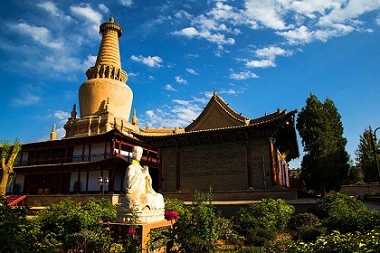 After breakfast, we will pick you up from the hotel in Linze and head to Jiayuguan and visit the Jiayuguan Pass, stands in the southwest part of Jiayuguan City, about 6 km away from downtown. The Ming Dynasty fort here guards the strategic pass, at the western end of the Great Wall – this was the last section built by the Ming Dynasty.  Construction of the fort was started in 1372 in the Ming Dynasty, and subsequently enlarged and strengthened, and was known as 'the strongest pass under heaven'.  After the tour in Jiayuguan, we will drive about 4-5 hours to Dunhuang, the historical and cultural city  Accommodation: In Tianrun International Hotel 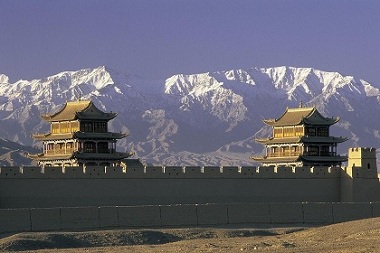 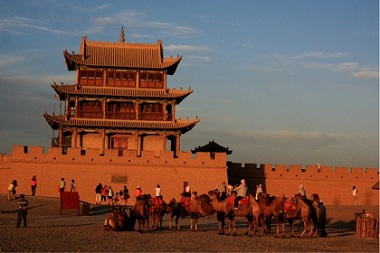 Morning tour of Mogao Grottoes, also known as the Thousand Buddha Grottoes, this UNESCO World Heritage site is one of the great artistic and religious wonders of the world and it is famous for its exquisite murals and various sculptures inside the caves, which was built in different dynasties, spanning 1,000 years of Buddhist art. In the afternoon, visit the Echoing-Sand Mountain and Crescent Lake, for many Chinese well known as Mingsha Mountain, is celebrated for the sound of the moving sand. and the Crescent Moon Lake is literally an oasis in the desert. The lake’s name derives from the crescent moon shape taken by the pool of spring water between two large sand dunes. In the evening you can walk around the Shazhou Night market,  the largest night market in Dunhuang. Accomodation: In Tianrun International Hotel 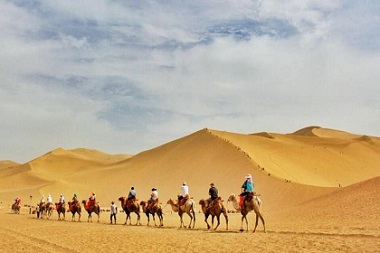 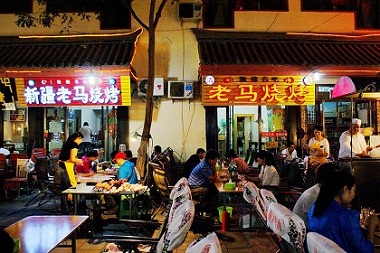 This morning is free for you and after lunch you will be transferred to the train station and  take the express train to the legendary Silk Road city of Turpan. Turfan is a traffic hub linking the southern part and northern part of Xinjiang together and linking Xinjiang with the hinterland of our country. After taking a 3 hours train ride, you will arrive in Turpan and transfer to the downtown to check in your hotel, tomorrow you will start your tour in Xinjiang. Accommodation: In Huozhou Hotel 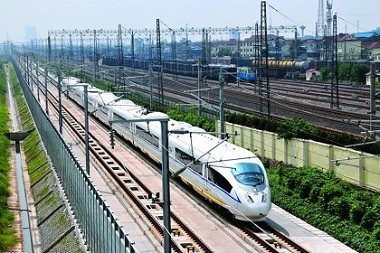 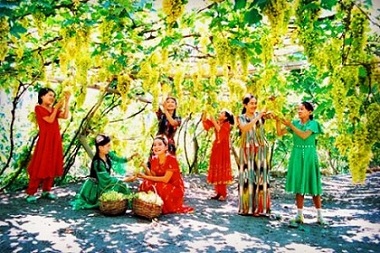 After breakfast,  your journey will start on Jiaohe Ruins, with a history of 2300 years lies between two rivers on a loess plateau atop a cliff over 30m. it is one of the best preserved ruins of its ancient ara in China it was included in the world Heritage list on 22nd June , 2014. After lunch, Visit the picturesque Tuyoq village to see the oldest in Turpan area Buddhist caves dated back to the 4th c. and explore the Karez Well, a unique irrigation system in Turpan. Then we are going to Sugong Minaret, it was built in the 41st year of the Qianlong period of the Qing Dynasty,It is an embodiment of the ancient architectural arts of the Uygur nationality. In the afternoon drive back to Urumqi, stroll around Xinjiang International Bazaar, which is the largest in Urumqi. You'll find a bustling market filled with fruit, clothing, crafts, knives, carpets and almost anything that you can imagine. Accommodation: In Yilite Hotel 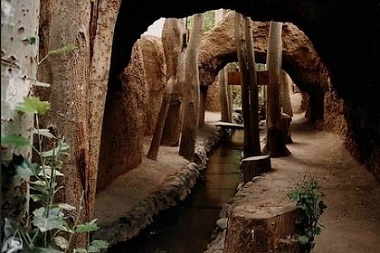 Hotel breakfast and then your guide will meet you at Hotel transfer to visit Heavenly Lake, a long and narrow gourd-shaped moraine lake, 3400 meters long, about 1500 meters wide, 105 meters at the deepest point, with an average depth of 40 meters, covering an area of about 5.9 square kilometers. To the east of the lake stands the Bogdia Peak - the highest peak in the east part of Tian Shan Mountain, which is capped by glacier and snow glistening in the sun, finely contrasted with blue lake water, forming a fabulous scenery. There are eight beautiful scenic spots in the lake area.afternoon, drive back to Urumqi and visit the Xinjiang regional museum to see archaeological treasures from the Silk Road and Xinjiang's minority cultures.  Accommodation: In Yilite Hotel 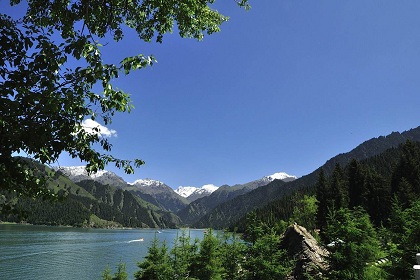 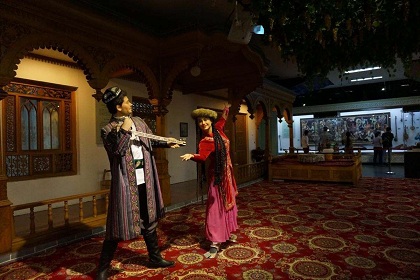 After breakfast, our guide will bring you to Urumqi International Airport for your departure flight.  Wish you a pleasant trip back home!

√Private transportation with Good AC through out the itinerary √Accommodation based on DB/Twins shared rooms listed with breakfast (4star hotel) √ Excellent English speaking guide √All sightseeing as specified in the itinerary; √ 2 bottles of water each person every day √Train: first class train from Xi'an to Lanzhou, Lanzhou to Zhangye, Dunhuang to Turpan √ allowance for the guide and driver √ Travel insurance and government tax √ Visa support letter if necessary