Astana, capital of Kazakhstan and Aqmola province, is located in the north-central part of the country on the Ishim River in a very flat, semi-desert steppe region.Astana is a very young capital of a very recent nation. Kazakhstan achieved its independence from Russia only in 1991 and in December 1997, the President of Kazakhstan, Nursultan Nazarbaev, established that the capital of the Republic should be moved from Almaty to Aqmola (Astana precedent name meaning "White Tombstone"). 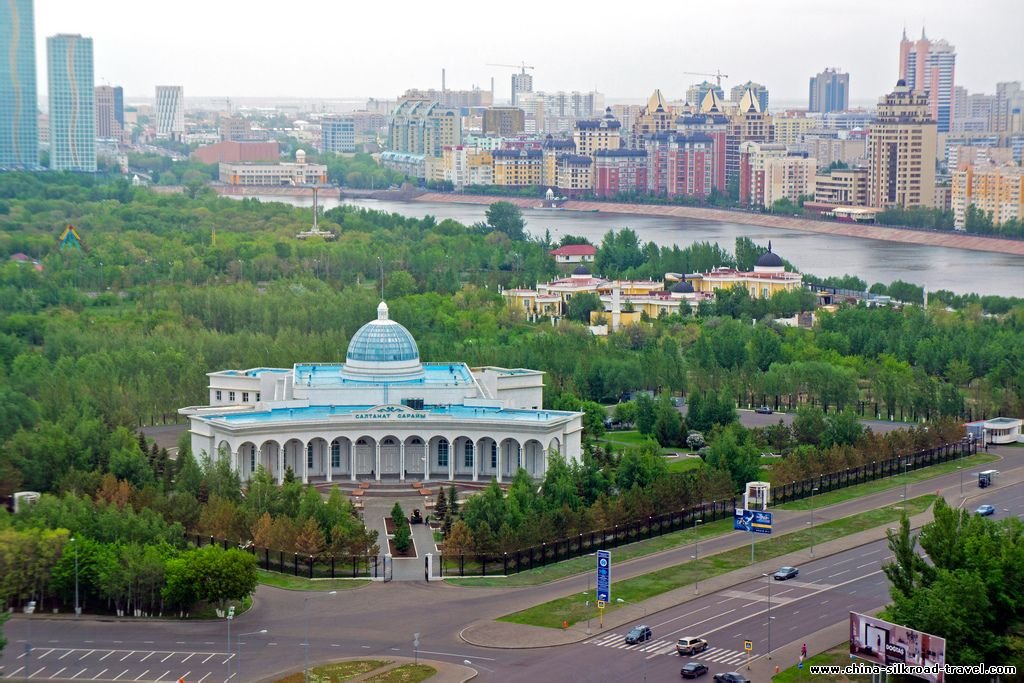 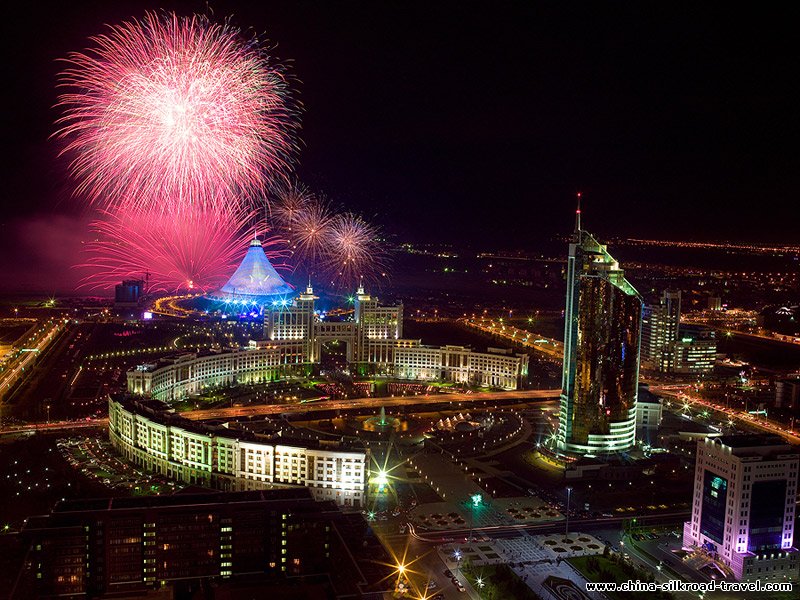 Aqmola was then renamed Astana, which simply means "Capital city". From 1997 the population of Astana has rapidly increased from just under 300,000 to more than 500,000 (as of late 2004). Astana was originally founded in 1824 as a Russian fortress and it grew into a mining town of little importance called Akmolinsk. Things definitely changed in 1961 when the city became the capital of the Soviet Virgin Lands Territory and renamed Tselinograd.
Present day Astana boasts new modern government and business offices, a discrete number of good quality hotels to accommodate visitors, apartment blocks matching the European standards, lovely squares and boulevards, modern roads as well as charming river promenade on both banks of the River Ishim. The capitals population is around 70% Russian, Ukrainian and German, and 30% Kazakh. Astana has undergone several identity changes since it was founded in 1830 as a Russian fortress called Akmola (a Kazakh name weaning enther whie tomb, or white plenty) When Nikita Khrushchev announced his Virgin Lands scheme, Akmola became the project's headquarters and was renamed Tselinograd in 1961. After the USSR collapsed, Akmola got back its old name, and would have kept it if Nazarbaev's plan to shift the capital here hadn't attracted such unfavourable comments. Cynics jibed that Akmola would be the president's own political white tomb. thus the place became simply Astana-Kazakh for capital. Reason cited by Nazarbaev for the changed were Astana's more central and less earthquake-prone location than Almaty, and better transport links with Russia.
Silk Road & Central Asia