Almaty is Kazakstan’s main transport hub and a place many travelers pass through rather than linger, but if you do stay a few days you will find- as several thousand Western expats have -that Almaty is a place for enjoying many green parks and colorfully illuminated fountains, for visiting excellent museum, theaters, shops and markets, and for eating, drinking and dancing in Central Asia’s best selection of restaurants, bars and clubs.
The best times to visit Almaty are mid-April to Late Ma, and mid-August to mid-October, when it is neither too cold nor too hot.
Kazakhstan is one of the former 15 Soviet Republics and was official declared independent at 16 December 1991. Kazakhstan borders in the north to Russia, in the west to the Caspian Sea and in the east to China. At the south border the former Soviet Republics Turkmenistan, Uzbekistan and Kirgizstan are situated. Islamic tendencies present in the other Central Asian republics are almost unknown in Kazakhstan. It is the only Central Asian republic where the Islam is not mentioned in the constitution. There are two reasons why religion only plays a minor role in politics in Kazakhstan. First of all there is a large group of Russians, Ukrainians and Germans (total estimated at 36%) who are historically on important positions in the economy and politics. Furthermore the governments actively tries to attract foreign investors and an official seperation of religion and politics helps to convince foreign investors of the stable investment climate in Kazakhstan
A short history of Kazakhstan
In the early days, Kazakhstan was not much more than a number of nomadic empires. Because of the trade along the Silk Road to China, wealth and civilization were established in the south but the northern part remained mainly nomadic until the Russian involvement in the 18th century.

The known history of Kazakhstan starts 6 centuries BC when the power of the Achaemenid Empire of Persia reached beyond the Amu-Darya river (currently the border between Uzbekistan and Turkmenistan). While expanding his empire to Central Asia, Alexander the Great defeated the Persians in 330 BC. This was the start of increased contact and trade between Europe and this part of Asia. The exact date when silk reached the west from China remains unknown, but the caravan routes through this territoria between the two main civilization centers of the world at that moment became the main routes for trade of this admired fabric and are now known as the Silk Road. In the centuries after the birth of Christ, Turkic and Mongol tribes settled in the area. Islam was introduced by Arabs in the 8th century. The Mongol tribes led by Genghis Khan invaded the area between 1219 and 1224 and the country became part of his great empire.

The Kazakh people are considered to be descendants from the Mongol, Turkic and other people that lived in the country when the empire of Genghis Khan was divided into several pieces after his death. Timur was the next emperor to possess parts of the country. Although the center of his empire was in cities like Samarqand and Buchara, his power reached well into the area that we now know as Kazakhstan and one of his most famous buildings the Mausoleum of Hodja Ahmed Yasavi can still be visited in the city Turkestan. The Uzbeks (named after their leader �zbeg in the 14th century) ruled in the northern part of Kazakhstan and after Timur's death slowly moved to the south to the former empire of Timur. In 1468 after an internal dispute the Uzbeks were split in two groups. The southern group specialized in agriculture and settled in the country now known as Uzbekistan. The northern group remained nomadic and formed the Kazakh people. Nowadays the Uzbek and Kazakh languages are still very similar and the faces of the people only differ slightly in the size of the eyes. 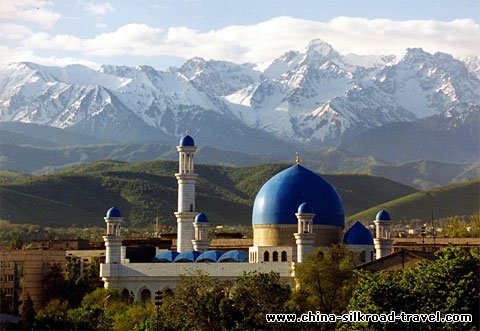 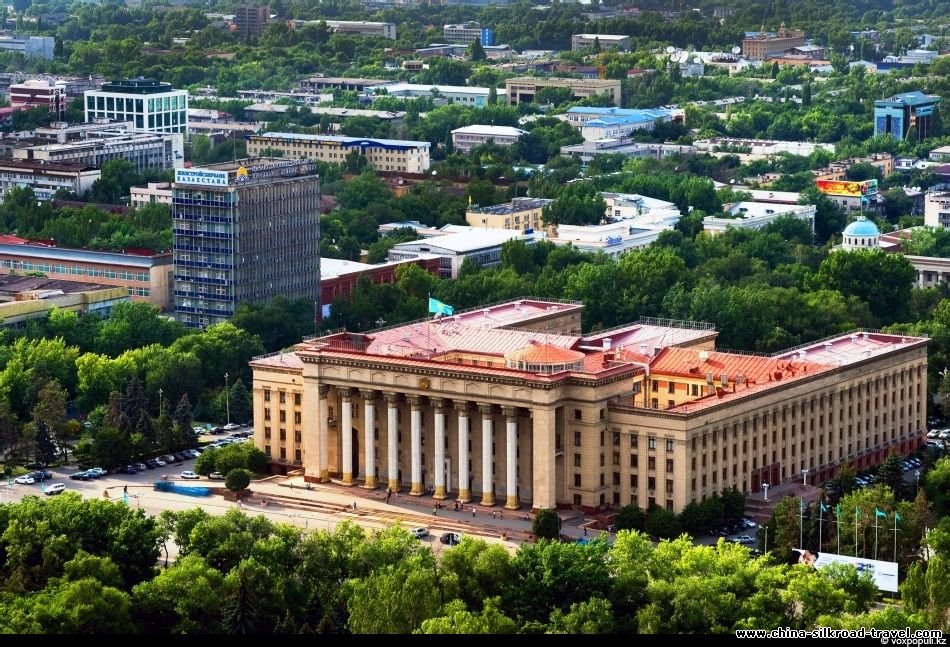 Although the Kazakhs were able to establish the last great nomadic empire in the world reaching from Samarqand in the south to large parts of Siberia in the north, their power was decreasing slowly and the area was taken under Russian control between 1731 and 1742 when all three local khans swore loyalty to the Russian Tsar to seek protection against the aggressive Mongolian Oyrats people. The khanates were finally abolished in 1848 when the Russians completely took over political power. The fort built by the Russians in 1854 in the south-east was the beginning of the current economical centre Almaty. In the period that followed Kazakhstan was suppressed by the Tsarist regime and large groups of Russian and Ukrain settlers were brought to the country. A tragic peak of this suppression was in 1916 when Kazakhs protested against their mobilization as support labour in WW-I. It is estimated that 150,000 people were killed and another 200,000 fled to China as a result of the Russian actions to stop the protest

The communist revolution didn't bring freedom to the people in Central Asia. In the years after the revolution, the borders of the Central Asian Soviet Republics were defined mainly on language differences. In 1920 the borders of the republic were officially defined and until 1925 the name Kyrgyz Autonomous Province was used. In the following years, in the effort of Moscow to spread the communistic idea throughout the country, large groups of Kazakh were forced to stop their nomadic live and start collective agriculture. It is estimated that during this campaign 1 million people died from starvation. The second World War caused another disaster for the province Kazakhstan that became a full USSR Republic in 1936. In his fear for attacks from ethnic groups of hostile nations living inside his country, Stalin moved hundreds of thousands Koreans, Volga Germans and others to the remote areas of Central Asia. During these transports an average of 30% of the people died. It was the umpteenth time the region was overran by new ethnic groups. After the independence of Kazakhstan in 1991, most of these people, mainly Germans and Jews were rehabilitated to their home countries. The Koreans were the only exception. The government of South Korea actively supported their former countrymen to stay in Central Asia and helped them with their economic situation. An example of this is the Daewoo automobile factory that was built in Uzbekistan just after the collapse of the Soviet Union.
Silk Road & Central Asia