Stuck between the desert and the Caspian, hundreds of kilometers from anywhere else of any size, with all its water derived from sesalination, Aktau is perhaps the most oddly stuated of all the weirdly located places scaterred across the former USSR Local unranium and oil finds were reason Soviet architects began to lay out a model town of wide, straight streets here in 1958. Thanks to the sandy beaches on the blue Caspian and temperate climate, the place was also developed as an elite Soviet holiday resort In 1963, the settlement of Aktau received town status. The city is a major oil and gas production center, and is known for its unique heated oil pipeline. Galleries of petroglyphs from the age of nomads (10th-2nd centuries B.C.) have been found on great mounds in the heart of the peninsula, as well as a necropolis with grave markers decorated with complex ornamentation. Two ancient underground mosques, built a thousand years ago, were discovered near Ungazy mountain. The most interesting of these two is Shahbagota mosque, because though Islam banned the portrayal of people or their body parts, on the walls of this mosque, surrounded by lotus blossoms, is a painting of a man’s palm. 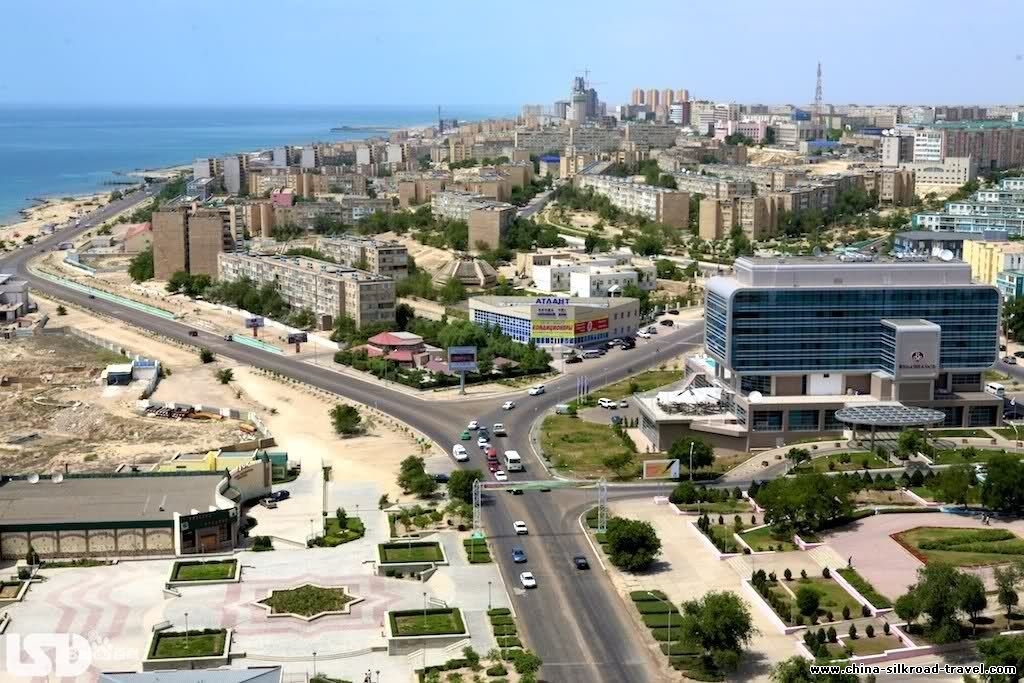 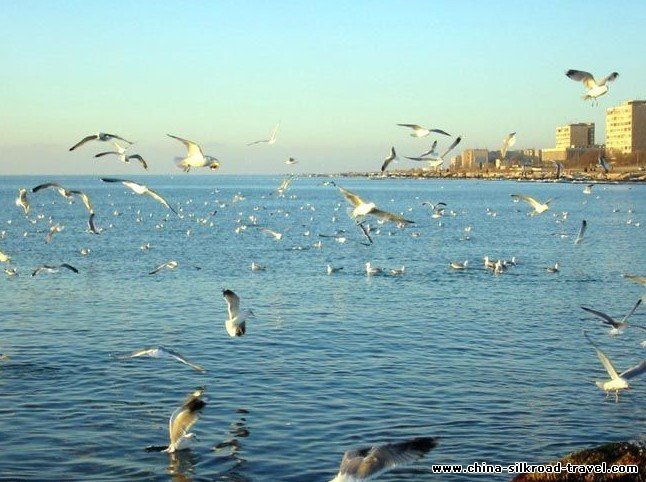 The population of Aktau is around 175,000. It is one of the most prosperous towns in this part of Kazakhstan, built in the 1960s on Mangyshlak peninsula. It is the center of the Kazakh oil and gas industry and a Caspian seaport. The only nuclear power station in the country was built not far from Aktau, which also famously powers the city's desalination plant. Some interesting places: underground mosques (10th-12th c.), necropolis (9th-19th c.) on the territory of which there are many stone statues, Beket-Ata necropolis, mausoleums, excavations of Kuskuduk (an ancient settlement on the territory of Kazakhstan), the territory of the ancient town of Kzyl-Kalda (10th-12th c.), the town of Fort Shevchenko (construction began in the 18th c.), Karagie hollow, 132 m below sea level and the 3rd deepest depression in the world, Mangystau desert, and of course the Caspian Sea.