TBILISI – THE CAPITAL OF GEORGIA
Have you been to a city where you can find Georgian Orthodox, Armenian Gregorian and Roman Catholic churches, a synagogue, a mosque and a Zoroastrian temple all within a 5-minute walk of each other? Then you should definitely come to Georgia and visit our capital Tbilisi – a multi-ethnic, multi-cultural, multi-religious city on the crossroads of history, a city neither European nor Asian but a heady blend of both East and West.Tbilisi was founded in the 5th century AD and has attracted visitors ever since, drawn by the hot springs for which the city is named, by the lively atmosphere of its cobbled streets and caravanserais or simply by what Alexandre Dumas called the “strange, fascinating charm” of this “city of legend and romance.” 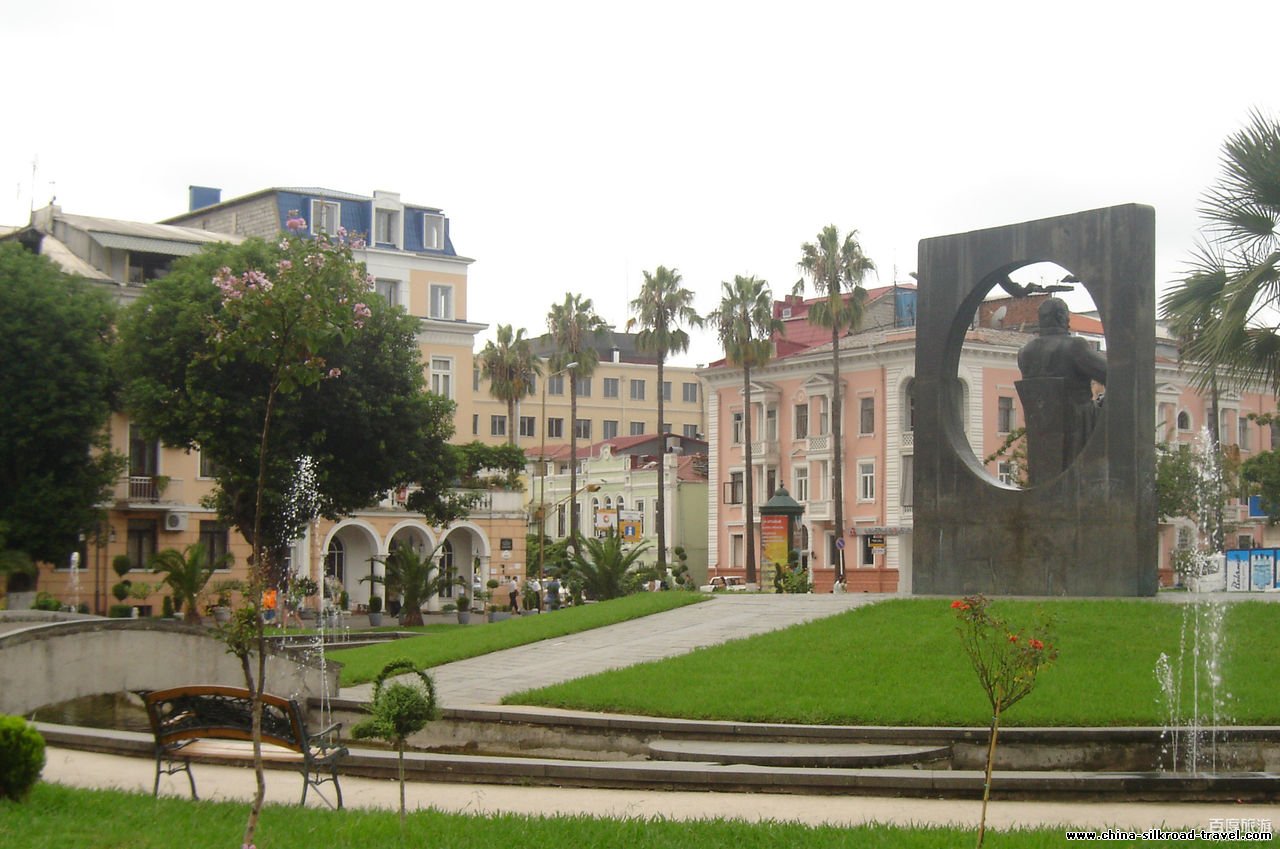 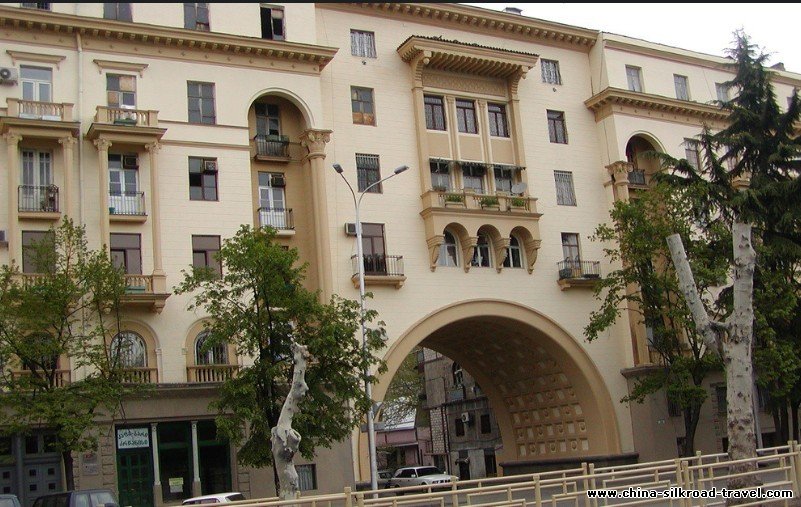 Tbilisi – the City of Hot Springs
King Vakhtang Gorgasali (AD 446-502) went hunting one day around the territory of today’s Tbilisi which was then covered with a dense forest. The King wounded a pheasant and sent his falcon in pursuit. After the long search the two birds were found boiled in hot spring. King Gorgasali was so impressed with the naturally hot sulphur water that he decided to found a city near the springs and call it Tbilisi. “Tbili” means “warm” in Georgian.

The Old Town has much to offer. Take a stroll along narrow cobbled streets, pass traditional old houses with carved wooden balconies, relax in the warm waters of the historic sulphur baths and visit some of the city’s key historical sites: Metekhi Church, Narikala Fortress, Sioni Cathedral and Anchiskhati Church.

Metekhi Church (13th century) with the equestrian statue of the city’s royal founder standing above the steep cliffs of the Mtkvari River is one of the classic images of Old Tbilisi. The church has been destroyed many times by the enemy. During the Tsarist regime there was a prison there and in Soviet times Metekhi was used as a theatre. In was only in the late 1980s that the church was reconstructed again.

Sulphur Baths “A great sense of freedom and well-being permeated me. All my tiredness had gone and I felt strong enough to lift a mountain” – Alexandre Dumas, after a visit to the sulphur baths in 1858.Fed by naturally hot mineral waters (47°C), the sulphur baths have been an essential part of Tbilisi life for centuries. The brick-domed
underground baths were built in the 17th century and produce 3 million litres of water every day. To make your visit  to the baths complete, make sure to take the invigorating massage.

Narikala Fortress (4th century) is built on a steep hill overlooking the river and predates even the founding of the  city itself. The Persian name Nari-Kala (“inaccessible fortress”) has proven apt throughout the long centuries of  invasion and foreign domination, but today visitors are welcome to climb up and enjoy the superb views from the  citadel walls.

Sioni Cathedral (7th century) is named after Mt Zion in Jerusalem. It is considered one of the most sacred places  in the country since it houses the holy cross of St Nino, the young woman who converted Georgia to Christianity in  the early 4th century.

Anchiskhati Church (6th century) is the oldest church in Tbilisi and is named for an invaluable icon of the Saviour which was once kept here and is now on display in the Treasury of the Georgian Art Museum.

Rustaveli Avenue was laid out in the 19th century and is named after the great 12th century Georgian poet Shota Rustaveli. This busy street is now at the heart of 21st century Tbilisi. A stroll will take you pass the Moorish-style opera house and the theatre, the Russian Viceroy’s palace and the Parliament building, not to mention the dozens of cafés, restaurants and shops you can find along the way.

The National Museum of History is home to a unique collection of pre-Christian gold artifacts and jewellery. The museum also houses the national collections of archaeology, history and ethnography, including the skull of the earliest inhabitant in Europe (1,7 million years old) excavated in Dmanisi archaeological site.
The National Art Museum houses a stunning treasury of mediaeval Christian art - jewelled icons, inlaid crosses and some of the finest cloisonné enamelwork. Khakhuli triptych, one of the highlights of the museum, is the largest piece of cloisonné enamel in the world. Here you can also see a superb collection of Georgian, Russian & European art.
The Open-Air Museum of Georgian Folk Architecture - Original dwellings and homesteads have been brought here from all over Georgia and lovingly restored in order to give us a glimpse of rural life as it has been lived for many centuries.

PIROSMANI
Pirosmani was a unique painter who didn’t get an artistic education in any drawing schools. He created his own expressing system that bore no resemblance to any other. He entirely separately developed the painterly principles and accomplished the same problems as the drawing schools or styles worked on in Europe.
Pirosmani’s drawing technique, expressivness of composition, shape and colour as well as his own attitude to the world regard him a distinctive place among the outstanding world artists.

Cloisonné Enamel
Georgian cloisonné enamel is enthralling with its authenticity, depth of palette and diversity. It features splendid lined contours, simple and emotional feeling of the shape, rhythm of septa, that underlines the  slim figure capacity, wine-coloured sincere faces with peculiar expressions, simplicity and different range of ivory and glass-green colours.

Georgian medieval cloisonné enamels were mainly of ecclesiastic destination. The oldest crafts date back to VII-IX centuries. Absolutely unique monument of cloisonné is the world’s largest cloisonné enamel (116 cm x 95 cm) - Georgian Khakhuli triptych, icon of the Virgin. This is a whole museum of cloisonné. It is a gold chased icon adorned with 200 cloisonné enamel medallions and precious stones, with more than 100 000 decorative enamel plates. The triptych dates back to the VIII-XI centuries. In the XIX century the icon was stolen and greatly damaged especially the central picture of the Virgin (only the hands and the face of the saint survived) but it is still the world’s largest and the most stunning cloisonné