In the south of Georgia you will find the provinces of Meskheti and Javakheti - a land of forested mountains and steep river valleys, gushing rivers and clear lakes. The region is dotted with castles and fortresses from different periods - a legacy of frequent invasions thanks to its geographic location - but the jewel in the crown of this fascinating region is surely the cave town of Vardzia.

Vardzia is a huge cave complex that once consisted of some 3000 caves and could house around 50,000 people. It  was built during the reign of Queen Tamar, a great ruler of 12th century Georgia. Vardzia is a place of wonders - artfully carved caves connected by long tunnels, all   hewn by hand over 800 years ago, a natural cold-water spring  trickling from the rock-face, beautiful frescoes still as bright as the day they were first painted... The cave town survived earthquakes and invasions and once again houses a working monastery.
Khertvisi Fortress (10th century) had a vital role in the defense of the region since it stands above the confluence of the Mtkvari and Paravani rivers. No matter which way the enemy invaded, they had to pass this point. Yet today the fortress still stands defiantly on its rocky promontory with its towers and secret tunnels and is now rather more welcoming of visitors.
Atskuri Fortress (9th century) was of vital strategic significance for many centuries since it was the last
fortification along the Mtkvari River. If Atskuri fell, Georgia was left open to enemy invasion.

Sapara (“Hidden”) Monastery lives up to its name. Until you reach the very gates you barely notice this 13th  century complex, nestled as it is high above a gorge in forested mountains. The interior of the church is decorated  with the frescoes of outstanding quality. A visit to the monastery will also reward you with nice views of the  surroundings.
Borjomi mineral-spa town was renowned in the 19th century as the playground of the Russian nobility and several attractive buildings still remain from that era, notably the Summer Palace of Duke Mikhail Romanov, son of Tsar Nicholas I. Today Borjomi is a popular resort and the centre of a nature reserve of dense forests harbouring hundreds of varieties of plant and animal species. The town is also famous for its mineral water “Borjomi”.
The Borjomi-Kharagauli National Park is supported by WWF. lies in central Georgia and is the one of the largest parks in Europe. It covers
1% of the total territory of the country. A great variety of habitats here are still preserved in their virgin state. Alongside with flora and fauna, the area is also rich in historical monuments. The park is now supported by WWF.

Bakuriani Ski Resort is located at 1800m above sea level. This is where the Soviet team used to get training in winter sports, although Bakuriani was a famous place back in the times of the Russian Empire, when a railway was constructed in the village connecting it with the town of Borjomi. Favourable climate and fir and pine woods make Bakuriani a popular summer resort as well. Here you find the Botanical Gardens with over 800 species covering 17 hectares. A pleasant walk to Mt Kokhta (2100m) will allow you to see some highest peaks of the Caucasus (Mt Elbrus 5642m, Mt Shkhara 5068m,
Mt Kazbegi 5047m, Mt Ushba 4700, ) and the biblical Mt Ararat (5165m).
The Town of Akhaltsikhe is the administrative centre of the region. Its name means “New Castle”, though the town is quite ancient populated since
the Bronze Age. The 12th century citadel built on the hilltop dominates Rabati - the old part of Akhaltsikhe. Here you can also visit the Museum of History and Art. Alongside with Georgian Orthodox churches in this interesting town you can find Armenian and Catholic churches, a mosque and a synagogue revealing its multi-cultural and multi-religious character.
Zarzma Monastery – The first church on this site was built in the 6th-7th centuries by the monk Serapion Zarzmeli, although the present complex dates back to the early 14th century. The main church is renowned for its suberb frescoes, while the inscriptions of the monastery provide invaluable information on the history of Georgia.
Vanis Kvabebi Cave Complex (8th century) – Located along the Mtkvari river the isolated cave complex of Vanis Kvabebi consists of some 200 caves. Here alongside with dwelling cells we find churches, storerooms, tunnels and water-gathering systems.
The Abastumani Observatory - Do you look wonderingly up into the night sky and imagine what it would be like to go to the moon if only you could? Never mind, instead you can come to Georgia and visit the Abastumani Observatory - the first mountain observatory in the former Soviet Union, located high up amongst steep hills at 1650m. Here through the powerful telescope you can clearly see the surface of the Moon and even of Saturn and Jupiter. 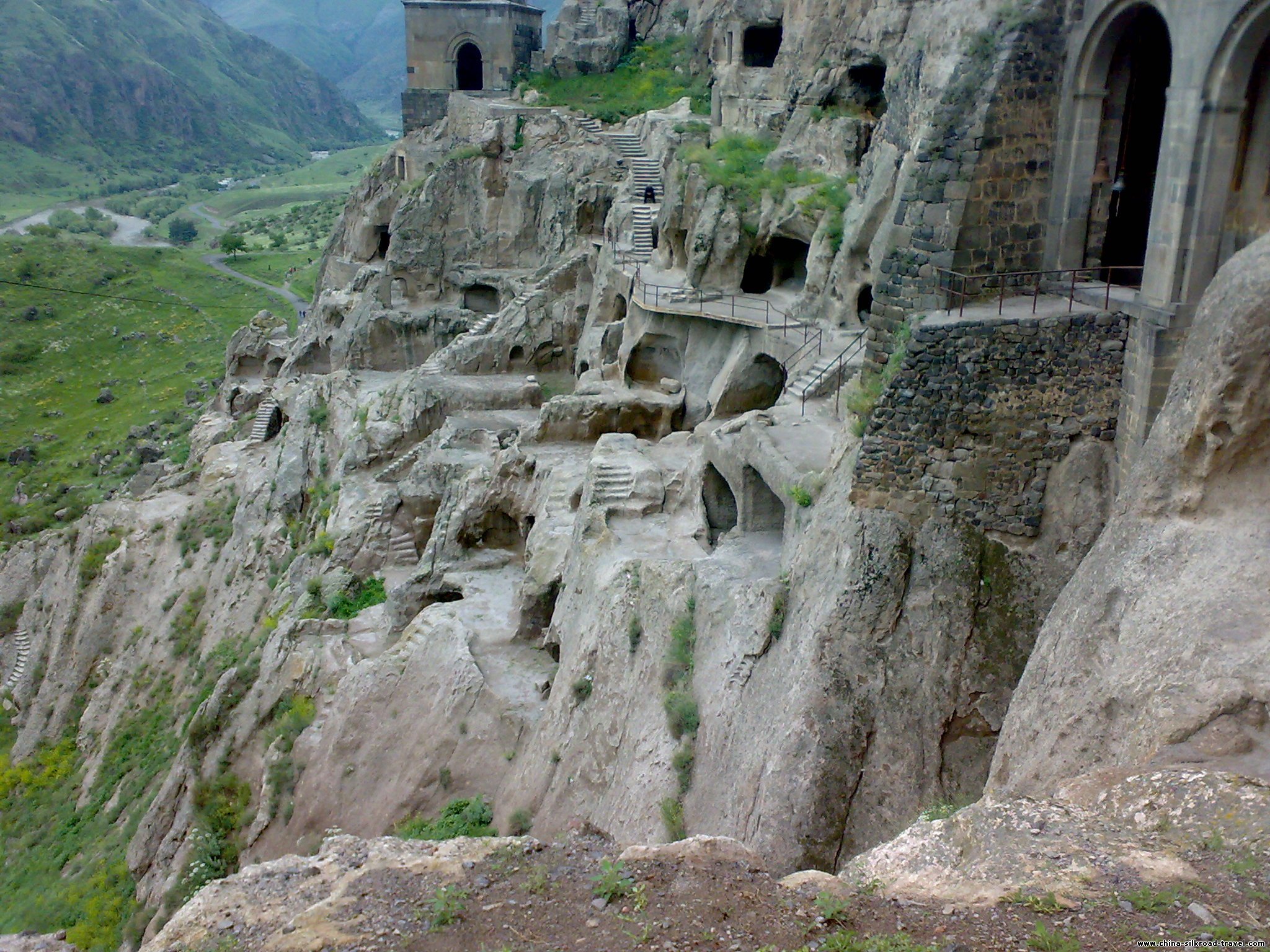 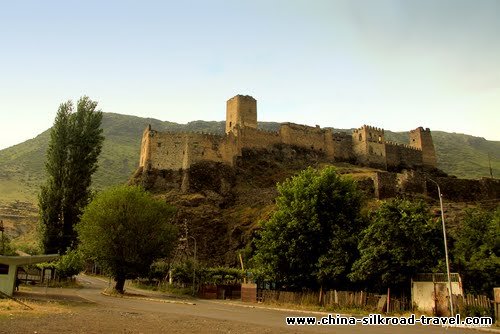 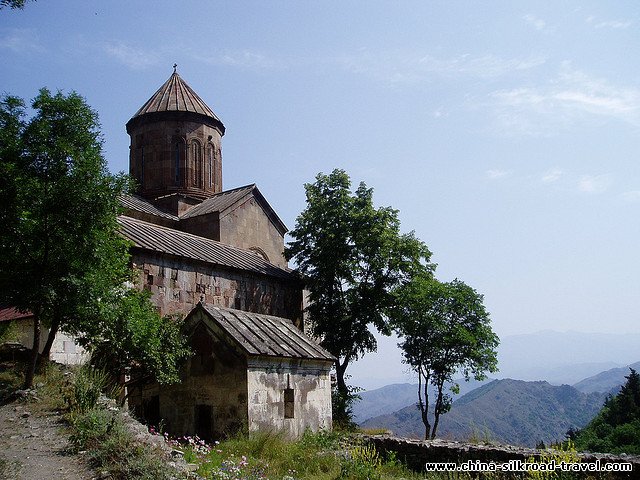 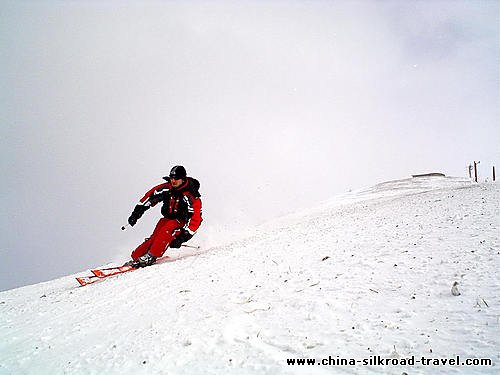 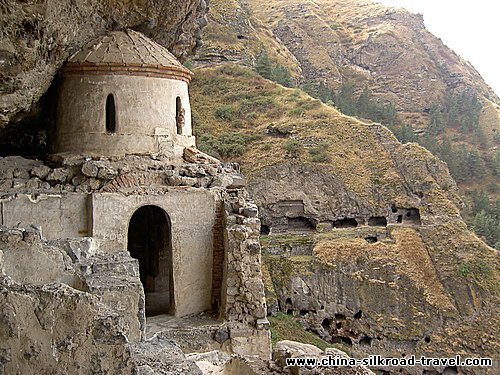