The Introduction of Huanglong

As one of the fantastic and beautiful travel destinations along the silk road, it is the best place where you can see the calcification pools and many natural views, such as forests, canyons, snow mountains and waterfalls.

Introduction of Huanglong Nature Reserve:
Huanglong, which means yellow dragon, it is situated in the northeast of Songpan, the scenery is famed for its mountainous landscapes, colourful pools of limestone formations, diverse forest ecosystems, as well as waterfalls and hot springs. The Huanglong area also has a population of endangered animals, including the giant panda and the Sichuan golden snub-nosed monkey. The diversity of plants and animals here is high due to its location within four floral regions, its wide altitudinal range, and the extensive undisturbed forests.

What to visit in Huanglong Nature Reserve?
The Huanglong Nature Reserve covers an area of about 700sq-km consisting of two parts - Huanglong and Munigou. Huanglong includes Huanglong Valley, Danyun Gorge, Snow Treasure Peak, while Munigou comprises two scenic spots-the Zhaga Waterfall and the Erdao Lake. Throughout the Huanglong valley are many fascinating limestone formations formed by the water that constantly flows from the melting snow of the surrounding mountains. Xuebaoding, the main peak of the snow-capped Minshan, rising 5,588m above sea level, is covered in snow all year-round. The temperature difference can easily be felt in the park.

Pagodas of Huanglong:
Huanglong has been noted since ancient times. A pair of small stone pagodas are found in the Yuya ponds at the head of Huanglong Valley. The Songpan County Chronicles recorded that Huanglong's three temples, one behind the other, were built in the Ming Dynasty (1368-1644), and attracted a large number of worshipers. The front and middle temples are mostly dilapidated, but the back temple, at the end of Huanglong Ravine, and the Hall of the Goddess of Mercy in the middle temple are well preserved. In the middle of the sixth lunar month each year, a Miaohui (temple fair) at Huanglong attracts local people from the Tibetan, Qiang and Hui ethnic groups.

Huanglonggou:
Much of the landscape of Huanglong, notably around Huanglonggou, is important in local Tibetan religion, culture and folklore. There are many legends associated with various natural features in the area.
The Huanglong Nature Reserve was enrolled as a world natural heritage site by UNESCO in 1992.

Limestone Landscapes:
The main attraction of the Huanglong valley is the 3.6-kilometer-long and 30 to 70-meter-wide pale yellow calcareous deposits. At the end of the valley, water from melting snow mixes with limestone water from underground, flowing down the mountain terraces, depositing the calcium carbonate from the limestone water on the rocks, stones, and fallen branches in its path. The calcium carbonate, in turn, develops into solid, low travertine banks and reacts chemically with organic and inorganic substances, resulting in various kinds of calcareous deposits that reflect a golden color in the sunlight in the water that flows down the slopes just like a huge yellow dragon flying down the snow mountain. When water flows into two separate streams, it naturally turns into more colorful lakes and waterfalls, forming a ladder-shaped lake group. The water is crystal clear. The mineral deposits at the lake bottom look like jadeite and agate - magnificent and beautiful.

Huanglong Temple (Yellow Dragon Temple):
The temple lies at the foot of Xuebaoding, the major peak of Mt. Minshan. At a distance of about 20 miles off the entrance of the valley, it provides a retiring place for the visitors. The temple consists of three small ones - the front, the middle and the rear temples, which mark the head, the waist and the tail of a dragon respectively, going all the way down the valley. The front temple has almost been ruined. The middle temple has five halls remaining, to worship the Goddess of Mercy and the 18 arhats. As for the rear temple, it enshrines the Dragon King. On the 15th of every sixth lunar month, the day when the yellow dragon was said to achieve his Buddha-hood, a big temple fair is held in the rear temple. At that time, local people of different groups come to attend, praying for good fortune and harvests. Young people also find it the best time to tell sweet words to their lovers.

Huang Long Cave(Yellow Dragon Cave):
This huge cave lies behind the rear temple, is filled with stalactites. In winter, there are icicles and ice waterfalls hanging inside. Left of the hall in the cave, there are three seated Buddha statues from the Ming dynasty (A.D.1368-1644). Now all of them are coated with a thick layer of lime deposits.

When is the best time to visit?
Every April to November is the best time to travel to Huanglong, because during that period, the temperature of the scenic area is moderately cool, and abundant precipitation, plus the scenery is quite spectacular. Meanwhile, travelers are suggested to avoid public holidays as much as possible, because the cost of accommodation and catering is quite expensive.
In addition, around mid-July is the Huanglong Temple Fair in the Huanglong Scenic Area. Ethnic Qiang and Tibetans dress in their traditional clothes in honor of the god of Huanglong.

Travel tips:
1.The scenic spot belongs to the plateau climate, so travelers are suggested to carry some warm clothes plus sunscreen products.
2.It is quite important to be prepared when up in the mountainous areas, be sure to bring plenty of food and drinks.
3.The altitude of the scenic spot is high, and some tourists may have an altitude reaction. There are many oxygen sites in the scenic area, and it provides the free oxygen inhalation, but the oxygen tools need to be purchased. 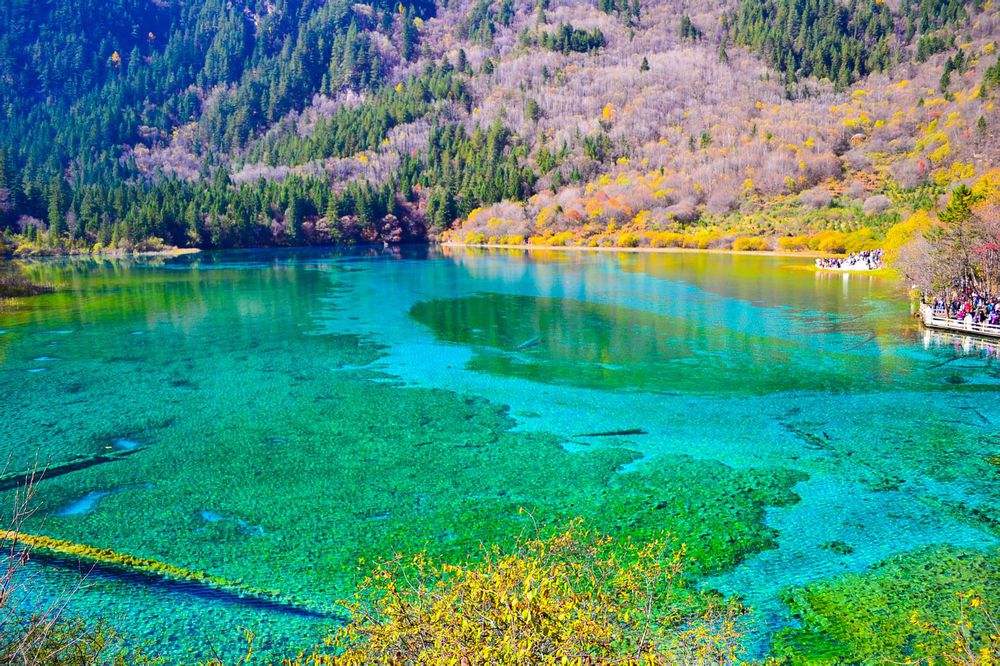 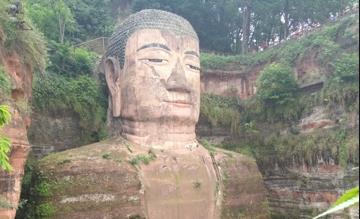 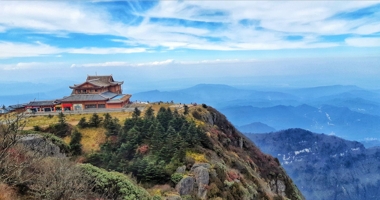 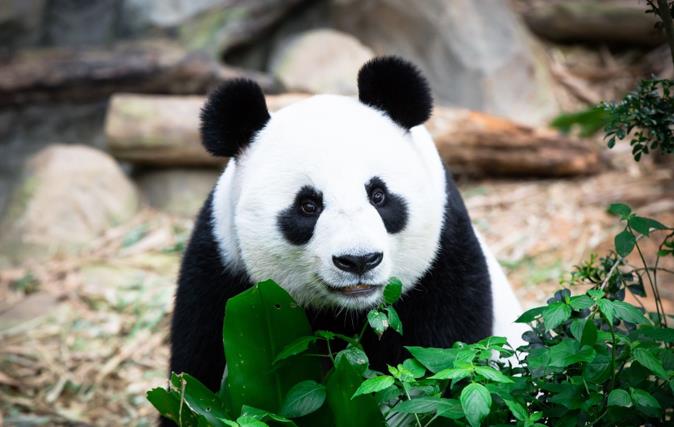 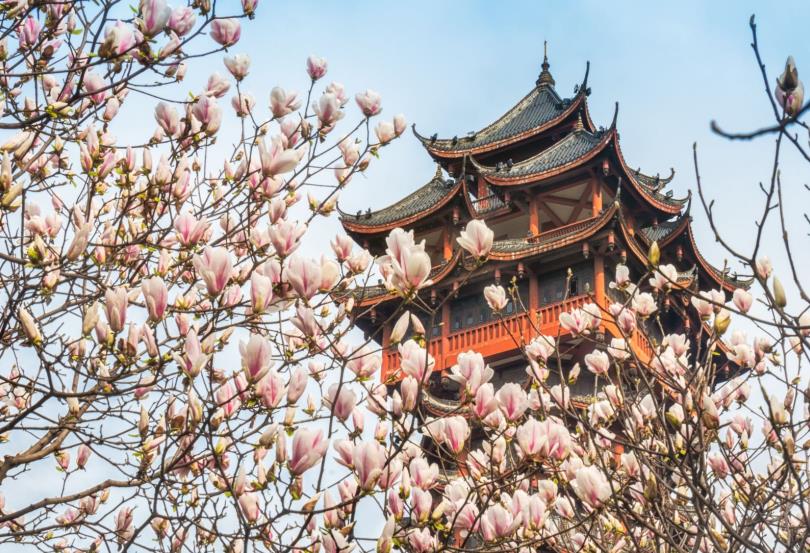 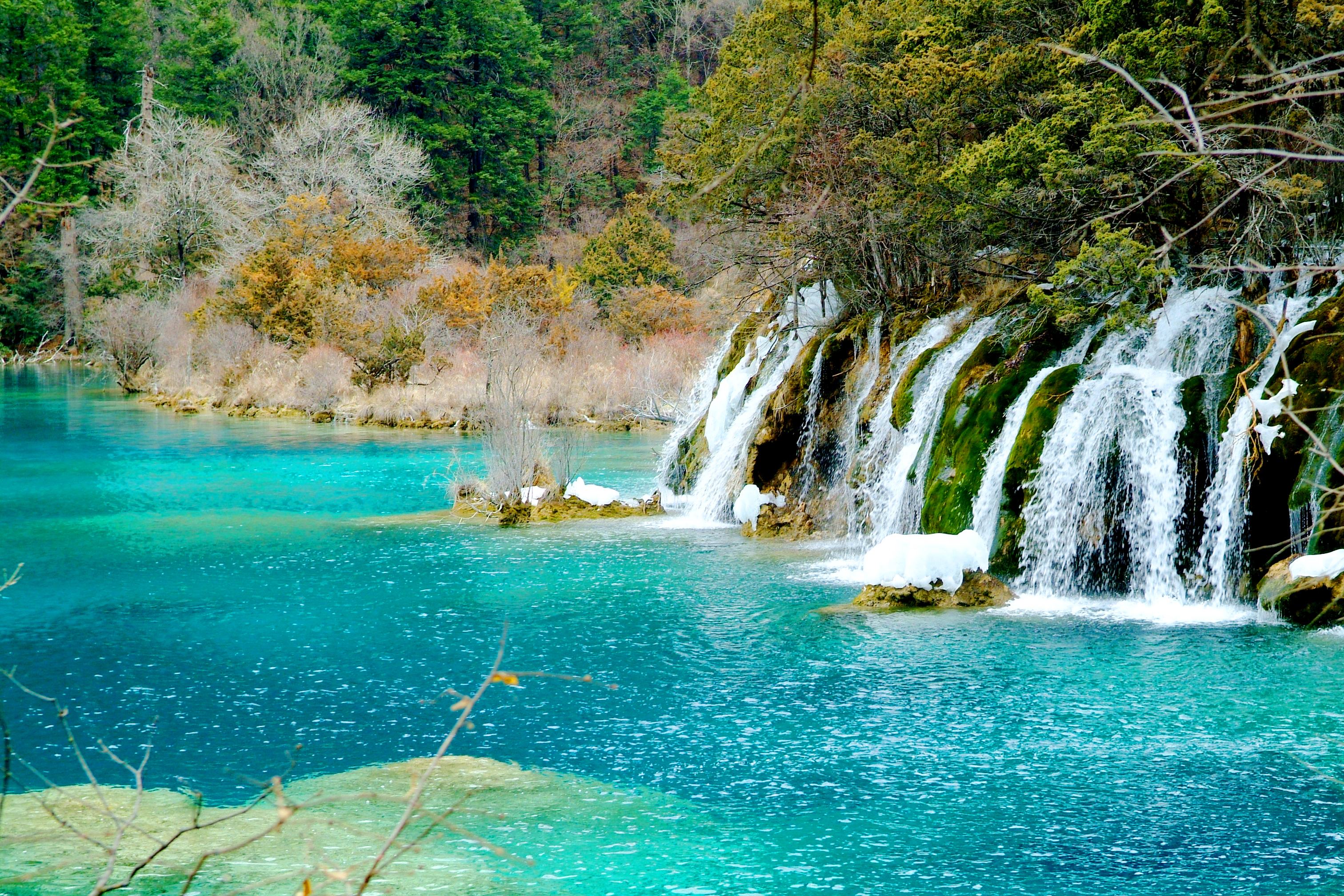 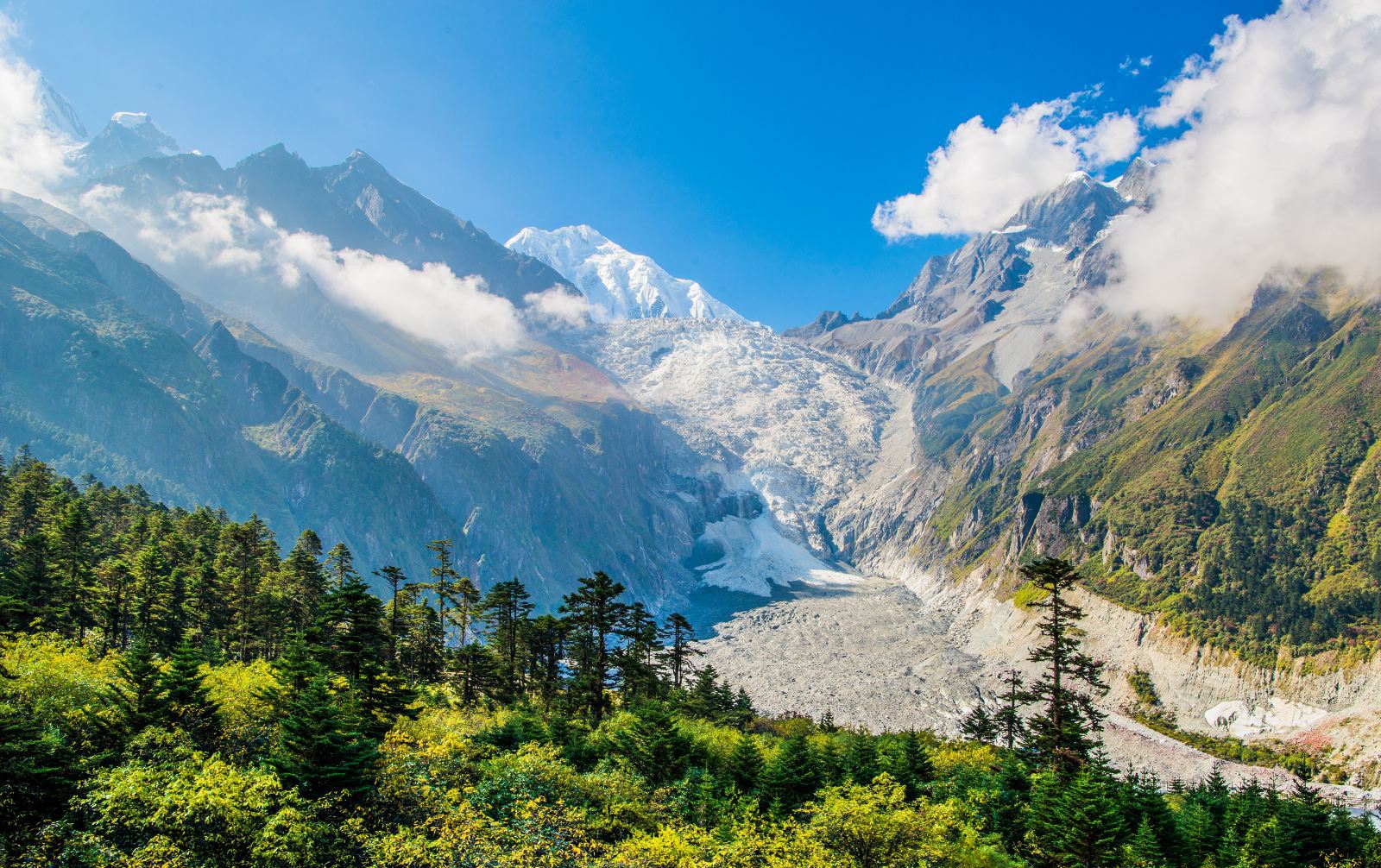 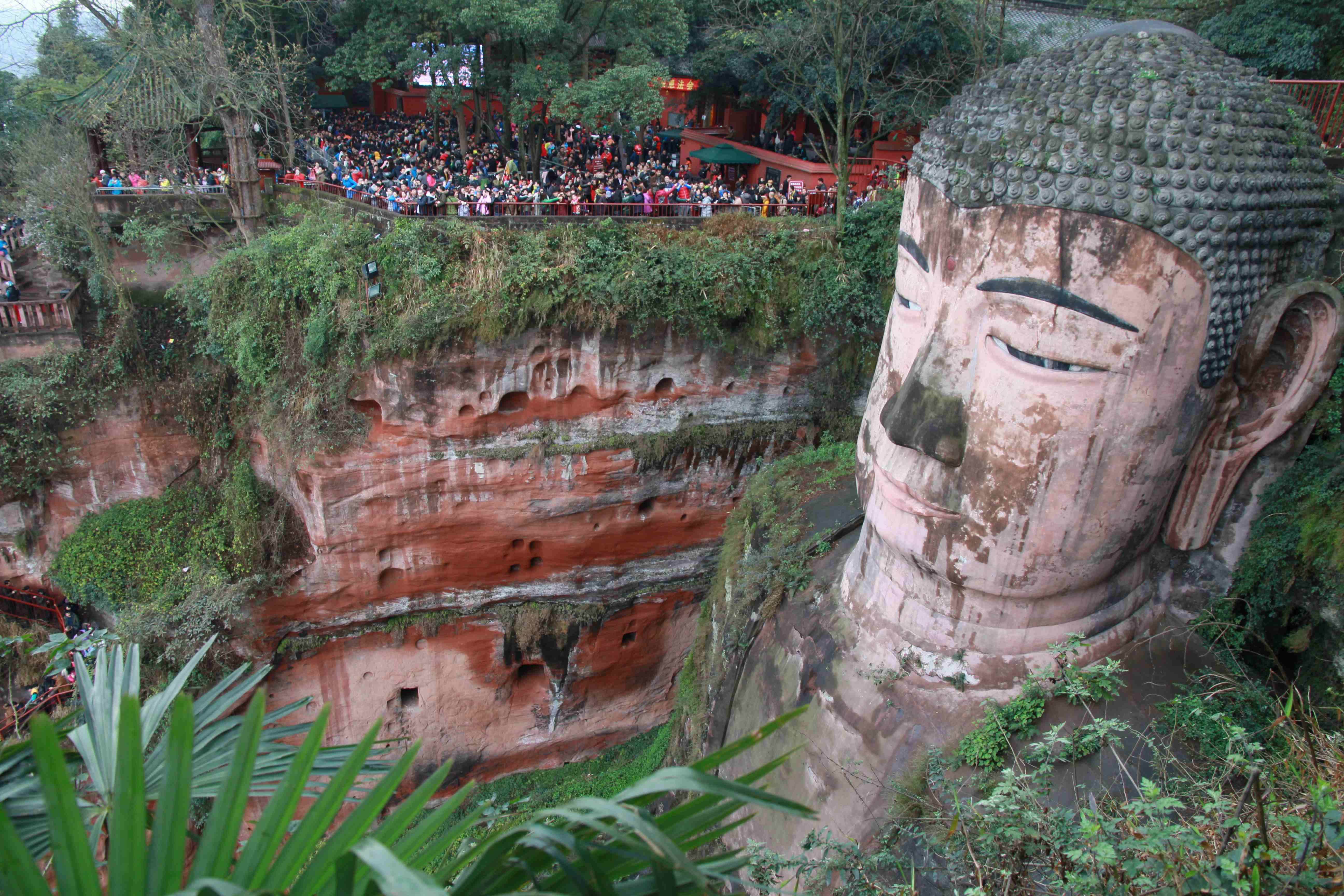